The World Bank has canceled its annual Doing Business report after an independent investigation found the bank “pressured” economists into modifying data in 2018 to boost China’s ranking, the Wall Street Journal reported Thursday.

“Although the data-gathering process for the 2018 report was finished, the World Bank’s economists reopened the data tables and altered China’s data,” the Journal relayed on September 16, citing the investigative report’s findings. “Instead of ranking 85th among the world’s countries, China climbed to 78th due to the alterations.”

The U.S. law firm Wilmer Hale conducted the probe into the World Bank’s Doing Business report and published its findings on September 15. Kristalina Georgieva and Jim Yong Kim, who served as the World Bank’s chief executive and president, respectively, in 2018, are implicated in the report. Georgieva now works for the International Monetary Fund (IMF) as its managing director. 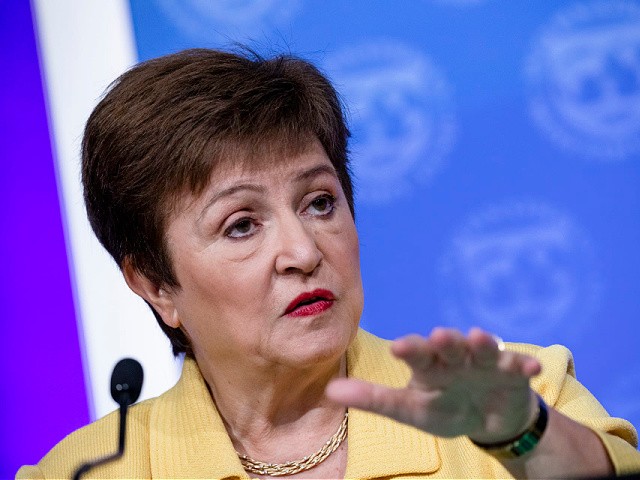 IMF Managing Director Kristalina Georgieva speaks during a joint press conference with World Bank Group President David Malpass on the recent developments of the coronavirus, COVID-19, and the organizations’ responses on March 4, 2020, in Washington, DC. It was announced yesterday that the Annual Spring Meetings held by the IMF and World Bank in Washington, DC have been changed to virtual meetings due to concerns about COVID-19. (Photo by Samuel Corum/Getty Images)

The World Bank’s leaders, including Georgieva, “were attempting to persuade China to support a boost in the bank’s funding” during the time period coinciding with the data modifications, according to the Journal.

During a meeting of senior World Bank Staff on October 17, 2017, “the President’s aides raised the issue of how to improve China’s ranking in the report,” according to a summary of the Wilmer Hale probe.

“Doing Business leadership believed the concern was coming from President Kim directly. The group discussed methodological changes to the report that might boost China’s ranking,” the summary revealed.

During a meeting organized by Georgieva the next day, October 18, 2017, “a member of Doing Business leadership” suggested another way to “raise China’s ranking,” according to the summary.

The unnamed staff member proposed “alter[ing] the methodology and [using] the higher scoring of the two cities included in China’s data (Beijing and Shanghai) rather than a weighted average as was typically used for countries with data collected from the two cities.”

“CEO Georgieva instructed this employee to run a simulation using that strategy and to report back,” according to the report.

Elsewhere during the October 18 meeting, Georgieva “chastised” the World Bank’s then-country director for “mismanaging the Bank’s relationship with China and failing to appreciate the importance of the Doing Business report to the country.”

The World Bank later determined that the recommendation regarding Beijing and Shanghai did not serve its intended purpose of increasing China’s ranking and nixed the plan. 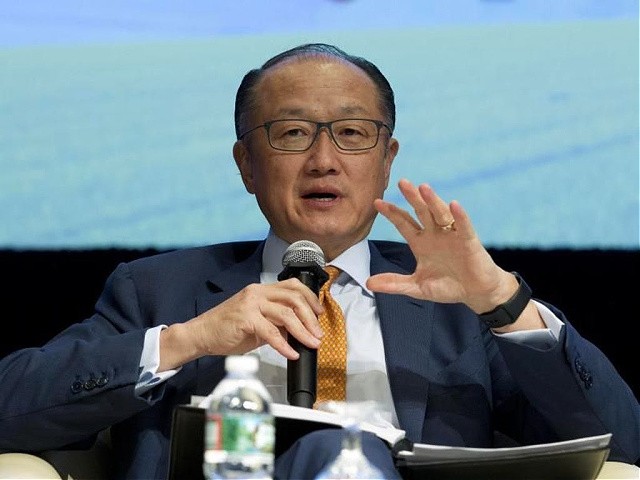 “Ultimately, the team identified three data points that could be altered to raise China’s score,” according to the Journal. One of the alterations included a law then recently passed by China “related to secured transactions, such as when someone makes a loan with collateral. The World Bank staff determined it could give China a significant improvement to its score for legal rights, citing the law as the reason.”

Wilmer Hale said the “majority” of Doing Business staff it spoke with “expressed a fear of retaliation” if they did not comply with the requested data modifications for China.

Georgieva later thanked a senior employee of Doing Business for complying with the alterations, telling him he had done his “bit for multilateralism.”

The Doing Business report was the World Bank’s annual assessment of the economic landscapes of different countries, including the ease of conducting business within each listed nation.