Locals in North Korea revealed in remarks to Radio Free Asia (RFA) on Tuesday that communist officials are encouraging civilians to eat less for at least another three years, a demand they consider akin to being told to “starve to death.”

North Korea shut down its border with China in the immediate aftermath of the Wuhan coronavirus outbreak in early 2020, cutting off its largest trade partner. North Korea continues to claim it has not documented a single case of Chinese coronavirus within its territory in the entirety of the pandemic

While the regime of dictator Kim Jong-un is under an unprecedented international sanctions regime, reports from the border indicate that China regularly violated those sanctions and maintained a robust local economy on Yalu River border with North Korea prior to the pandemic.

In late 2020, American military officials revealed they had reason to believe North Korean authorities had issued an order to shoot and kill anyone attempting to cross into the country, including Chinese traders. The abrupt disappearance of Chinese products from North Korea coupled with devastating floods limiting North Korea’s crop output has created an ongoing, severe food shortage nationwide.

Kim has repeatedly urged North Korea to conserve resources and warned of another “arduous march” in the future, using a term typically reserved for the mass starvation period that the country endured in the 1990s.

RFA’s sources, who did not disclose their identities out of fear of retribution from the oppressive regime, stated that local officials have told citizens the Chinese border will be closed through 2025 as a result of the pandemic.

“Authorities emphasized that the possibility of reopening customs between North Korea and China before 2025 was very slim,” one unnamed North Korean said. “The food situation right now is already clearly an emergency, and the people are struggling with shortages. When the authorities tell them that they need to conserve and consume less food until 2025… they can do nothing but feel great despair.” 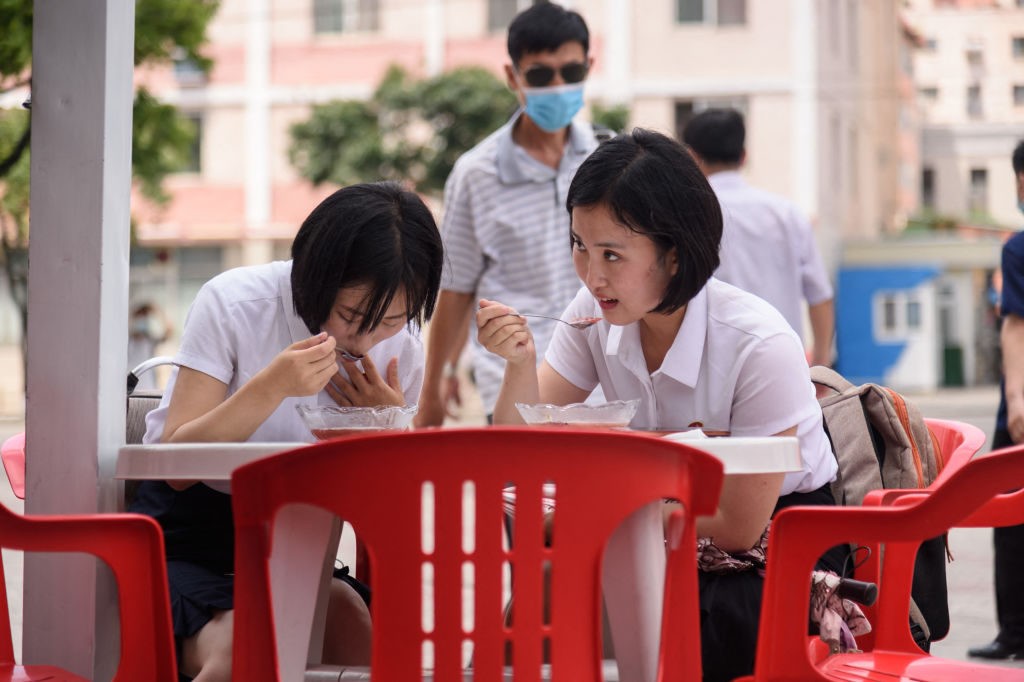 “Some of the residents are saying that the situation right now is so serious they don’t know if they can even survive the coming winter,” the person lamented. “They say that telling us to endure hardship until 2025 is the same as telling us to starve to death.”

“Residents are already struggling to get by and have already tightened their belts as much as possible. They resent the unrealistic demands of the authorities,” another North Korean said, noting that locals believe Kim Jong-un may not be personally aware of how severe food shortages have become and so is not acting with urgency to help feed them.
North Korean government newspaper Rodong Sinmun appeared to respond to concerns that Kim was not sufficiently involved in North Korean politics in an article titled “We Live Under the Warm Care of Respected Comrade Kim Jong-un” on Monday.

“The respected General Secretary Kim Jong Un never tolerates inconveniences to people no matter how trivial they may be,” the article claimed, telling the story of how Kim allegedly local officials at a water park to fix a broken clock because “what had really stopped were the hearts of officials who served the people.”

Local communist Workers’ Party (WPK) officials, RFA reported, have justified the move by insisting that the coronavirus pandemic is continuing to devastate the rest of the world to such a degree that opening the Chinese border is more dangerous than urging people to limit their food consumption. The sources told RFA that residents objected to the implication that the rest of the world was facing worse crises than those in North Korea: “Where on Earth could there be people going through more difficulty than we are?”

The alleged claim that the global coronavirus situation is deteriorating contradicts World Health Organization (W.H.O.) statistics. In its Tuesday weekly report, the W.H.O. documented a slight increase in global cases between October 19 and October 26, but a global decline in cases with the exception of Europe. A significant exception to this trend, however, is China, which is currently battling coronavirus outbreaks in at least 11 provinces in the aftermath of widespread celebrations of the Communist Party in early October.

North Korea has justified the widespread food shortages internationally by attacking the United States as well as focusing on the devastation caused by flooding in the countryside during the 2020 rainy season. Kim Jong-un has personally taken responsibility and on behalf of the Party, however, dramatically apologizing in a speech last year and repeatedly berating underlings for “irresponsibility and incompetence,” vowing purges of neglectful Party officials. 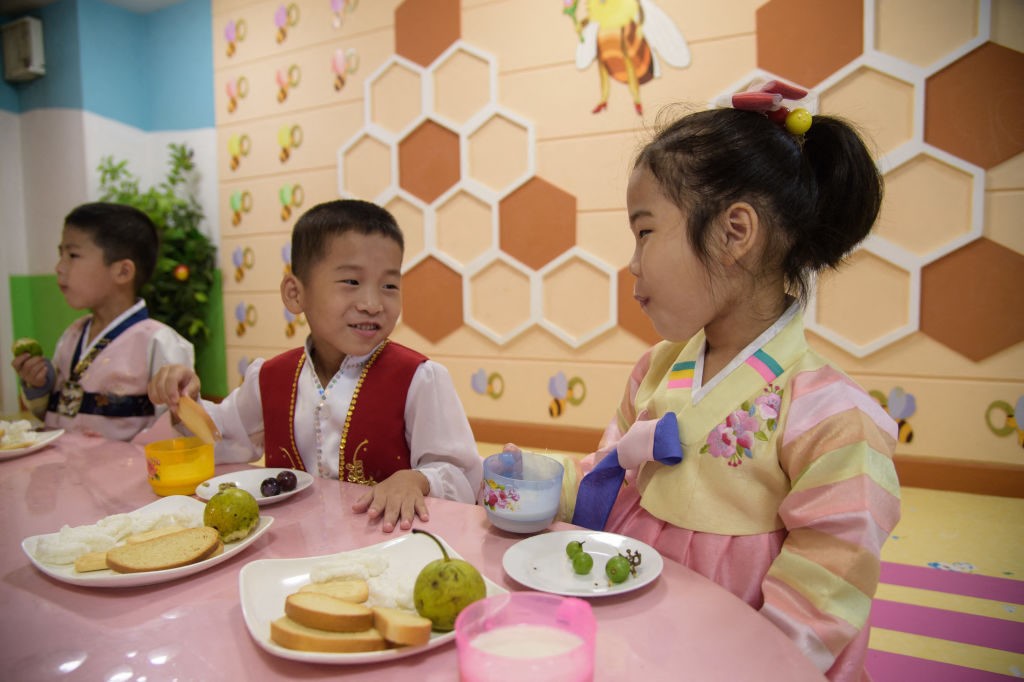 Children eat snacks during recess at the Pyongyang Orphanage in Pyongyang on September 2, 2021. (KIM WON JIN/AFP via Getty Images)

In one particularly incensed speech in April, Kim blamed Party officials for “a great crisis in ensuring the security of the state and safety of the people” related to the coronavirus pandemic – which, according to Kim’s regime, has not caused a single infection in the country.

In June, Kim again warned that the country appeared to be running out of food “due to the damage by [the] typhoon last year.”

That month, Kim also appeared in public having apparently experienced a dramatic loss of weight. North Korean state propagandists reported that citizens were “heartbroken” to see him, implying that he had lost the weight by reducing his food intake in solidarity with starving North Koreans.

“Day after day, we witness touching events eloquent of the respected General Secretary’s ardent love for the young generation,” the article asserted, encouraging residents to have children. “His [Kim’s] attentive care for the coming generation pervades children’s palaces and camps in different parts of the country full of their laughter and songs and their new school uniforms, notebooks, schoolbags and schools.”