The Chinese government publication Global Times welcomed electric car company Tesla to Xinjiang, this week, claiming that CEO Elon Musk’s decision to do business in a region known for enslaving ethnic minorities is an indication American companies are “shrugging off” human rights concerns.

The Global Times also took Musk’s move into Urumqi – a regional capital known for its draconian, pervasive police state fueled by advanced surveillance technology – as a sign that the Uyghur Forced Labor Prevention Act has done little to scare American businesses out of the region.

The Uyghur Forced Labor Prevention Act, passed by Congress and signed by President Joe Biden last month, creates a rebuttable presumption that all goods produced in Xinjiang were produced by slaves. Companies may only import Xinjiang-made or grown products into America if they show proof that slaves were not involved in the development of those products. While a step forward for the anti-slavery cause, Congress passed the law nearly two years after the publication of an extensive report detailing how the Chinese government used business incentives to sell and bus Uyghur slaves to nearly every major factory in China. Goods produced in regions outside of Xinjiang are exempt from Uyghur Forced Labor Act limitations.

Xinjiang, known by its inhabitants as East Turkistan, is an occupied region on China’s western border. The Chinese Communist Party has imprisoned as many as 3 million ethnic minority people, the vast majority of them Uyghurs, in concentration camps there. Survivors say they endured horrific abuse including torture, gang rape, forced sterilization, indoctrination, and slavery. 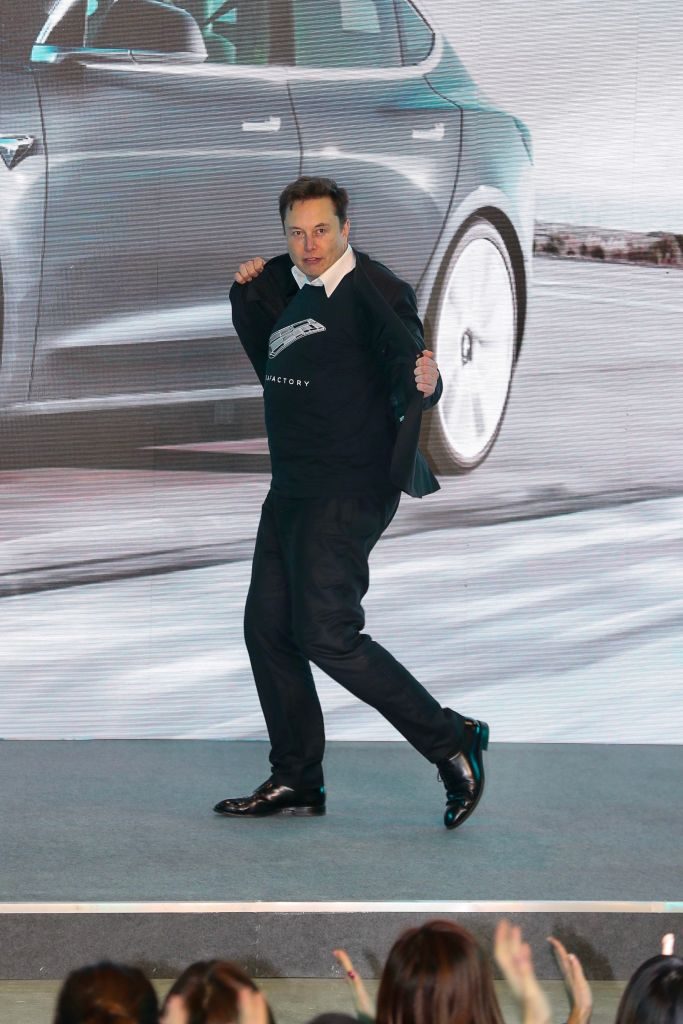 Tesla made no mention of any of these abuses in its announcement that it would open a showroom in Urumqi on Weibo, China’s largest government-controlled social media outlet.

“As the first Tesla center in Xinjiang, it will integrate sales, post-sale services, and delivery to help Xinjiang users enjoy a one-stop service experience and accompany Tesla owners on their western journey,” the company announced on Weibo. Tesla also invited fans to enter a drawing to win “custom sunglasses” and other company swag.

The Global Times celebrated on Tuesday that a Chinese company, Erke, announced it would conduct more business in the occupied region “as more companies, including US electric carmaker Tesla, increase their presence in the region, shrugging off a US crackdown.”

“On December 31, US carmaker Tesla opened its first showroom in Xinjiang. Tesla has built and opened seven super-charging stations and 36 super-charging piles in Xinjiang,” the Times noted. “It is expected that more companies will invest in Xinjiang due to its abundant natural resources and industrial advantages, experts said.”

The “experts” the propaganda outlet relied on were from its usual stable of government-approved commentators and praised East Turkistan as “a promising land that has yet to be fully explored,” presumably by the Han Chinese Communist Party and its business affiliates like Tesla.

In a separate article on Tuesday, the Global Times encouraged the Party to ensure that East Turkistan was “indispensable” to all global business, making the price of not participating in the human rights atrocities occurring there too high for international companies.

“Even though it is crystal clear that the so-called ‘forced labor’ and ‘genocide in Xinjiang’ are sinister lies made up by American politicians and some Western media, it is regrettable that some companies easily fold to this political pressure,” the Times claimed. “What China needs to do is to boost Xinjiang’s economic importance to the level that cannot be easily overlooked or abandoned by these businesses.” 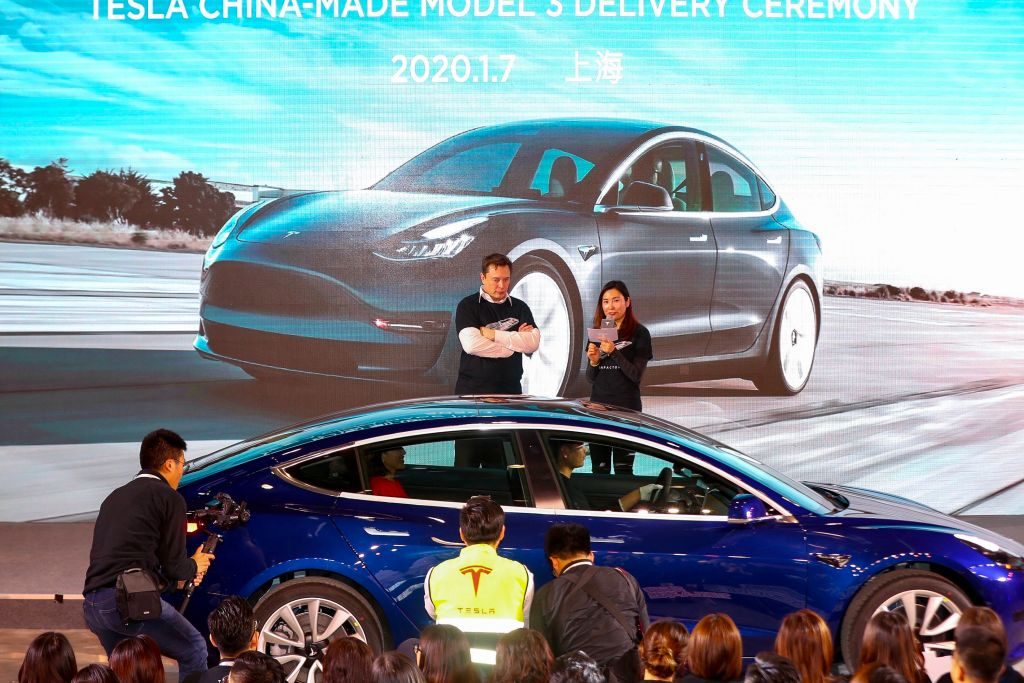 Multiple extensive research studies have proven allegations of slavery in East Turkistan, contrary to the Global Times‘ claims. The Uyghur Tribunal, an independent research organization, published an extensive ruling in December – including testimony from a large number of witnesses, including former Chinese regime agents – finding that China was “beyond a reasonable doubt” guilty of genocide against the Uyghur people and other ethnic minorities in Xinjiang.

“US electric car giant Tesla last week opened an electric car showroom in Urumqi, capital city of Northwest China’s Xinjiang Uygur [sic] Autonomous Region, a move that several Western media outlets claimed was slammed by anti-China forces in the U.S.,” the Chinese state newspaper recalled. “While it is encouraging to see a high-profile American company choose Xinjiang at a time when the West is vilifying the region with a litany of groundless lies, it is worth noting that Tesla’s move was mostly motivated by commercial calculations.”

“Xinjiang’s abundant electric power resources have made it an important producer of clean energy in China, and Tesla’s new showroom in the region may also underline its great attractiveness in the development of the new-energy vehicle market,” it claimed.

The Global Times emphasized Tesla’s founding in America despite Musk’s background as a South African immigrant and his repeated statements denigrating American society while praising China. Among other comments, Musk has dismissed Americans as “complacent” compared to the “hard-working” Chinese – he did not clarify if he mean the Han ethnic majority or the Uyghur slaves – and has claimed that the totalitarian Chinese Communist Party is “more sensitive to public opinion” than freely elected American politicians.

“To be totally frank, I’ve seen some crazy things so, you know, I think it’s, like – I really think China is the future,” Musk declared at an event alongside now-disgraced Alibaba founder Jack Ma in 2019. Ma – the man behind the brutal, 12-hour “996” work schedule – disappeared from public life last year after mildly criticizing dictator Xi Jinping. 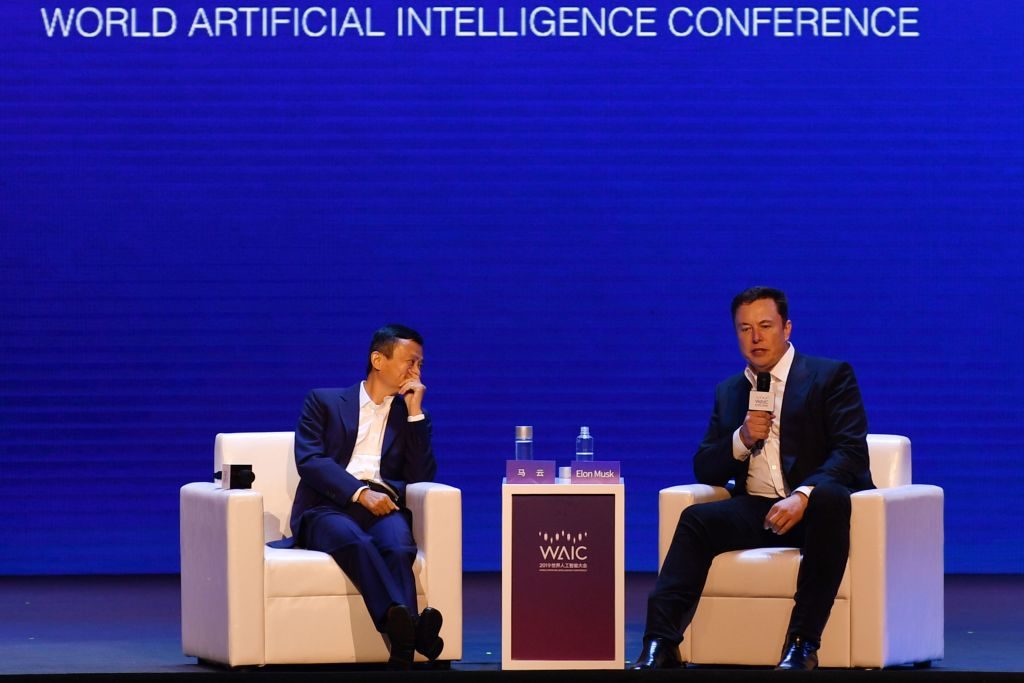 While eagerly praising the genocidal Chinese Communist Party, Musk and Tesla endured a difficult 2021 in China after the Chinese government allowed growing numbers of complaints to surface online – and at least one in-person protester – regarding the poor quality of Tesla vehicles. Tesla attempted to get the Communist Party to censor the criticism online; the protester was arrested. Tesla issued an official apology after the protest incident in April.

The Communist Party of China Central Commission for Discipline Inspection applauded the apology, stating that it was refreshing that Tesla “showed some form of sincerity and humility.”