On Tuesday’s broadcast of MSNBC’s “Ayman Mohyeldin Reports,” Rep. Kathleen Rice (D-NY) stated that the New York State Assembly should take up impeaching New York Gov. Andrew Cuomo (D), and the moment calls for forgetting about Cuomo’s conduct around nursing homes and his book “right now” and dealing with the report about his sexual misconduct, “which lays out, to me, copious amounts of evidence that would justify removing him from office.”

Rice said that while Cuomo should resign, he won’t, and she hopes the state Assembly takes up impeachment. She added, “It’s well within their jurisdiction to do it. … I believe they’ve tied that investigation for possible impeachment into what was going on with the nursing homes and the $5 million that the governor made on his book. But I think that it would — what this moment calls for right now is to forget about those other two things right now and deal with this report, which lays out, to me, copious amounts of evidence that would justify removing him from office.” 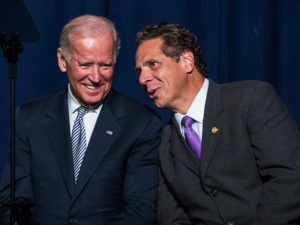