CLAIM: Raising the cap on the amount of state and local taxes, known as the SALT cap, that can be deducted from income for federal tax purposes would benefit lower-income Americans.

“Those with lower incomes would be able to fully write-off state and local taxes,” Whitehouse press secretary Jen Psaki said in a press conference Thursday.

VERDICT: False. No low-income taxpayers will benefit from raising the cap on state and local tax deductions.

The nonpartisan Tax Policy Center estimates the bottom three income quintiles would receive no benefit at all from raising the cap. 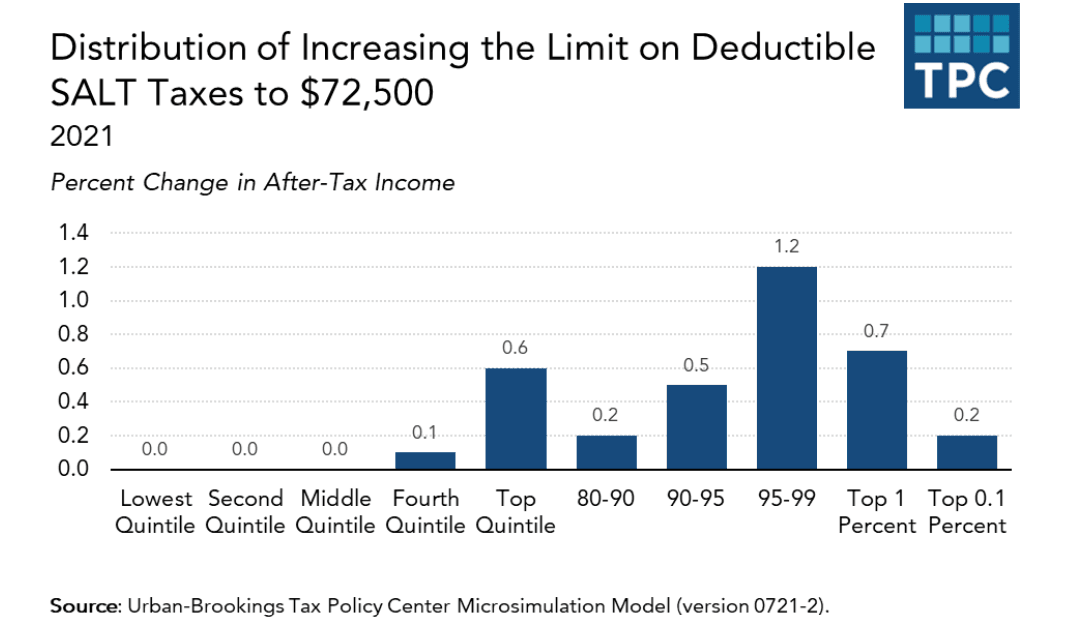 The TPC explained who really benefits and why:

Because the highest income households likely still would owe state and local taxes that exceed the new cap, those households would receive a smaller average tax cut as a percentage of their income than those slightly lower in the income scale. For example, the top 0.1 percent (those making more than about $4 million this year) would get an average tax cut of about $16,000, but it would represent only about 0.2 percent of their after-tax income.

Few low- and middle-income tax filers would benefit from the proposal because they pay significantly less than $10,000 in state and local taxes. And the vast majority—currently more than 90 percent– don’t even itemize their deductions and most would be unaffected by the increase in the cap. TPC estimates that only about 5 million more households would itemize as a result of the SALT proposal.

In short, it’s a tax cut for the wealthy that does nothing for anyone that could be described as “lower income.”