Beyonce dropped her Juneteenth single “Black Parade,” in which she touts going back to her roots in the South. But the Grammy-winning singer promptly hopped on her private plane this weekend and headed north, landing in the Hamptons with her husband Jay-Z and their three children.

Beyonce’s new song — which was released on June 19 to commemorate the end of slavery in the United States — begins with the lyrics, “I’m going back to the South, I’m going back where my roots ain’t watered down.”

The singer, who hails from Houston, Texas, did not end up heading back to the south after dropping her new single, though, and instead, flew north to New York’s luxurious seaside community in the Hamptons, according to multiple reports.

Beyonce and Jay-Z take their private plane with Blue Ivy and the twins for a getaway in the Hamptons https://t.co/sV7Rd6Ozxj

According to Beyonce’s website, proceeds from Black Parade will go toward supporting black-owned businesses through BeyGOOD’s Black Business Impact Fund, administered by the National Urban League.

“Happy Juneteenth,” read a message to fans on the singer’s website. “Being Black is your activism. Black excellence is a form of protest. Black joy is your right.”

Juneteenth was recently politicized by celebrities in the wake of the death of George Floyd, which sparked protests and riots across the country, and was followed by Black Lives Matter activists toppling statues — everything from Confederate monuments, to the first U.S. president, George Washington, to Union Army general and former U.S. president Ulysses S. Grant, to even a Catholic saint. 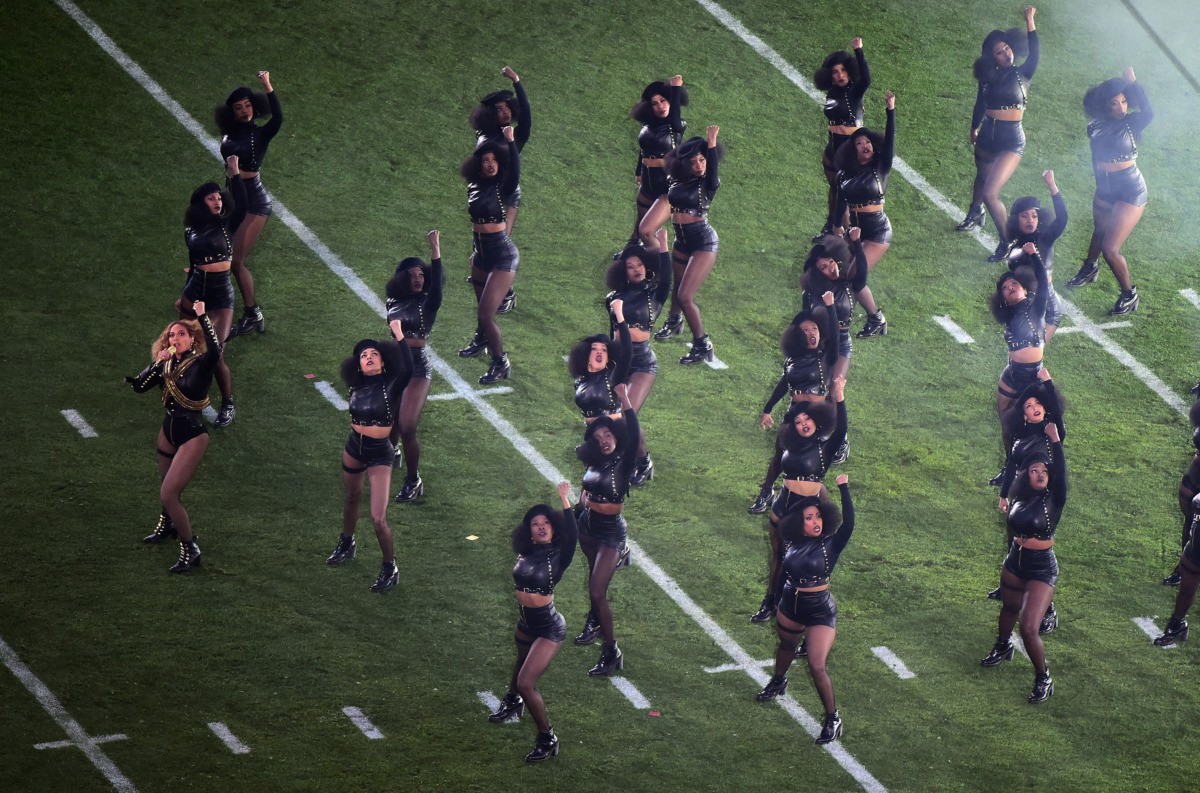 Left-wing political antics aren’t new for the former Destiny’s Child singer, who has also funded the politically leftist and divisive organization Black Lives Matter, a group that pays homage to convicted terrorist Assata Shakur at every event and cites the communist Black Panthers as a key influence.

In 2016, Beyonce put on a politically charged Super Bowl halftime show in which the singer was backed by a cadre of backup dancers sporting Black Panther berets as she performed her new single Formation in homage to the Black Lives Matter movement.

Beyonce released her album Lemonade that year, which was rife with references to racial politics, as Breitbart News previously reported.