Liberal Nashville composer Daniel Elder — who denounced arson at a Black Lives Matter riot last May — still remains canceled one year later, as his publisher has blackballed him, and local choral directors refuse to program his music for fear of receiving backlash. The musician says that after being canceled, he “started listening to voices on the right and the center,” which “shook me out of my prejudices.”

Local choral directors won’t even let Elder — who, up until last year, had a promising career ahead of him — sing in their choir, according to a report by Reason.

“I chose to be that guy who didn’t issue the apology — things went from there and it wasn’t good,” said the 34-year-old musician of her career following his denunciation of arson. “My artistic wellspring is capped. I think it will come back, but things have remained in quite a rough place after all this happened.”

Last summer, during the protests and riots that sparked in reaction to the death of George Floyd, Elder was canceled after he took to Instagram to condemn rioters who set a historic courthouse in Nashville on fire. The musician has since reportedly deleted his Instagram account. 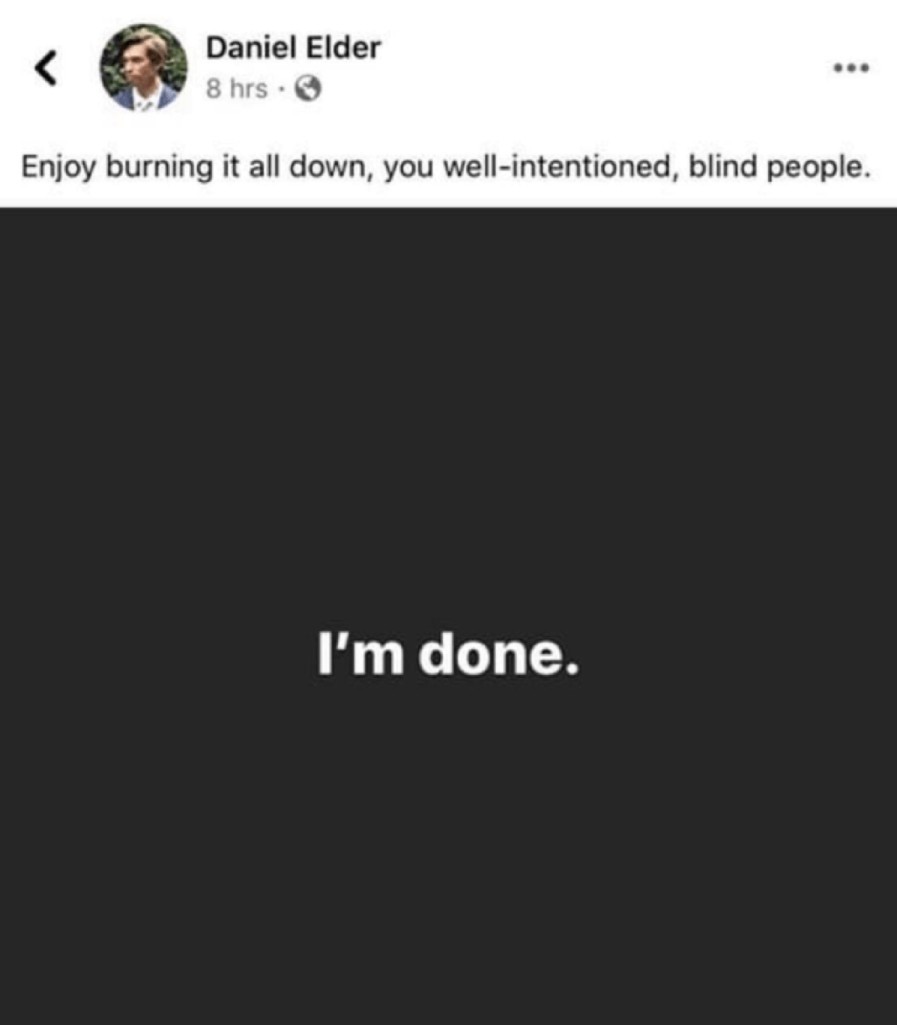 Elder had also taken to Facebook and Twitter at the time of the riots, posting, “Enjoy burning it all down, you well-intentioned, blind people. I’m done.” 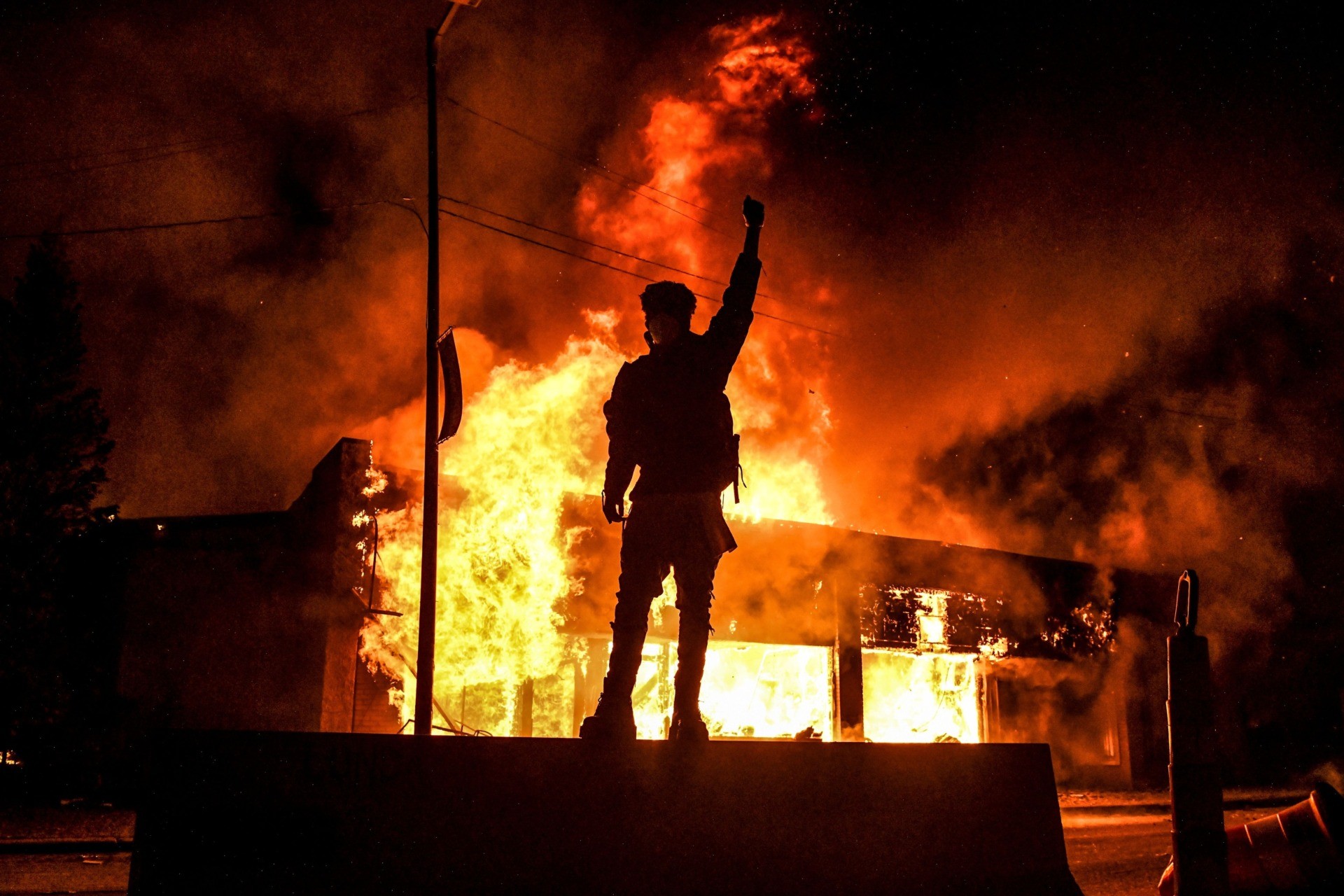 A protester reacts standing in front of a burning building set on fire during a demonstration in Minneapolis, Minnesota, on May 29, 2020, over the death of George Floyd, a black man who died after a white policeman kneeled on his neck for several minutes. – Violent protests erupted across the United States late on May 29 over the death of a handcuffed black man in police custody, with murder charges laid against the arresting Minneapolis officer failing to quell seething anger. (CHANDAN KHANNA/AFP via Getty Images)

Elder faced the wrath of the woke, left-wing cancel culture mob. One suggested he read White Fragility by Robin DiAngelo. Another said, “hope that you find a way to lose that hate in your heart.”

“Do some research and maybe some inner reflection and maybe figure out where your racist tendencies are coming from,” wrote a third member of the virtual woke mob. “You are canceled. Black lives matter!”

On June 1, Alec Harris and Susan LaBarr, the president and media editor of Elder’s music publisher, GIA Publications, told the composer to issue an apology. In fact, they had already written an apology on his behalf and all Elder had to do was post it.

Elder, however, refused to apologize, resulting in GIA Publications denouncing and cutting ties with him.

“The views expressed in composer Daniel Elder’s incendiary social media post on Sunday evening do not reflect the values of GIA or our employees,” GIA’s statement read. “GIA opposes racism in all its forms and is committed to do what Michelle Obama called ‘the honest, uncomfortable work of rooting it out.'”

“We are grateful to those who brought this to our attention and to all who continue to hold individuals and organizations to account,” GIA’s statement concluded.

Elder — who has never been particularly political or outspoken, but has always considered himself someone who leans politically left — said the fact that he was canceled despite taking the side of leftists, “made this sort of a strange betrayal.”

Since then, the composer has reportedly lost countless friends, colleagues, and fans, and has had to see a therapist, as well as a psychiatrist. Elder added that people have had to talk him “off the ledge” several times.

Elder went on to tell Reason that the whole experience did, in one way, impact him in a positive way, as he is now less ideologically narrow-minded.

“Because I was exiled, I started listening to voices on the right and the center, especially these classical liberals who have been exiled from the leftist movement,” Elder said. “The strange silver lining is this shook me out of my prejudices a little bit.”