An entrepreneur who appeared on Channel 4’s Secret Millionaire was today described by Nigel Farage as feeling “righteous indignation” about Brexit and the state of British politics as he was selected as the Brexit Party candidate to contest the Peterborough by-election.

Mike Greene, who has worked in retail and consultancy and was an early investor in music app ‘Shazam’, was announced as the Brexit Party candidate this afternoon.

The decision on the candidate only came in the past few days, with Mr Greene meeting party leader Nigel Farage for the first time at a rally on Tuesday in the Peterborough constituency that Mr Greene hopes to represent. Mr Greene said the rally was the first political event he had ever attended.

Labour's MP for Peterborough was sent to jail. Our candidate @MikeGreeneTBP needs your help to win the Peterborough by-election to stand up for democracy. Join the campaign: https://t.co/8sMoPWo9Jp pic.twitter.com/X78OzN4lOP

The by-election comes after Labour MP Fiona Onasanya lost a recall petition for her local party after being jailed for perverting the course of justice. Upon her release, Ms Onasanya voted against Brexit — passing an anti-Brexit vote by just one vote — despite her constituency voting 61 per cent to leave the EU.

Mr Greene, who until recently was a lifelong Conservative supporter, said, “The Brexit party is the only party that has absolute clarity of focus on delivering the democratic vote.”

“I have a 16-year-old and 20-year-old daughter. If I believed for one second with one cell in my body Brexit would do any harm to their future I would not be [standing],” he added. 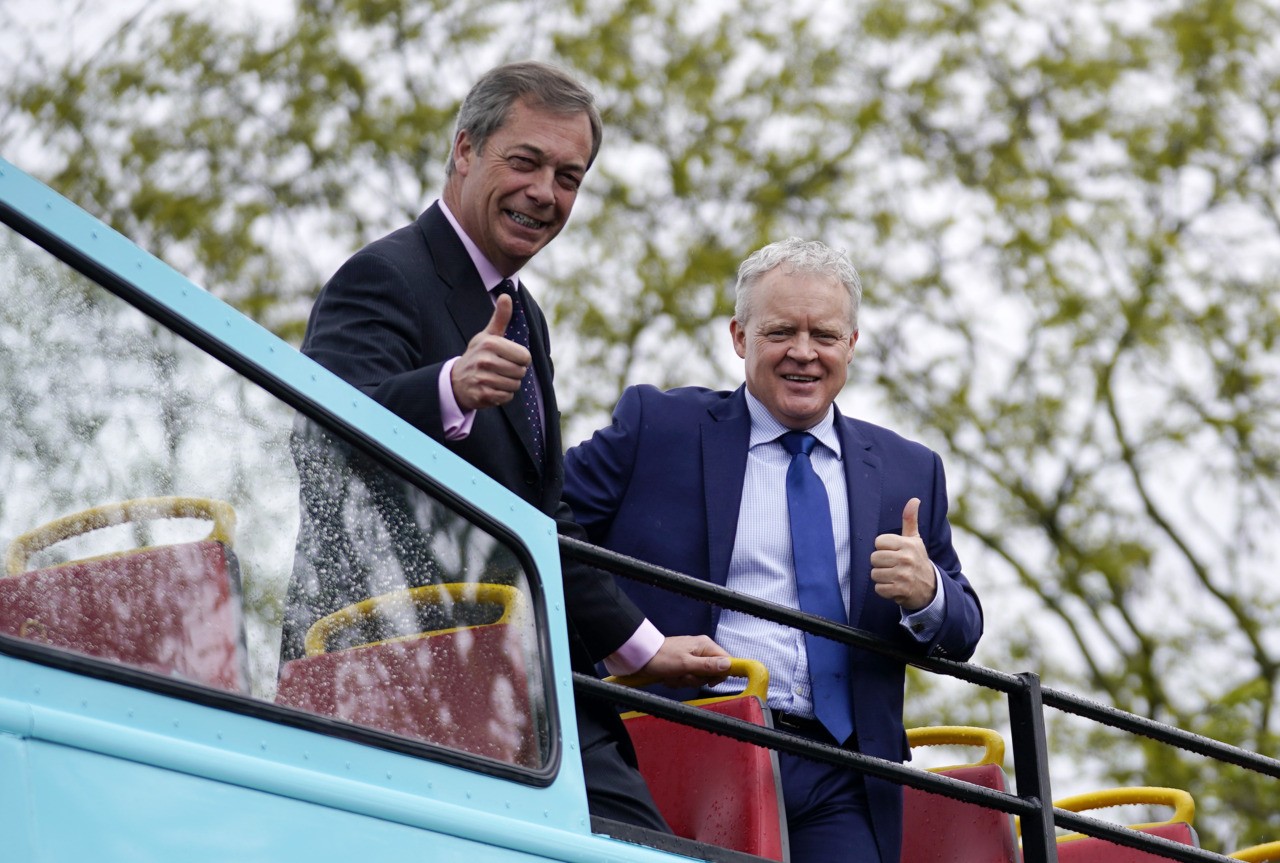 PETERBOROUGH, ENGLAND – MAY 09: Leader of the Brexit Party Nigel Farage (L) poses for the media on a campaign bus with the party’s Peterborough constituency by-election candidate Mike Greene on May 09, 2019 in Peterborough, England. Mike Greene is the first Brexit Party member to take part in a UK parliamentary by-election. The Peterborough by-election takes place on 6 June after the removal of former Labour MP Fiona Onasanya. (Photo by Christopher Furlong/Getty Images)

Continuing, “But I believe in quite the opposite. Brexit is what we need to do to give us the controls that we need of our laws, our borders and lots of things about our trade.”

Speaking of Conservative Party leader Theresa May, Mr Greene said “[May] is dishonest, not just with the public but with members of her own party. How many times — 108 I think — did she promise we would leave on March 29.”

As well as discussing Brexit and his support for a WTO Brexit deal, Mr Greene talked up his local credentials, having lived in Peterborough for the last 20 years, being involved in numerous charity campaigns, and donating hundreds of thousands of pounds to local charities.

When asked what he wanted to do for Peterborough, he said, “I want to use my lack of political experience, if you like, to question why things move so slowly in this city.” He also stressed his passion for education and the desire to see Peterborough have its own city university.

Mr Greene was asked if he would resign as an MP in the event of his victory if Labour or the Conservatives secured a Brexit deal. He responded, “no because the two party [system] is broken.”

“I don’t believe they will be right for the future… We have got to hang on, see it through and then make sure that it is delivered going forward as well,” he added.