French forces have killed the leader of the Islamic State in the Greater Sahara, according to the French government.

“This is another major success in our fight against terrorist groups in the Sahel,” he continued.

“The Nation is thinking this evening of all its heroes who died for France in the Sahel in the Serval and Barkhane operations, of the bereaved families, of all of its wounded. Their sacrifice is not in vain. With our African, European, and American partners, we will continue this fight,” he vowed.

The French premier did not disclose any precise details of the operation, perhaps due to operational sensitivity, but Africa and in particular the Islamic regions of the Maghreb, comprising much of North Africa, and the Sahel, which spans Africa from the shores of the Atlantic to the Red Sea in a slim band stretching across the southern Sahara, has become a key theatre for global jihad.

France, as a former colonial power in the region, has been aiding anti-insurgency operations aimed primarily at Islamist movements for years, with the help of a small number of troops from Czechia, Estonia, and Sweden and logistical support from the British and some other Western allies, in what The New York Times has dubbed “France’s Forever War”.

Dozens of Frenchmen have been killed in the region, whether to enemy action or mishaps in the course of operations, as in late 2019 when a helicopter collision claimed the lives of 13 servicemen. 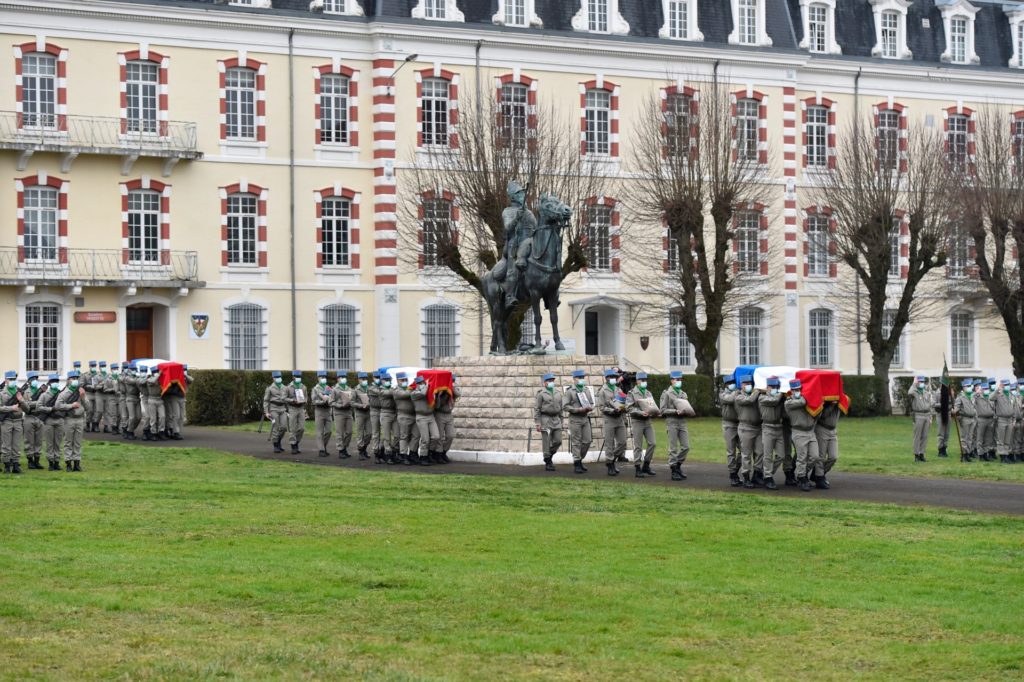 Servicemen of the ‘1er Regiment de Chasseurs’ (1st Hunter Regiment) carry the coffins of three French soldiers who were killed in Mali serving in the country’s ‘Barkhane force’ during a tribute ceremony at Thierville-sur-Meuse, eastern France on January 5, 2021. Three French soldiers were killed on December 28, 2020, in Mali when their armoured vehicle struck an explosive device in the Hombori region in the centre of the poor Sahel state, the French presidency said. (Photo by JEAN-CHRISTOPHE VERHAEGEN/AFP via Getty Images)