A second shipment of what has been euphemistically called “lethal aid” arrived in Ukraine from the U.S. late Sunday as NATO confirmed the deployment of more ships and fighter jets to eastern Europe while Russia continues its troop build-up in the region.

The load touched down just hours before the State Department authorized the voluntary departure of U.S. embassy employees in Ukraine while ordering their family members to leave the country amid possible Russian aggression, as Breitbart News reported.

“The second bird in Kyiv! More than 80 tons of weapons to strengthen Ukraine’s defense capabilities from our friends in the USA! And this is not the end,” Ukrainian Defense Minister Oleksii Reznikov announced on social media.

The second bird in Kyiv! More than 80 tons of weapons to strengthen Ukraine's defense capabilities from our friends in the USA! And this is not the end 😌 🇺🇺🇸
P.S. the cargo arrived under dependable protection 🐶@WhiteHouse @congressdotgov @USEmbassyKyiv @UKRintheUSA pic.twitter.com/ReNaj9tRds

The first shipment of security assistance from the U.S. had arrived in Ukraine on Friday as part of a promised show of support by Washington, as Breitbart News reported.

That shipment included “close to 200,000 pounds of lethal aid, including ammunition for the front line defenders of Ukraine,” the U.S. Embassy in Kyiv tweeted by way of confirmation for the delivery. 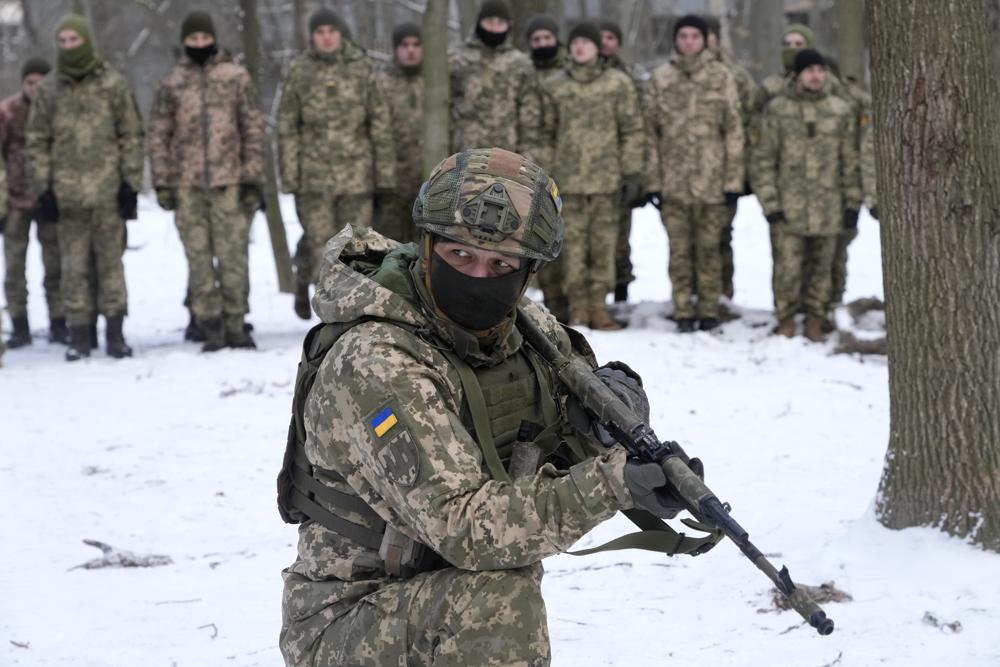 Earlier on Sunday U.S. Secretary of State Antony Blinken said on CNN’s “State of the Union” there will be a “severe” united response from the United States and Europe if a “single additional Russian force” enters Ukraine.

Blinken said, “We provided more defensive assistance, military assistance to Ukraine last year than at any time in the past. I just authorized myself the provision of American military equipment with third countries to get to Ukraine. We are in intense regular constant communication, consultation with allies and partners to make it very clear these massive consequences will follow.”

Meanwhile E.U. foreign ministers sought Monday to show a fresh display of resolve in support of Ukraine, as Ireland warned new Russian war games off its coast are not welcome given tensions over whether President Vladimir Putin intends to attack Ukraine.

“All members of the European Union are united. We are showing unprecedented unity about the situation in Ukraine, with the strong coordination with the U.S.,” E.U. foreign policy chief Josep Borrell told reporters in Brussels.

Asked whether the E.U. would follow a U.S. move and order the families of European embassy personnel in Ukraine to leave, Borrell said: “We are not going to do the same thing.”

He said he is keen to hear from Blinken about that decision.