ROME — The Pontifical Council for Interreligious Dialogue has published a message wishing Hindus a happy feast of Deepavali (Diwali), which represents the victory “of light over darkness.”

The Vatican “extends its most cordial greetings to you on the occasion of Deepavali which falls on 4 November this year,” states the October 29 message addressed to the Church’s “Hindu friends.”

“May the observance of this feast even in the midst of anxiety and uncertainty arising from the present pandemic, and its resultant worldwide crises, light up your lives, homes and communities with the hope for a better future!” the message states.

In its message, the Vatican proposes to offer thoughts on how Christians and Hindus can together “bring the light of hope in people’s lives in such challenging times.”

The Vatican’s message was sent one day prior to the arrival of Indian Prime Minister Narendra Modi, who met with Pope Francis in the Vatican on Saturday. Human rights groups have insisted that Christians suffer increasing violence and persecution since Modi ascended to Power in 2014.

In its message to Hindus, the Vatican warns of a widespread “sense of resignation, despair and despondency” caused by factors “ranging from terrorism to ecological degradation.” 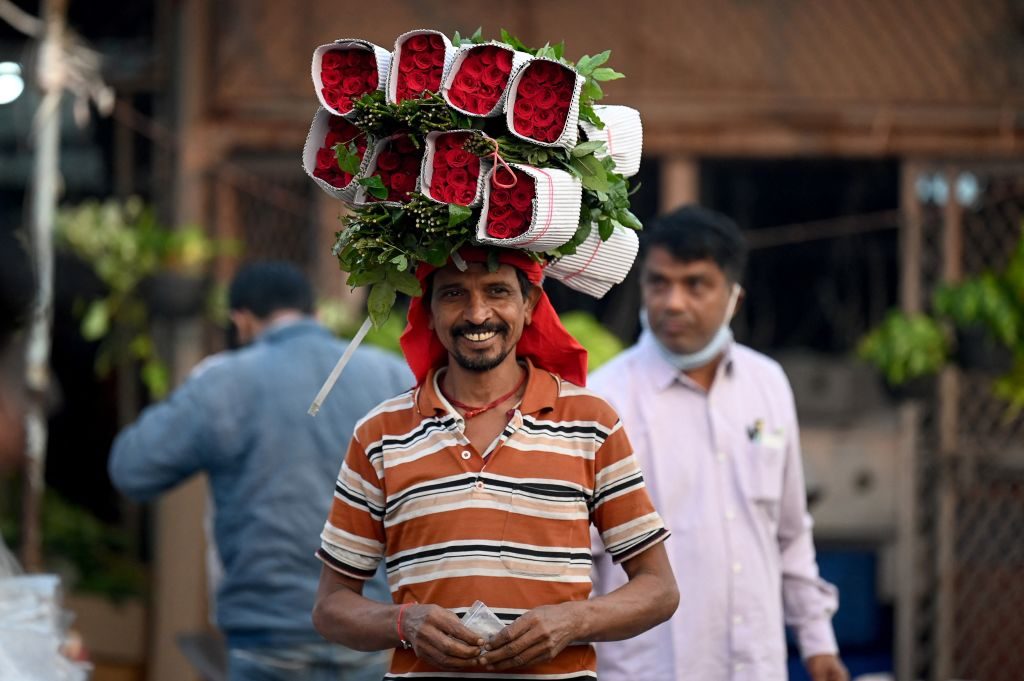 A vendor carries a bunch of roses at a flower market ahead of Diwali, the Hindu festival of lights, in New Delhi on October 31, 2021. ((MONEY SHARMA/AFP via Getty Images)

Following the coronavirus pandemic, “it is within our ability to demonstrate that we can be ‘together’ and overcome every crisis with resolve and love, even the seemingly insurmountable,” the message reads.

“The power of solidarity unleashed in alleviating the suffering and assisting the needy, more so with an interreligious character and responsibility, gives visibility to the light of hope by putting in evidence the response which adherents of all religious traditions are called upon to make in times of despair and darkness,” it asserts.

Among pressing global issues that threaten to disrupt the harmonious co-existence of people, the Vatican lists “climate change, religious fundamentalism, terrorism, hyper nationalism, xenophobia,” several of which may hit a nerve with India’s current administration.

Religious traditions have the capacity to help individuals and communities “reset” their life’s compass with hope, the Vatican message states, with their gaze fixed beyond their present despair.

“As believers grounded in our own respective religious traditions and as persons with shared vision for and shared responsibility towards humanity, in particular the suffering humanity, may we Christians and Hindus, individually and collectively, and joining hands with people of other religious traditions and of good will, reach out to people who are in despair, to bring light into their lives!” the message concludes.