The Galápagos Marine Reserve currently spans 133,000 square kilometers and is considered one of the largest nature preserves in the world. The site’s protected area will soon expand to include an additional 60,000 square kilometers, Ecuadorian President Guillermo Lasso said on November 1.

Lasso made the announcement during a speech at the United Nations Climate Change Conference. The summit, also known as “COP26,” launched in Glasgow, Scotland, on October 31 and is scheduled to last through November 12.

Ecuador’s government will expand the Galápagos Marine Reserve to include the Cocos Ridge, which is a submarine ridge extending southwest from Costa Rica to the northern tip of the Galápagos archipelago. Cocos Ridge already serves as a migration channel and feeding site for endangered marine species. The newly expanded Galápagos reserve will be divided into two equal sections. Fishing will be completely banned in one area, while the other will allow limited fishing activity as long as fishermen abstain from using “long lines.” 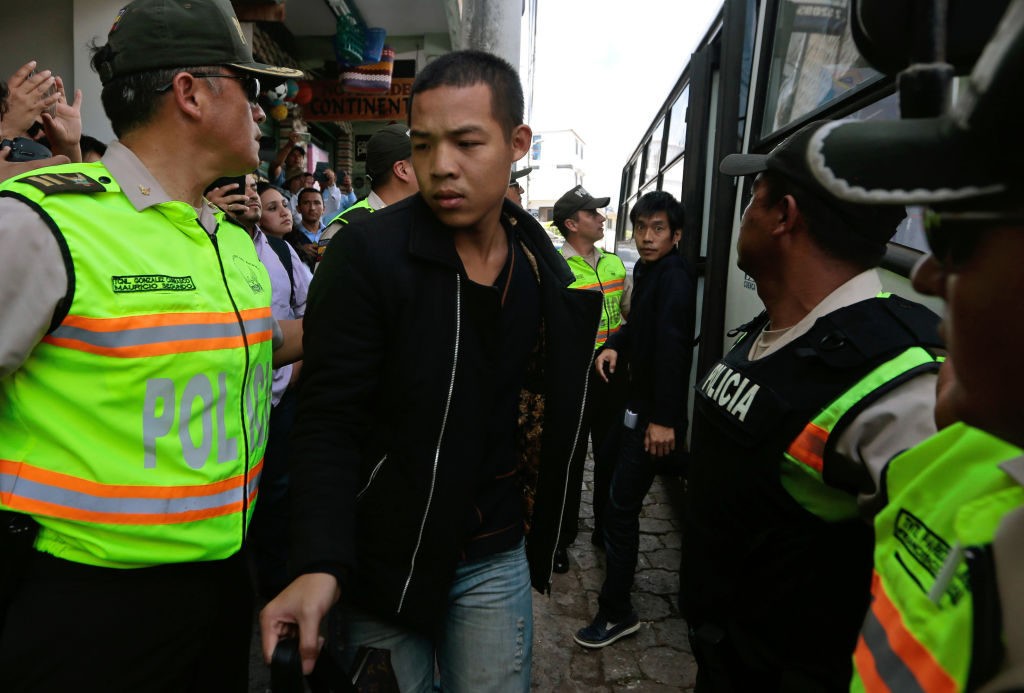 Crew from a Chinese-flagged ship confiscated by the Ecuadorean Navy arrive in court for a hearing, in San Cristobal, Galapagos Islands on August 25, 2017. (JUAN CEVALLOS/AFP via Getty)

The Galápagos Marine Reserve officially barred the use of the “long-line” fishing technique in its waters in 2008, though the prohibition has not stopped illegal Chinese fishing fleets from using the method to catch protected fish and other marine life near the site in recent years.

“Long-line fishing is a technique used to catch fish in open water,” according to SOS Galápagos.

“It involves a main float line which is strung out across vast distances up to 100 km,” according to the website, which is dedicated to news concerning the Galápagos Marine Reserve.

“Then secondary vertical lines are attached at regular intervals with baited hooks,” SOS Galápagos details. “A 100 km line can have roughly 3000 hooks. These long-lines are used near the surface to catch open-water fish like tuna, or near the seafloor to catch bottom-dwelling fish. ”

“The first Chinese industrial fishing vessel named Shun Xing 18 is installed in the south of # Galapagos,” Más Galápagos wrote in a Twitter statement on June 29. “We ask for concrete actions to guarantee that they do not enter the exclusive insular economic zone.”

“The bulk of the fleet is about 400 kilometers west of the [Galápagos] archipelago,” Más Galápagos spokesman Eliecer Cruz told Ecuador’s El Comercio newspaper on June 29.

“It is still quite far away, but … [the way] this [type of] fleet operates is that they send one or two ships forward and once they find the squid banks they call the rest [of the ships] and the entire fleet come[s] over,” Cruz explained. 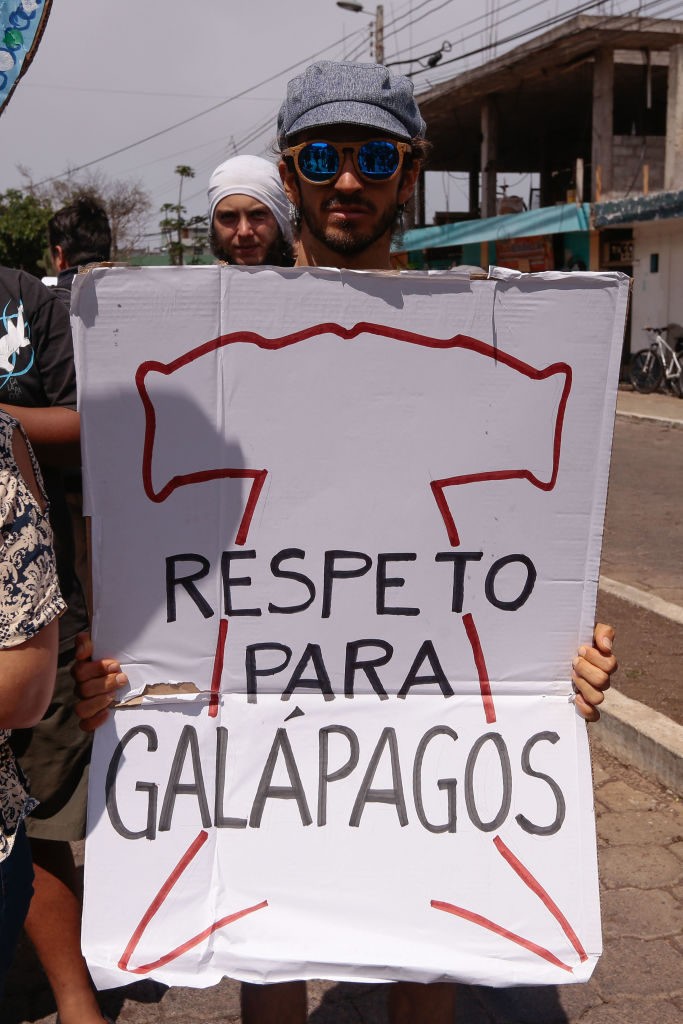 Residents of Galapagos Islands hold a demonstration outside the court where the crew of a Chinese-flagged ship confiscated by the Ecuadorean Navy is attending a hearing for illegal fishing, on August 25, 2017. ( JUAN CEVALLOS/AFP via Getty Images)

Ecuador’s navy said it was “on alert” in July 2020 after detecting an illegal Chinese fishing fleet comprised of at least 226 vessels approaching “very close” to Ecuador’s Exclusive Economic Zone (EEZ).

An EEZ is a maritime region in which a sovereign nation has exclusive rights to explore and collect natural resources.

Ecuador’s navy in 2017 seized a Chinese vessel for illegally fishing within the Galápagos Marine Reserve’s waters. Ecuadorian authorities arrested 20 of the boat’s crew members after discovering nearly 7,000 endangered sharks onboard.