The police in Vilnius, Lithuania, have insisted a rainbow street crossing in the city should be repainted to conform with existing street regulations despite LGBT protestations to the contrary.

The city council, which supports the Pylimo Street rainbow, is prepared for a court battle with police and legal proceedings are set to get underway in November, according to a spokesman for the regional court, who said that all required supporting documentation had been submitted.

Police argue that the intentions behind the rainbow crossing does not justify running roughshod over Lithuanian laws and regulations, which are established according to a code to guarantee uniformity as well as civilian safety.

Lithuanian road law stipulates the type of paint and other materials to be used on street markings as well as exact dimensions of the stripes and the distances between them, she noted. 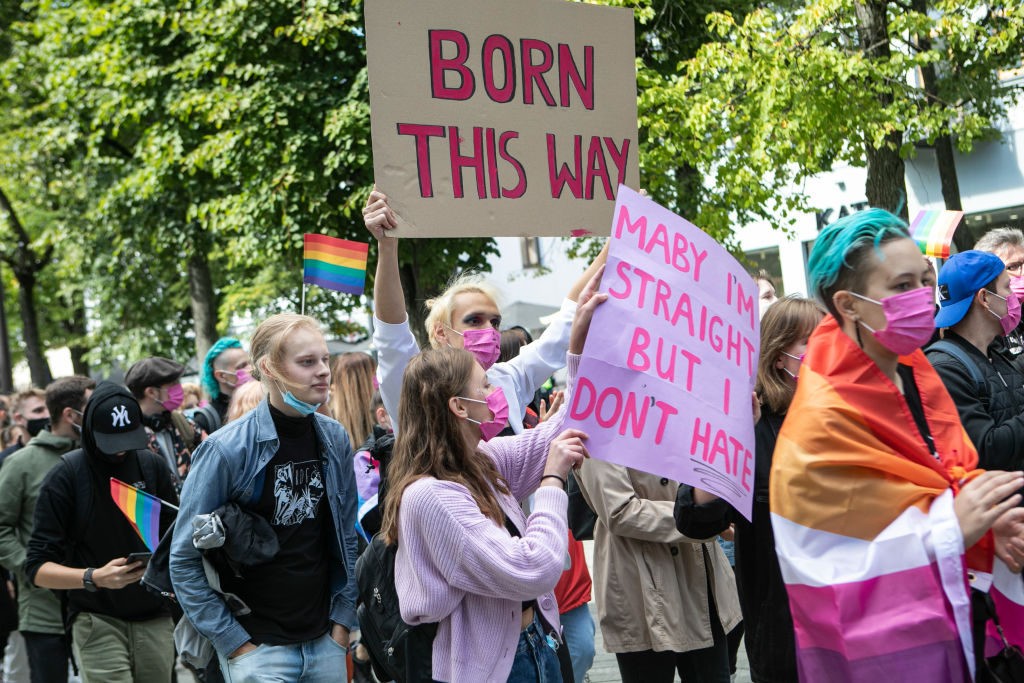 The Pylimo Street crossing was first painted in rainbow colors in 2018 as a project of the National LGBT Rights Organization and the Vilnius city council said the artwork sends an important message and therefore deserves an exception to the law.

The crossing “reflects Vilnius’ positioning as a tolerant city and the colorful element does not hinder or pose any threat,” said Paulius Vaitekenas, a city council member.

Vaitekenas added that similar rainbow symbols are common on streets across Europe and elsewhere.

Last June, four individuals used black spray-paint to cover up the rainbow at the beginning of “Pride month,” after which police say two people had been fined over the vandalism.

Tomas Vytautas Raskevičius, a liberal MP, shared a video of the incident, declaring that the perpetrators “are simply terrorists.”

In May, Lithuanian pro-family group organized a “Great Family Defense March” in Vilnius, which drew some ten thousand participants. Lithuanian President Gitanas Nausėda prepared a pre-recorded speech to personally show his support for the demonstrators. 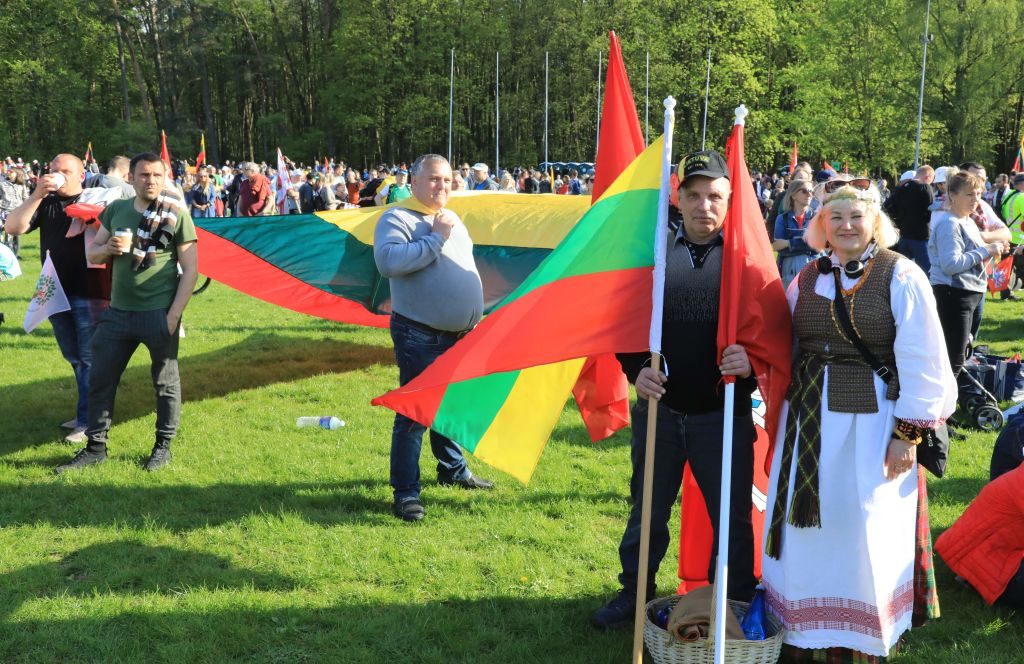 People take part in the protest campaign “The Great Family Defence March” protesting against laws that threaten the institution of a traditional family at Vingis Park in Vilnius. Thousands rallied in Vilnius on May 15, 2021 against draft legislation allowing civil unions for same-sex couples, a controversial move in predominantly Catholic Lithuania. (PETRAS MALUKAS/AFP via Getty)

A family is the union of a man and a woman, as stated in the Lithuanian constitution, Nausėda noted in his address.

“As a president of the Lithuanian Republic, I will use my powers to make sure it is so,” he said.

The protesters rallied against “genderist propaganda” and the event’s manifesto decried “extremist minorities intent on imposing an unacceptable lifestyle on society and defiling national traditions and values.”