The Times of Israel reports: An Israeli satellite imaging company on Thursday released images showing what it described as “unusual” movement around the Iranian Fordo nuclear facility, a one-time uranium enrichment plant buried deep underground that was converted to a research center as part of the 2015 nuclear deal. 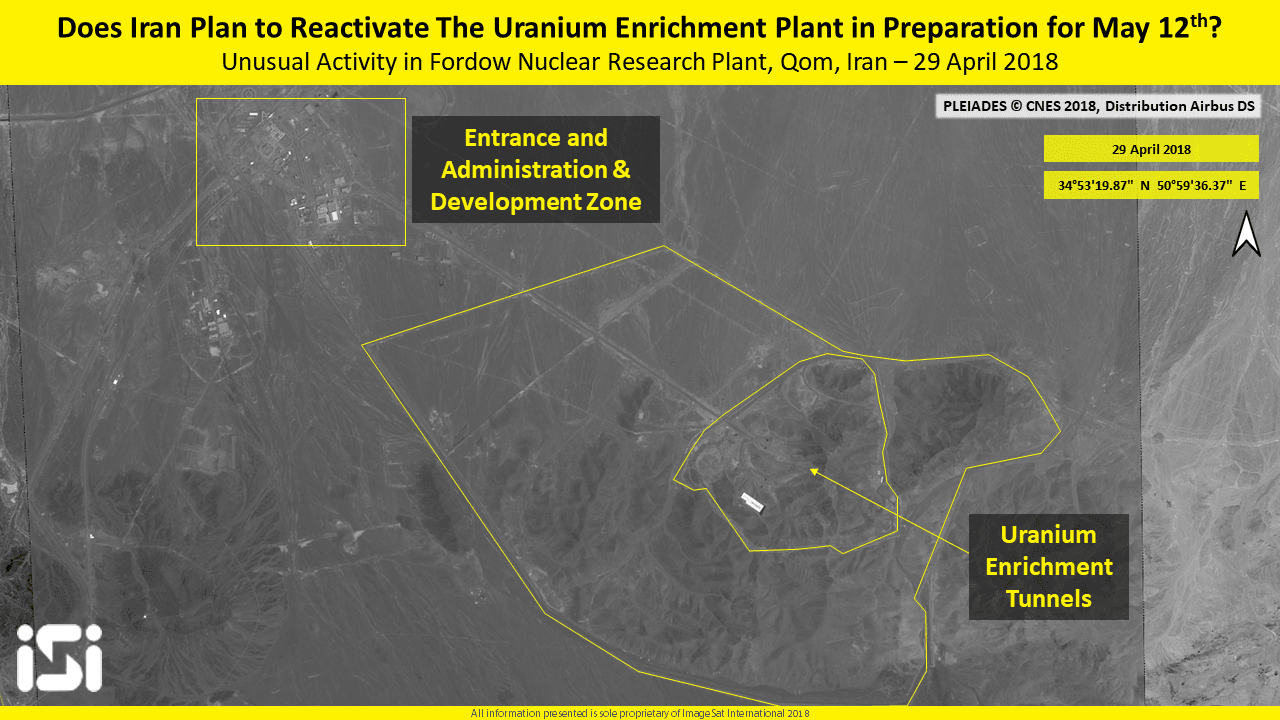 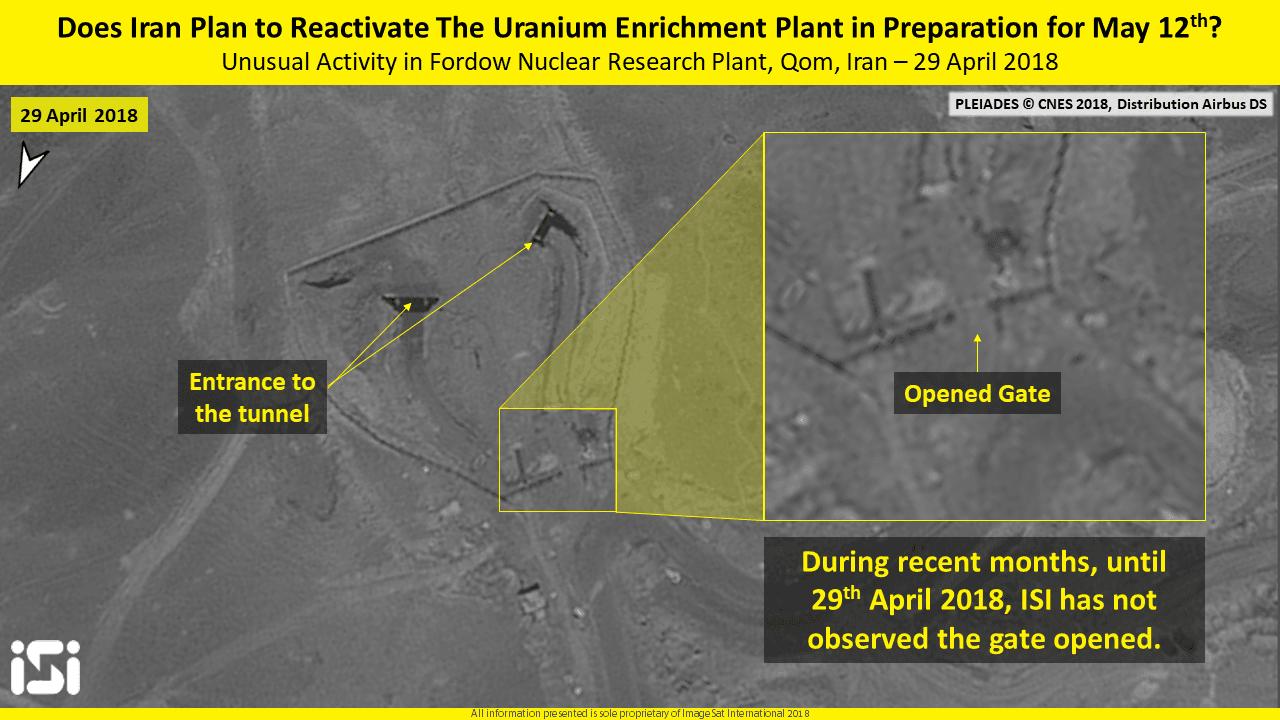 The photographs, which show large numbers of vehicles at the entrance to the facility and other signs of increased activity there, do not in themselves indicate any violation of the nuclear accord, known formally as the Joint Comprehensive Plan of Action, or JCPOA.

The fate of the highly contentious nuclear agreement lies in the balance, with US President Donald Trump set to decide whether or not America will remain party to it ahead of a May 12 deadline. 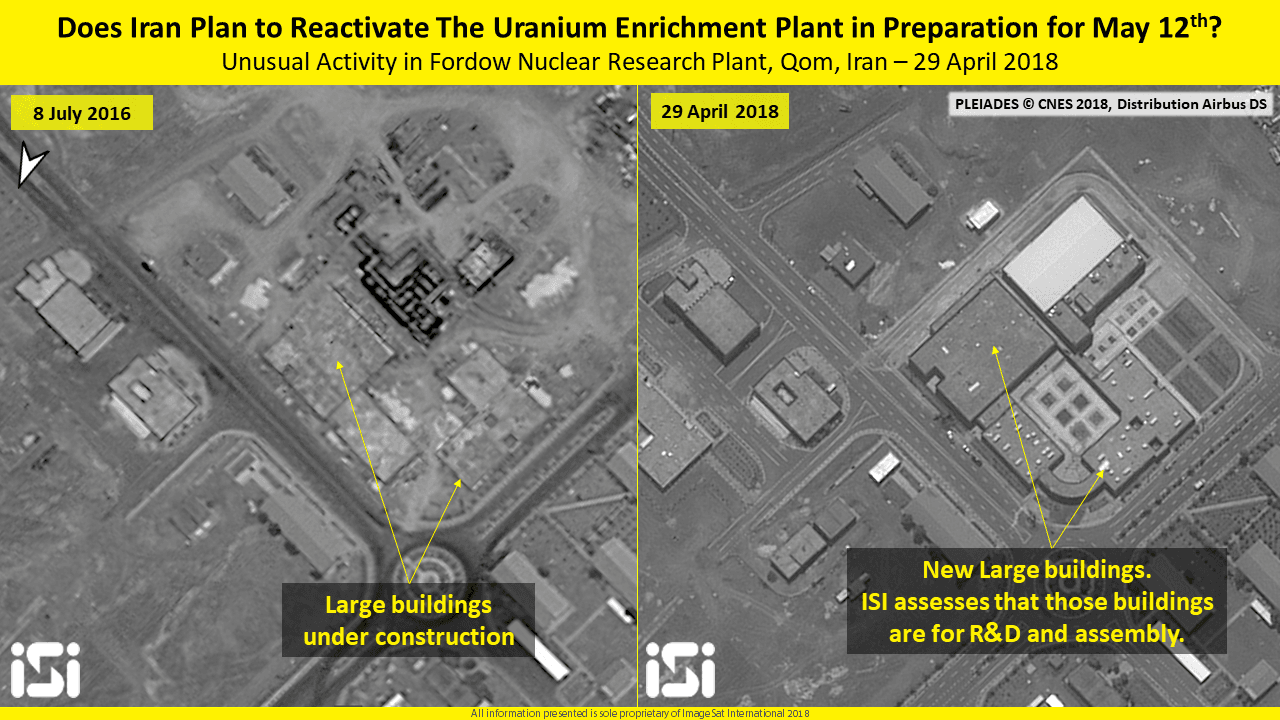