The Jerusalem Post reports: Some 500 Americans and Israelis gathered Sunday night to sing somber songs in Hebrew and English at Jerusalem’s Zion Square in a candle-lit vigil in memory of the 11 victims of Saturday’s massacre at the Tree of Life Congregation in Pittsburgh organized by The Meeting Place Dialogue Group, The Jerusalem Movement and the Hartman Institute Hevruta program.

Dina Winer from The Meeting Place Dialogue Group told The Jerusalem Post, “Whenever there’s a terrorist attack in Israel, we meet in Zion Square and it’s especially sad for us that we have to do this for an attack that took place in America. I think we have all gotten used to terrorist attacks being something we deal with in Israel, but I grew up in America and that didn’t feel like it was ever a part of living in America.” 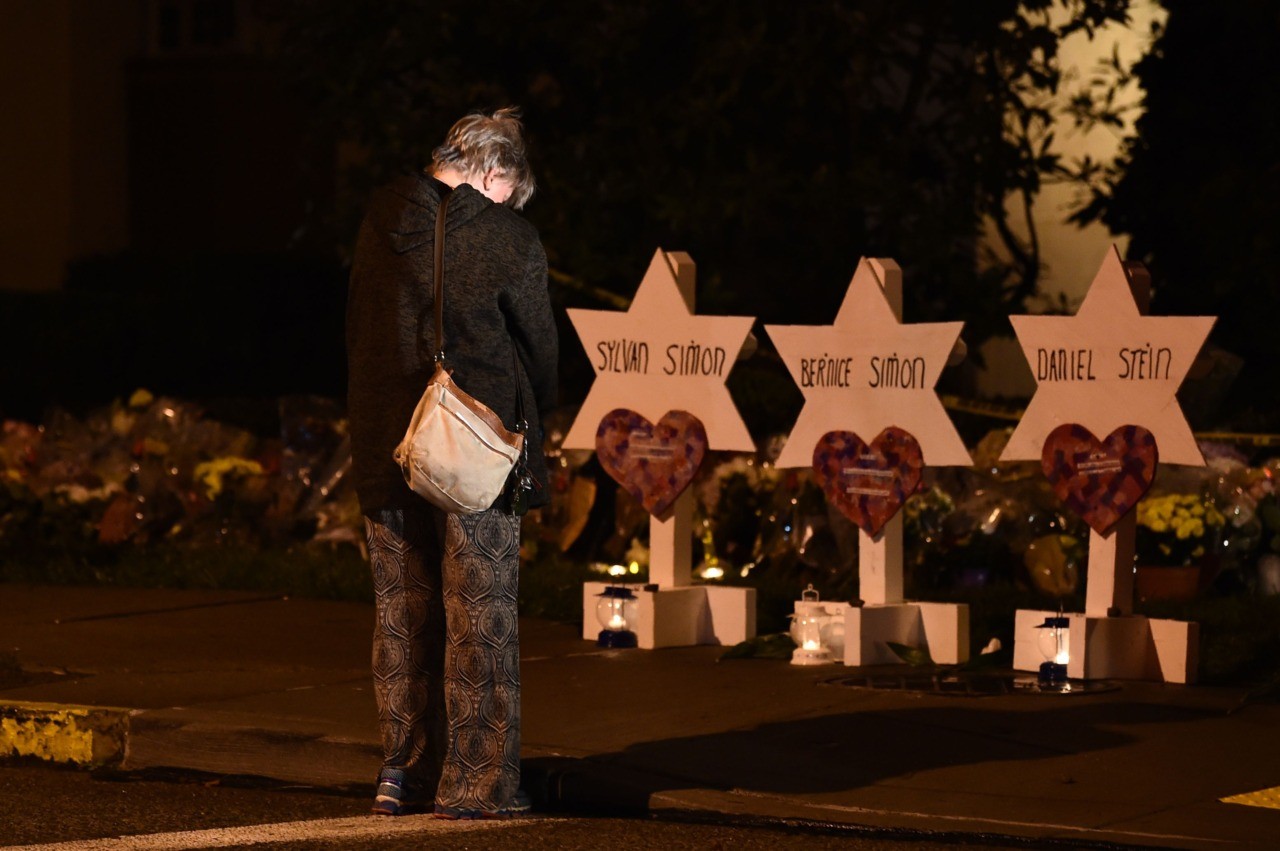 A woman bows her head in front of a memorial on October 28, 2018, at the Tree of Life synagogue after a shooting there left 11 people dead in the Squirrel Hill neighborhood of Pittsburgh on October 27. (BRENDAN SMIALOWSKI/AFP/Getty Images) 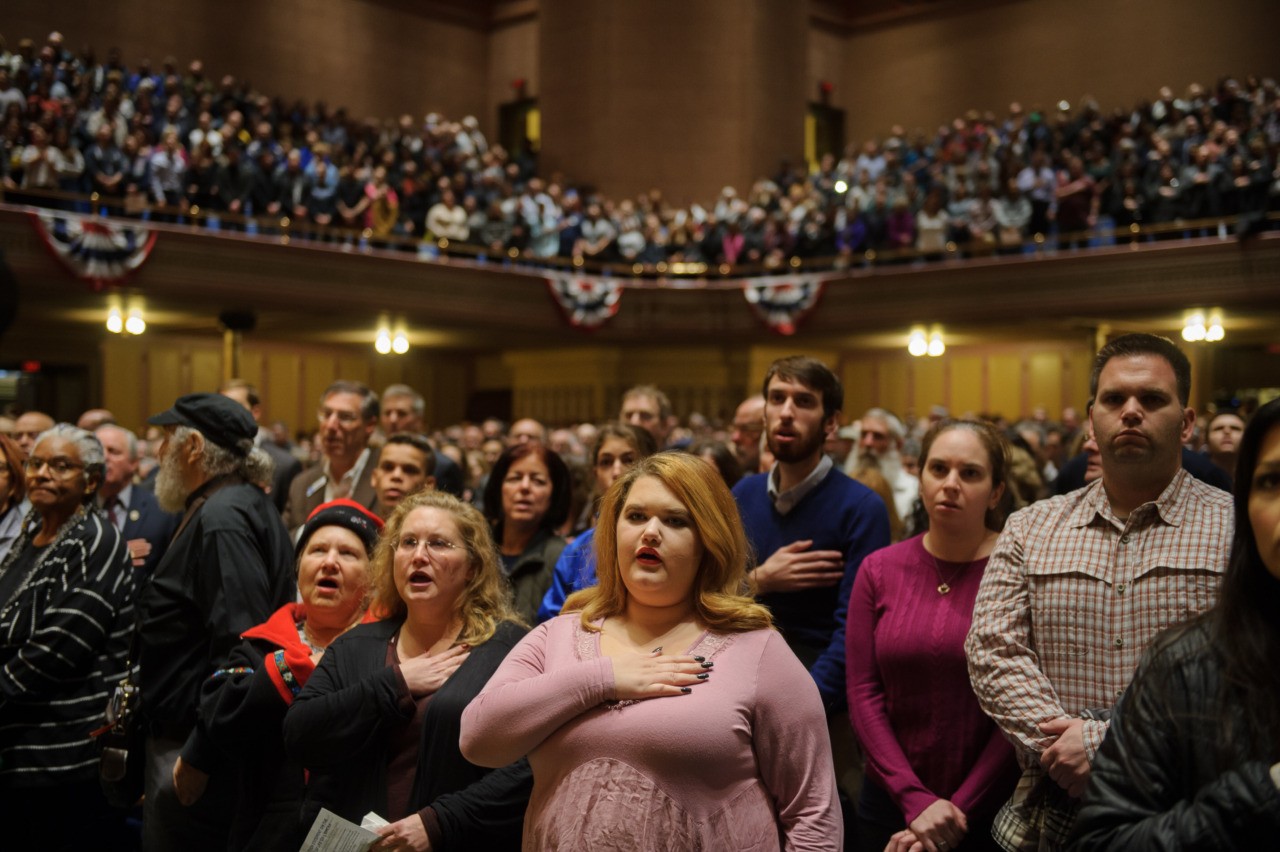 People listen to interfaith speakers at the Soldiers and Sailors Memorial Hall during a service to honor and mourn the victims of Saturday’s mass shooting at the Tree Of Life Synagogue on October 28, 2018 in Pittsburgh, Pennsylvania. (Jeff Swensen/Getty Images) 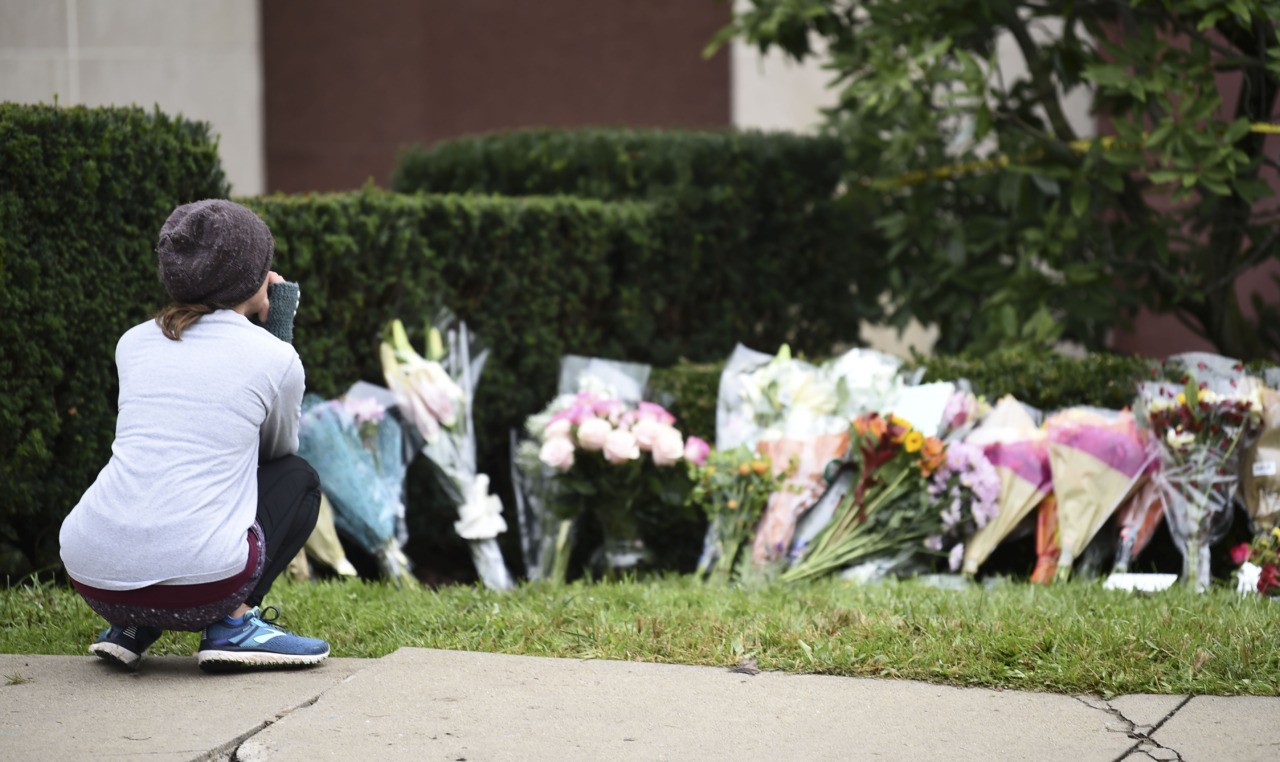 A woman looks at flowers as part of a memorial on October 28, 2018 outside of the Tree of Life synagogue after a shooting there left 11 people dead in the Squirrel Hill neighborhood of Pittsburgh on October 27, 2018. (BRENDAN SMIALOWSKI/AFP/Getty Images)

Daniel, 18, from Los Angeles and a gap year student at the Hartman Institute Hevruta program told the Post he wanted to do something to show his solidarity with the people of Pittsburgh. “I just said ‘text your friends about the event,’ and it just snowballed.”
Read more here.