Vice President Kamala Harris applauded a student who accused Israel of “ethnic genocide” and who expressed “hurt” at the U.S.’ decision to fund the Iron Dome missile defense system.

Harris responded she was “glad” the student expressed her concerns.

The George Mason University student, who explicitly said she was “not an American” and despite her American accent, identified herself as part-Yemeni, part-Iranian, said that nevertheless America affects her life “every day” over its policy of funding Saudi Arabia and Israel.

“You brought up how the power of the people and demonstrations and organizing is very valuable in America, but I see that over the summer there have been protests and demonstrations in astronomical numbers standing with Palestine, but then just a few days ago there were funds allocated to continue backing Israel which hurts my heart because it’s ethnic genocide and displacement of people, the same that happened in America, and I’m sure you’re aware of this,” the student said at the Q&A session following an event commemorating National Voter Registration Day on Tuesday.

The student pointed to the lack of housing and universal healthcare in the U.S. and questioned why money was going to Israel and Saudi Arabia instead of addressing those domestic issues.

“The people have spoken very often of what they do need and I feel like there’s a lack of listening and I just feel like I need to bring this up because it affects my life and people I really care about’s (sic.) life,” she said. Instead, he continued, the money goes “to inflaming Israel and backing Saudi Arabia and what-not.”

Harris responded by saying she was “glad” that the student spoke up, saying “your voice, your perspective, your experience, your truth, cannot be suppressed and it must be heard.”

Harris went on by opining that democracy is strongest when everyone participates and is weakest when anyone is left out. 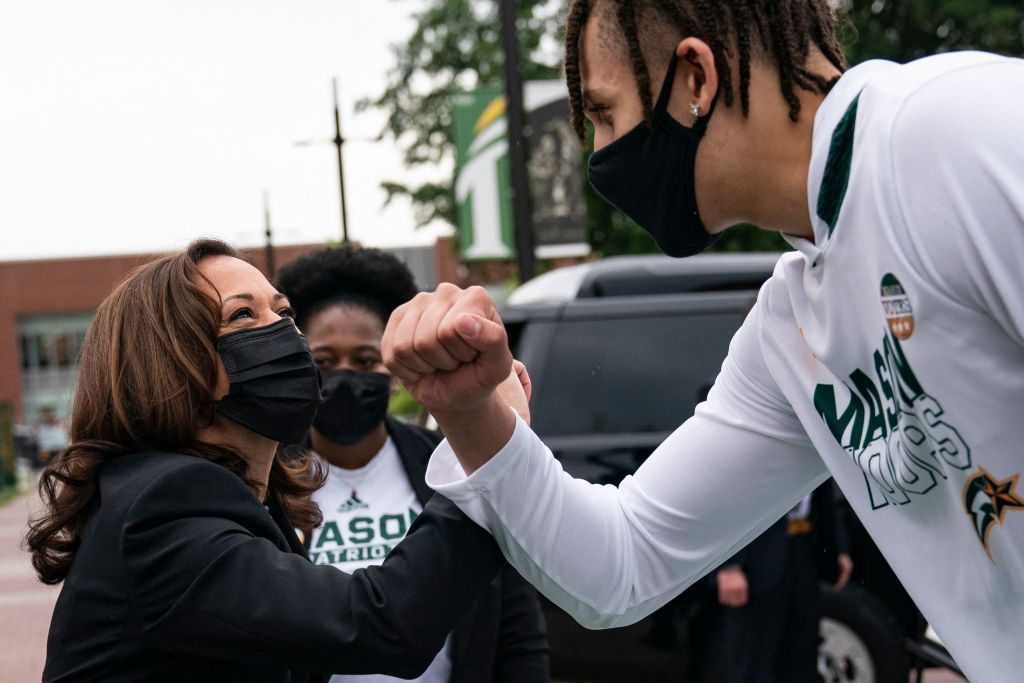 “That’s not only about being physically present but that your voice is present. Our goal should be unity, but not uniformity. Unity should never be at the expense of telling any one person ‘For the sake of unity, oh you be quiet about that thing.’ That’s not unity. Then we see where that ends up in a healthy debate about the issue.”

“This is about the fact that your voice, your perspective, your experience, your truth, should not be suppressed and it must be heard, right? And one of the things we’re fighting for in a democracy, right?” Harris said.

“The point that you are making about policy that relates to Middle East policy, foreign policy, we still have healthy debates in our country about what is the right path and nobody’s voice should be suppressed on that,” she added.

Former ambassador to Israel under the Trump administration David Friedman took to Twitter to express his outrage at Harris’s statements, posting, “Shameful. There is truth and their are lies. No one is entitled to their personal truth. This attack on Israel is simply a lie and VPOTUS should have called that out.”

Shameful. There is truth and their are lies. No one is entitled to their personal truth. This attack on Israel is simply a lie and VPOTUS should have called that out.https://t.co/leLOO5C6Cs #FoxNews