Relatives of Amer Fakhoury announced on Tuesday they are suing the government of Iran for his imprisonment and abuse at the hands of Hezbollah, the Lebanese terrorist organization and political party supported by Tehran.

Fakhoury, a naturalized U.S. citizen and owner of a restaurant in New Hampshire, was arrested during a family trip to Beirut in 2019. He was held for six months, accused of torturing Hezbollah members when he served in an Israeli-backed Christian militia called the South Lebanon Army during the 1980s and 1990s.

According to Fakhoury’s family and their lawyers, during his time with the South Lebanon Army he worked at the militia-run Khiam prison, a facility that was condemned for abuses by human rights groups. The family insisted Fakhoury never participated in such abuses and had no contact with the prison population.

Fakhoury was released under U.S. sanctions pressure in March 2020 and brought home under medical supervision by the U.S. Navy and Marines. A source in the Lebanese military court system told the National in August 2020 that the statute of limitations had essentially run out on the 20-year-old charges against Fakhoury, and this was known to everyone involved when he was taken into custody. 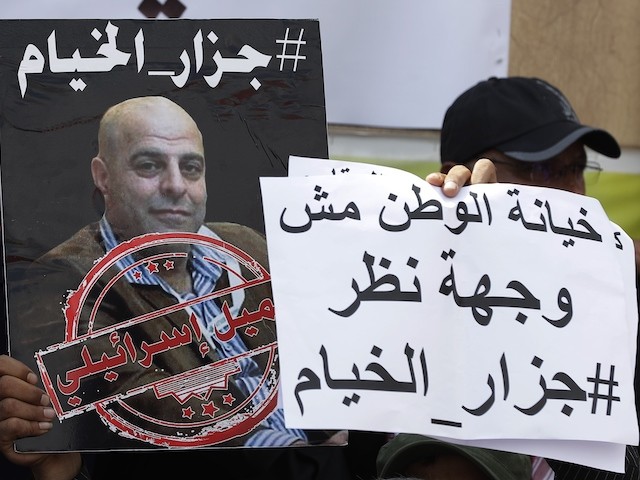 Members of the Lebanese Shiite Amal movement on September 15, 2019, hold a photograph of Amer Fakhoury, during a demonstration in front of the former Israeli-run prison of Khiyam on the border with Israel, to demand his trial. (Joseph Eid/AFP via Getty Images)

“When he came to Beirut in 2019, we had no right to arrest him, but what happened, happened,” the source said.

President Donald Trump hailed his release as a “big thing” and praised Fakhoury’s family because it “stood by him so strongly.” Hezbollah leader Hassan Nasrallah, on the other hand, condemned Fakhoury’s release as “a blatant violation of Lebanese sovereignty.”

Unfortunately, Fakhoury’s health deteriorated severely in captivity due to starvation, beatings by his Hezbollah captors, and unsanitary conditions. He developed Stage 4 lymphoma while imprisoned and died while receiving treatment in Boston in August 2020 at the age of 57.

“God loved Amer Fakhoury so much that he took him out of the hands of these terrorists and brought him to his family in America to live out his last days,” his family said when announcing his death. 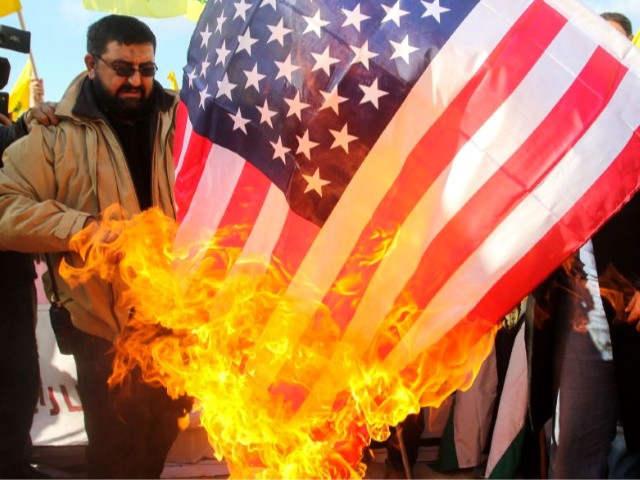 Lebanese supporters of Hezbollah burn a U.S. flag during a rally against the then-President Donald Trump’s decision to recognize Jerusalem as the capital of Israel, on January 28, 2018, in the southern Lebanese village of Alma al-Shaab, on the border with Israel. (Mahmoud Zayyat/AFP/Getty Images)

The Fakhoury family told Fox News on Tuesday they are filing suit against Iran for the “illegal detention and death” of Amer.

“When Amer was kidnapped, he was told by the Lebanese prosecutor that Hezbollah wants him in prison, and they cannot do anything about it,” the family statement said.

“Lebanon is currently under Iranian occupation. Hezbollah, a terrorist group funded by Iran, controls every sector of the Lebanese government,” the family alleged. “Our father’s death was a direct result of the torture and the maltreatment he received in the Lebanese General Security by members of Hezbollah.” 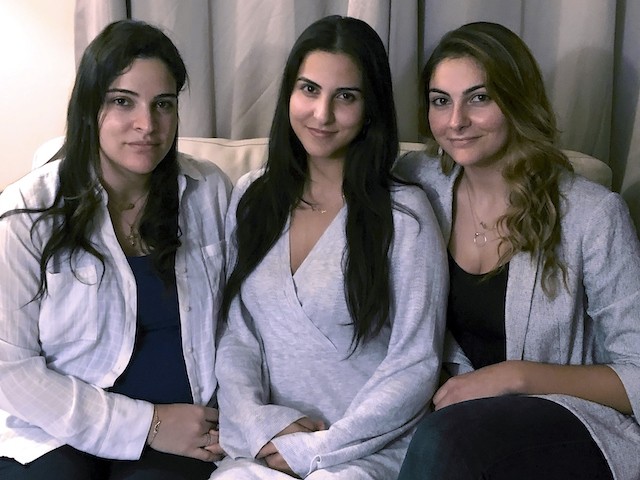 The statement concluded by saying further lawsuits could be filed against “every Lebanese official and Lebanese security officer” involved in Amer’s torture and death.

Fox News noted Iran has suffered some defeats in similar cases in U.S. courts recently, including last year’s judgment that Tehran owed $879 million to survivors of the 1996 Khobar Towers attack in Saudi Arabia, which was perpetrated by another Iran-backed terrorist group known as Hezbollah al-Hejaz or Saudi Hezbollah.

On the other hand, as Steven Emerson of the Investigative Project on Terrorism pointed out, Iran never actually pays any of the massive terrorism judgments leveled against it.

“Iran has never shown up, defaulted on all cases and refuses to pay one dime. And, efforts to seize Iranian assets in the U.S. by the plaintiffs have faltered because of court rulings against such seizures and strangely enough, by consistent prohibitions by successive presidential administrations,” he said.

This case is Estate of Fakhoury v. Islamic Republic of Iran, No. 1:2021-cv-01218 in the U.S. District Court for the District of Columbia.