The Biden administration’s continued appeasement of Iran may leave Israel with no choice but to attack its nuclear facilities, former Secretary of State Mike Pompeo said in Jerusalem on Tuesday.

Pompeo also said that given another year or two under the Trump administration, Iran’s nuclear ambitions would have been permanently eliminated.

“We were never going to let Iran get a nuclear weapon on our watch,” Pompeo told the paper’s editor-in-chief Yaakov Katz at the annual Jerusalem Post Conference.

“We denied them resources, and we denied them the ability to build out a Gulf-threatening culpability,” he said. “The strike on [former Islamic Revolutionary Guard Corps Quds Force commander] Qasem Soleimani demonstrated our willingness to defend American interests around the world. The work we were engaged in would have prevented Iran from getting a nuclear weapon.” 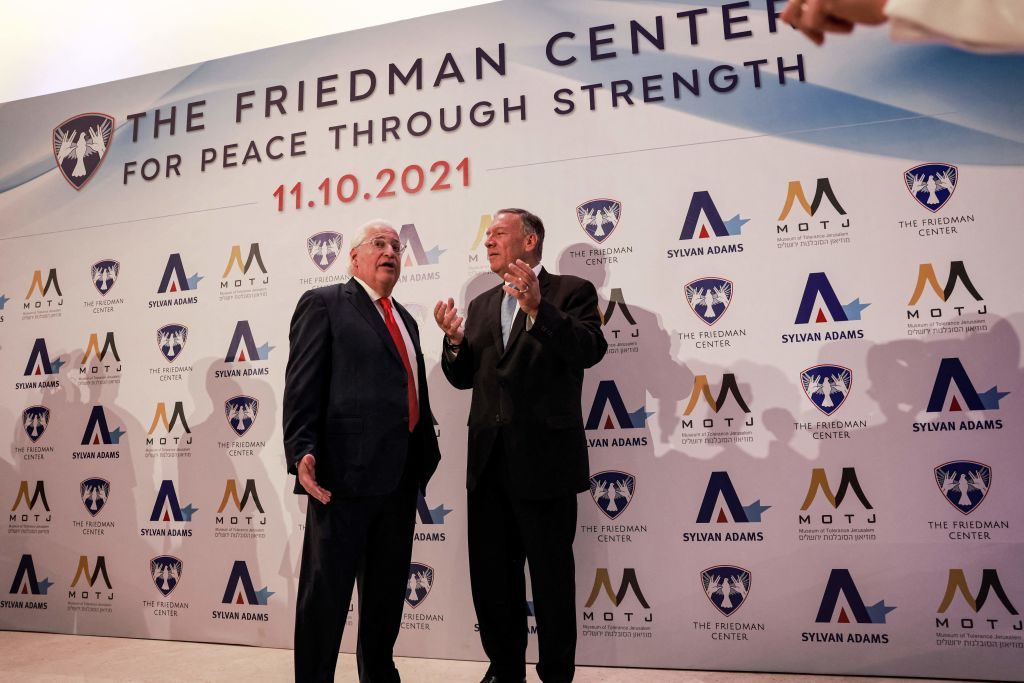 (L to R) Former U.S. ambassador to Israel David Friedman and former U.S. Secretary of State Mike Pompeo attend the launch of the “Friedman Center for Peace through Strength” at the Museum of Tolerance Jerusalem on October 11, 2021. (MENAHEM KAHANA/AFP via Getty Images)

“The current administration wants to re-enter the deal, longer, better, stronger? Well, I want it longer, I want it better, and I want it much, much stronger,” Pompeo said.

Pompeo also slammed the Biden administration for returning to the “false principle that Israel is an illegal occupier.” He called on Israel to fight back against that narrative, which “is the beating heart of modern antisemitism” and “the lie of occupation.”

“Occupation is a legal term whose definition does not apply to the State of Israel under the law,” Pompeo said, noting that US support of Israel is an expression of American patriotism.

“We want a legitimate discourse on policy, not a bunch of name-calling rhetoric that antisemitic squads like to throw around,” he said, in apparent reference to the progressive Democrats known as the Squad who recently attempted to defund the Iron Dome missile defense system.

Pompeo also expressed his belief that the Trump-led Abraham Accords were poised to include more Arab and Muslim nations that will normalize ties with Israel.

“The Abraham Accords are a demonstrable path forward that every people in this region can choose,” he said. 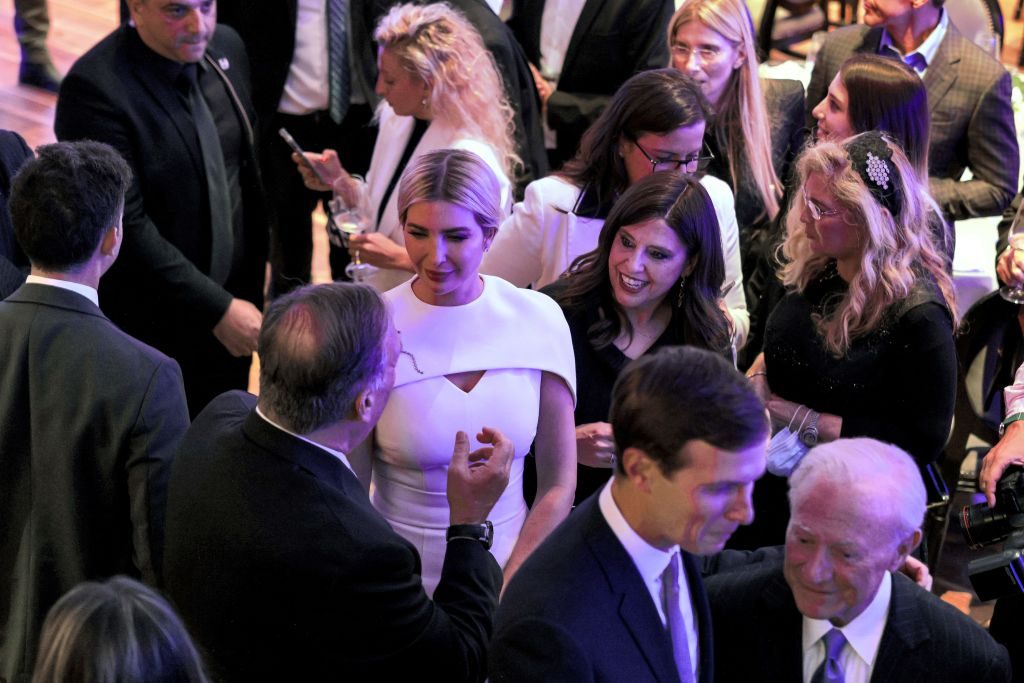 Ivanka Trump and her husband Jared Kushner, and former U.S. Secretary of State Mike Pompeo attend the launch of the “Friedman Center for Peace through Strength” at the Museum of Tolerance Jerusalem on October 11, 2021. (MENAHEM KAHANA/AFP via Getty Images)

“Israel reserves the right to act at any given moment in any way,” he said at a joint press conference in Washington following a meeting with his U.S. and UAE counterparts, Emirati Foreign Minister Abdullah Bin Zayed Al Nahyan and Secretary of State Antony Blinken.

“We have no intention of letting” Iran become a nuclear power, he added.

“Other options are going to be on the table if diplomacy fails,” he said, adding that everyone in Israel, the UAE and around the world understands his meaning

“That is not only our right, it is also our responsibility. Iran has publicly stated it wants to wipe us out. We have no intention of letting that happen.”