Nuclear scientist Abdul Qadeer Khan died in a Pakistani military hospital on Sunday at the age of 85, apparently a victim of the Wuhan coronavirus or one of its comorbidities. He was celebrated by Prime Minister Imran Khan as a “national hero” for turning Pakistan into a “nuclear weapon state.” Left unmentioned in the PM’s eulogy was AQ Khan’s role as a dangerous proliferator who sold nuclear secrets to Iran, North Korea, and Libya.

Al Jazeera described AQ Khan as “Nuclear Hero in Pakistan, Villain to the West,” which leaves out some awfully important parts of the Eastern world that were not thrilled to see Pakistan get the bomb.

Al Jazeera summarized Khan’s effort to bring Western nuclear technology to Pakistan, whether the West liked it or not:

The crucial contribution to Pakistan’s nuclear programme was the procurement of a blueprint for uranium centrifuges, which transform uranium into weapons-grade fuel for nuclear fissile material.

He was charged with stealing it from the Netherlands while working for Anglo-Dutch-German nuclear engineering consortium Urenco, and bringing it back to Pakistan in 1976.

On his return to Pakistan, then-PM Zulfikar Ali Bhutto put Khan in charge of the government’s nascent uranium enrichment project.

By 1978, his team had enriched uranium and by 1984 they were ready to detonate a nuclear device, Khan later said in a newspaper interview.

The 1998 nuclear test saw Pakistan slapped with international sanctions and sent its economy into freefall. 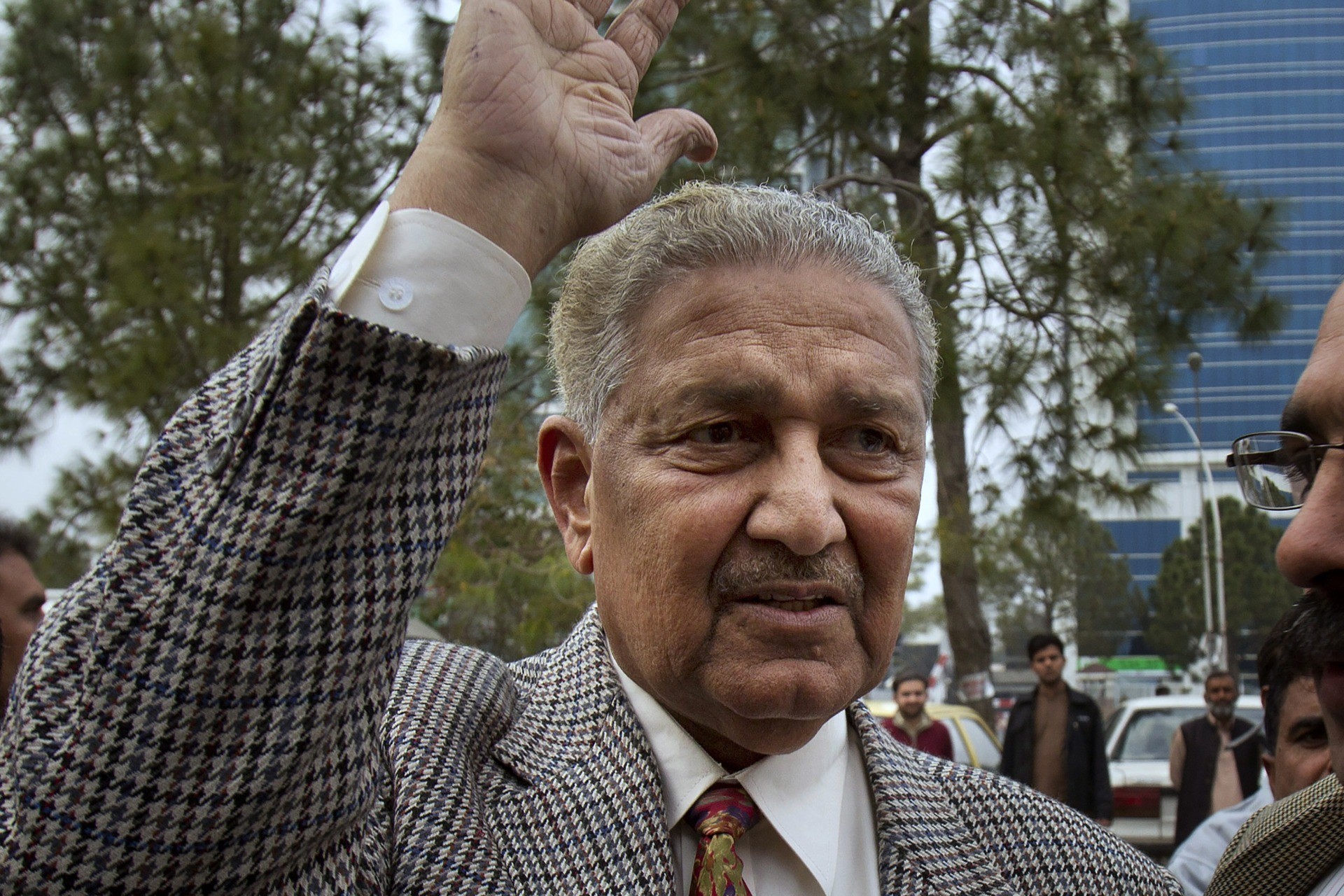 As the Economist put it, Khan ended up as a “rogue nuke-peddler” after his star began to dim in Islamabad, hawking nuclear bomb designs to the Iranians, North Koreans, and Moammar Qaddafi’s Libya. He made a sales pitch to Saddam Hussein’s Iraq, and is believed to have entertained offers from Osama bin Laden, although that was apparently where he drew the line.

Khan became a multimillionaire, and possibly “the most dangerous man in the world,” as the BBC put it.

The Economist said the notion that he “had run an international nuclear cartel for over a decade and meanwhile acquired a lavish lifestyle, all without the country’s powerful armed forces noticing, strained credulity.”

“I am not a madman or a nut. They dislike me and accuse me of all kinds of unsubstantiated and fabricated lies because I disturbed all their strategic plans,” Khan insisted, positioning his lucrative sales of apocalyptic doom to psychotic regimes as a noble effort to break the unfair Western monopoly on atomic bombs.

Khan was busted in a CIA-MI6 sting operation in 2003 while attempting to spread the joy of nuclear fission to Libya. He spent some time under house arrest, made a televised confession to selling nuclear secrets, and was pardoned by the president of Pakistan at the time, Pervez Musharraf.

Deeply saddened by the passing of Dr A Q Khan. He was loved by our nation bec of his critical contribution in making us a nuclear weapon state. This has provided us security against an aggressive much larger nuclear neighbour. For the people of Pakistan he was a national icon.

The prime minister, who is not related to AQ Khan, was criticized by some Pakistanis for skipping the physicists funeral at Faisal Mosque in Islamabad. Thousands attended the funeral service despite heavy rain.

Imran Khan’s critics mocked him for supposedly being afraid to get wet, and contrasted his behavior with how Indian Prime Minister Narendra Modi attended the funeral of his country’s leading nuclear scientist APJ Abdul Kalam in 2015.