U.S. Secretary of State Antony Blinken and Israeli Foreign Minister Yair Lapid held a joint press conference Wednesday at which they said Iran is running out of time to return to compliance with the nuclear deal.

Blinken vaguely suggested “other options” could be on the table, while Lapid more forcefully stated that Israel will not allow Iran to deploy nuclear weapons.

“Time is running short. We are prepared to turn to other options if Iran doesn’t change course, and these consultations with our allies and partners are part of it,” Blinken said at the press conference, which also included United Arab Emirates (UAE) Foreign Minister Abdullah bin Zayed. 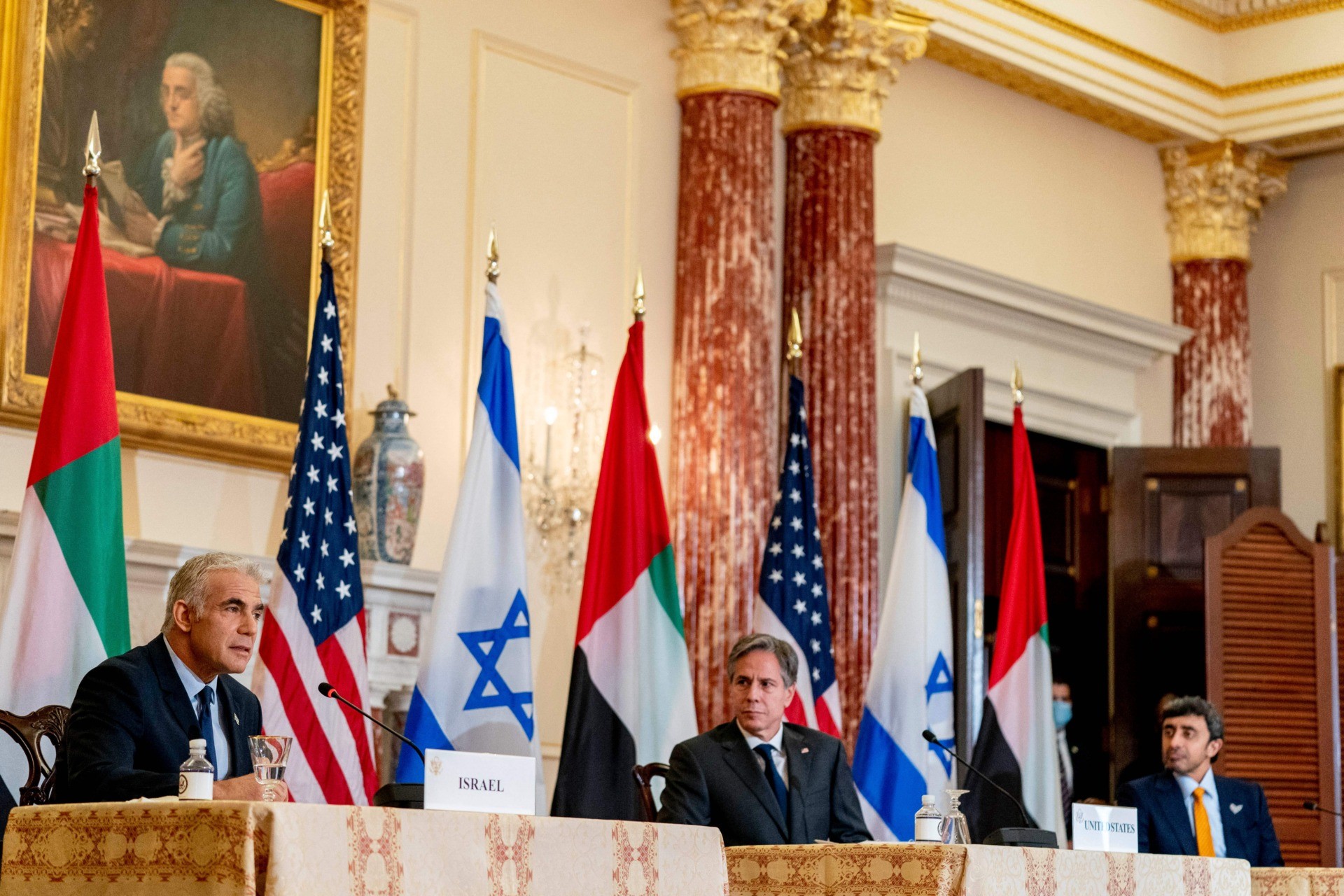 “We will look at every option to deal with the challenge posed by Iran, and we continue to believe that diplomacy is the most effective way to do that – but it takes two to engage in diplomacy, and we have not seen from Iran a willingness to do that at this point,” Blinken lamented.

“Secretary of State Blinken and I are sons of Holocaust survivors. We know there are moments when nations must use force to protect the world from evil,” Lapid said.

“If a terror regime is going to acquire a nuclear weapon we must act. We must make clear that the civilized world won’t allow it. If the Iranians don’t believe the world is serious about stopping them, they will race to the bomb,” the Israeli foreing minister stated.

“Iran is becoming a nuclear threshold country. Every day that passes, every delay in negotiations, brings Iran closer to a nuclear bomb. Iran is clearly dragging their heels, trying to cheat the world to continue to enrich uranium, to develop their ballistic missile program,” Lapid warned.

The Associated Press (AP) speculated a “wide range of non-diplomatic options” could be under consideration for “Plan B” with Iran, “ranging from stepped up sanctions to covert or military actions.”

“The remarks were a rare acknowledgment by the U.S. that it is looking at what to do in the event diplomacy with Iran fails,” the AP noted, pointing to the Biden administration’s desperation to keep the Iran nuclear deal alive despite Tehran’s intransigence.

Voice of America News (VOA) noted Wednesday that hopes for saving the deal, formally known as the Joint Comprehensive Plan of Action (JCPOA), are growing “dim.”

“We’re realistic. We know there’s a good possibility Iran is going to choose a different path,” Robert Malley said when asked about hopes Tehran would return to compliance with the Iran nuclear deal.

Malley acknowledged Iran’s wanton violations of the JCPOA were in no way justified by U.S. withdrawal, and the Iranians have stubbornly refused to make the slightest concession to a Biden team eager for any opportunity to rejoin. Iran’s demands have been absolute and unreasonable, to the point where Biden cannot find a way to bring the U.S. back into the JCPOA, no matter how badly he wants to.

The Washington Post on Thursday judged the JCPOA is “likely dead for good, despite the Biden administration’s best efforts to revive it,” and wondered if the Biden team has any firm ideas for a “follow-up plan to prevent Iran from going nuclear.”

“There are reports that the Biden team is now trying to persuade China to cut imports of Iranian oil in order to pressure Iran to talk, but Beijing shows no signs of going along,” the Washington Post reported.