President Trump’s year of imposing tariffs on foreign imports to protect American jobs and industry has marked the highest level of optimism among U.S. manufacturers, a survey by the National Association of Manufacturers (NAM) reveals.

The survey of nearly 540 U.S. manufacturing firms found that about 90.6 percent, or 9-in-10, say they expect to increase workers’ wages over the next 12 months by at least up to three percent. 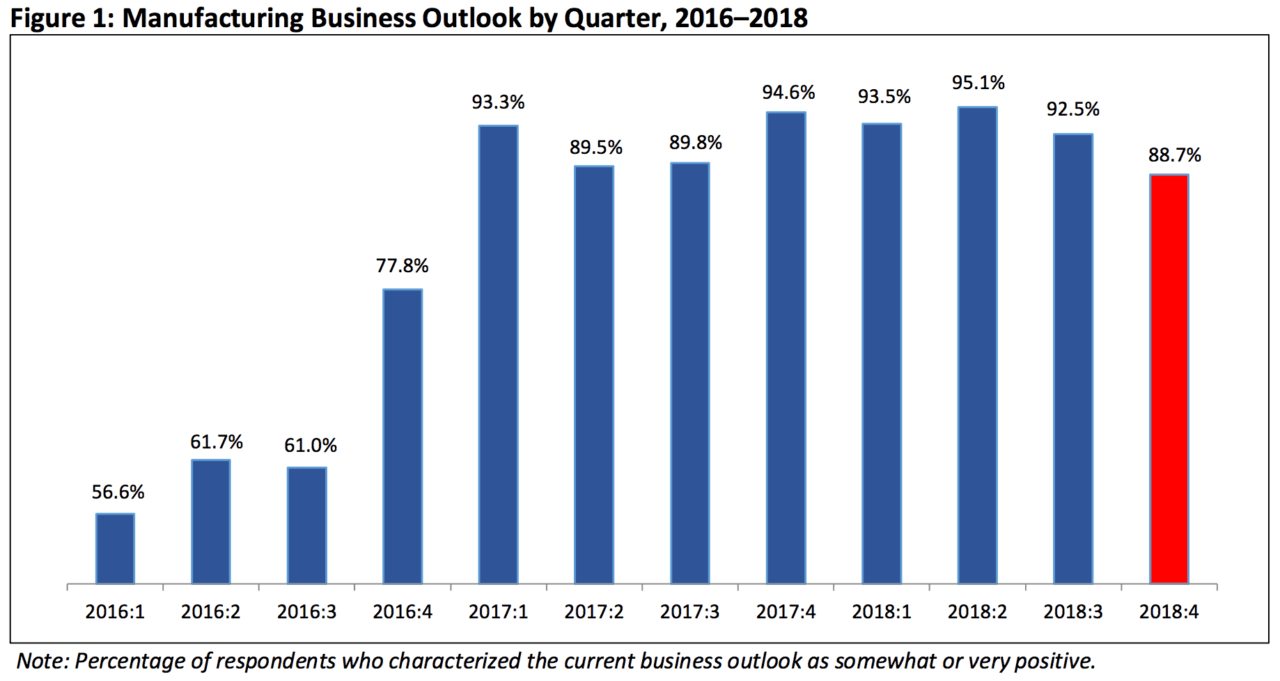 On average, in 2018, more than 92 percent of American manufacturers said they had a positive outlook on their company’s future. This is the highest level of positive business outlook for manufacturers in the 20-year history of NAM’s quarterly survey.

Since Trump took office in 2017, U.S. manufacturers’ optimism has peaked at more than 95 percent — the highest quarterly record in NAM survey history — and has not dipped below 88.7 percent.

As Breitbart News reported, Trump’s tariffs on imports have stimulated the country’s durable goods manufacturing industry and have created about 11,100 U.S. jobs as of August. Just since Trump’s enactment of the ten percent tariff on imported aluminum, primary aluminum producers are on track to create 1,075 American jobs and downstream producers are to create more than 2,000 jobs in the industry.