How the Brits Did It

Here’s why American conservatives should pay attention to the recent special election in Hartlepool, United Kingdom: The British Conservative Party has modernized and mobilized itself to win a parliamentary constituency that the Labour Party had held for nearly 60 years; indeed, the Conservative candidate won the seat on May 7 by more than 23 points.

Now that’s a story worth paying attention to, with an eye toward our replicating it here.

The parallels between American conservatives and British conservatives are strong and more recently even stronger, as the two parties have taken a populist, pro-worker, anti-globalist turn.

As we all remember, in June 2016, British voters endorsed the Brexit referendum. Then, of course, in November 2016, Donald Trump was elected president of the U.S. And in July 2019, after weak Conservatives had dithered on Brexit, Boris Johnson became prime minister on a flat promise: “Get Brexit Done.”  Johnson won in a massive landslide; it was the biggest victory for the Tories since 1935. Then Johnson kept his promise on Brexit, absorbing along the way voters who had supported Nigel Farage’s U.K. Independence Party.

Yet there was more to Johnson than Brexit. His winning political platform was heavy on conservative and populist themes. He pledged more money for police, science, healthcare, apprenticeships, and infrastructure, while at the same time holding the line on personal tax increases. Johnson further promised to restrict immigration, as well as to toughen up on crime.

Okay, maybe that sounds a lot like a familiar American Republican agenda. And yet Johnson’s agenda includes some features that Americans might do well to ponder. For instance, when he talks about more spending for healthcare, he means the National Health Service (NHS), the cradle-to-grave health system that was first put in place by the Labour Party back in 1948.

In all the decades since, under Conservatives as well as Labour, the NHS has thrived. A 2018 poll found it holding 87 percent approval, just behind firefighters—and well ahead of the royal family. Indeed, British affection for the NHS was on lavish display in London in 2012, when it served as a centerpiece for the live show at the opening ceremony of the Summer Olympics.

Seen through British eyes, the NHS is actually a conservative pillar; it’s one of those institutions—like firefighters, the police, the military, and the schools—that makes Britons feel that the system cares about them and that they in turn have a stake in the system. 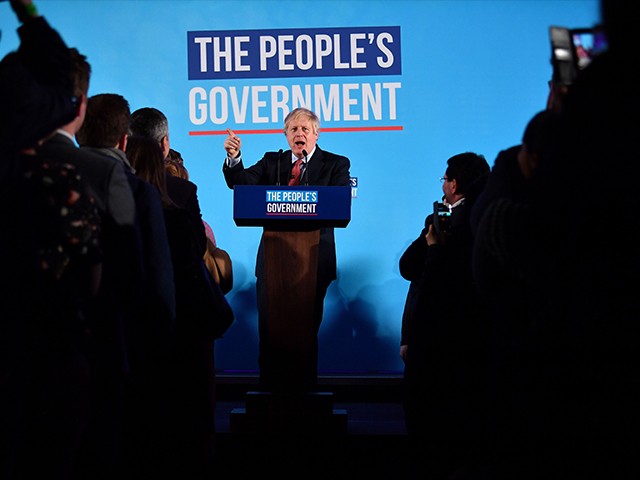 Britain’s Prime Minister and leader of the Conservative Party, Boris Johnson speaks during a campaign event to celebrate the result of the General Election, in central London on December 13, 2019. (BEN STANSALL/AFP via Getty Images)

To be sure, Americans haven’t quite cottoned to national health insurance, although it is true that the Affordable Care Act now enjoys a healthy margin of public support. Moreover, just in the past three years, the ruby-red states of Idaho, Nebraska, Oklahoma, and Utah have voted to expand Medicaid, bringing many working-class families (the poor have always been covered under Medicaid) into the protective embrace of health insurance.

Indeed, we might further recall the frustrations–more like defeats–that Congressional Republicans suffered in 2017, as they tried to repeal Obamacare. And those defeats were capped by an even greater defeat: the loss of the GOP majority in the House in 2018. Since then, Republicans have mostly stopped talking about trying to repeal Obamacare, and elections have generally gone better for them.

Moreover, all Americans might consider the implications of the Covid-19 pandemic. We might ask: Over the past year, did it ever seem like a good idea to turn anyone away from an emergency room or hospital because he or she didn’t have health insurance? And should the vaccine have gone only to those who could afford it?

Covid-19 reminded Americans: We’re all in this together. And so it’s in the interest of each of us for all of us to be healthy, and maybe a better and more comprehensive health system can help with that.

Without a doubt, Johnson’s policies rankle some on the right. And yet his success should inspire American conservatives to think harder about finding effective solutions to the challenges confronting Americans. 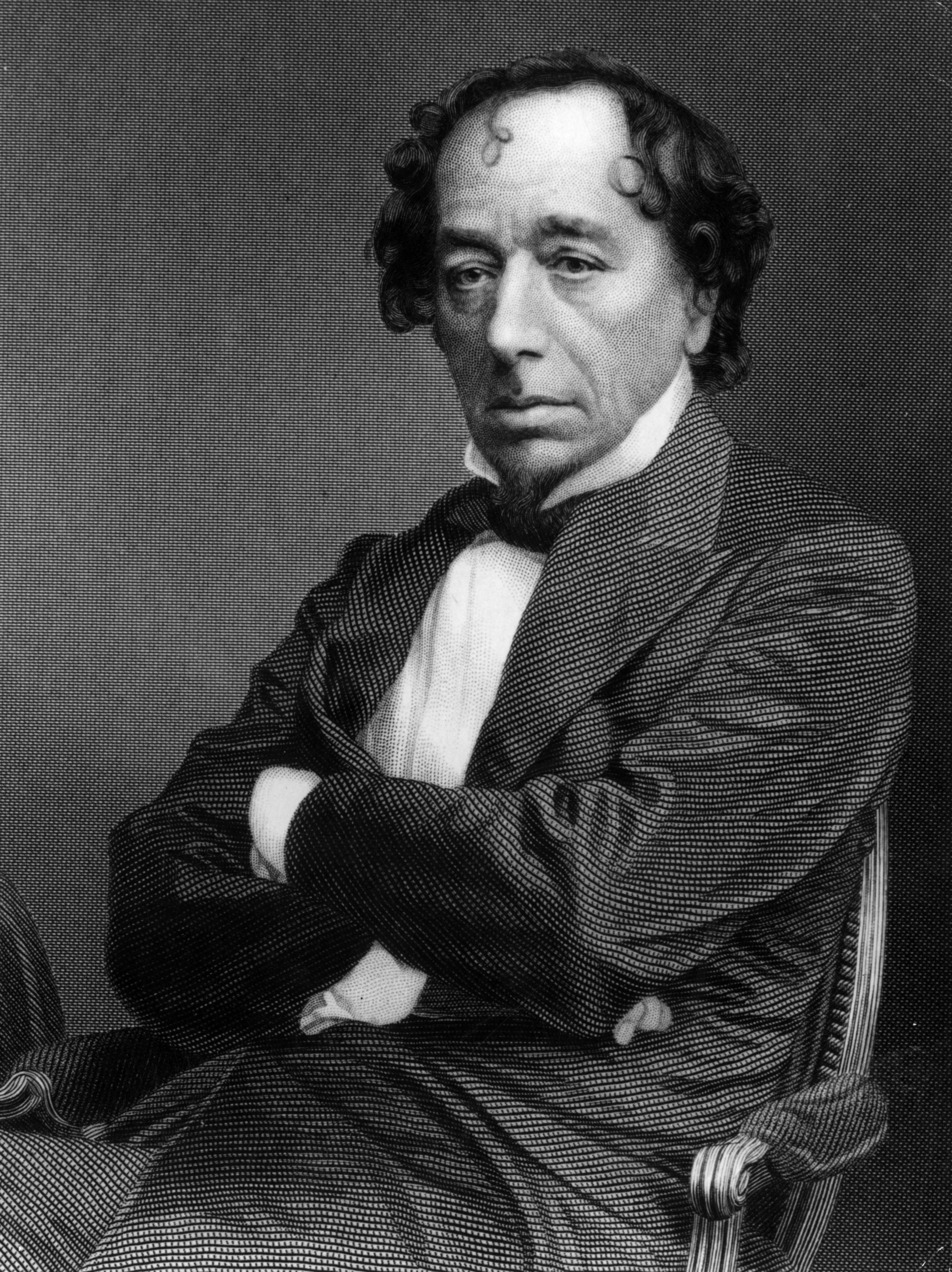 Having served for seven years at Number 10 Downing Street, Disraeli died in 1881.  The Times of London eulogized him, recalling that as a Conservative prime minister, he had made a decisive break with aristocratic predecessors who had feared the masses, holding them “at arm’s length.” By contrast, the Times continued, Disraeli “discerned the Conservative working man, as the sculptor perceives the angel prisoned in a block of marble.”

That phrase, “angel in marble,” has ever since defined enlightened conservative attitudes toward the working class.  That is, the realization that most folks are happy playing by the rules and settling for a modest piece of the pie, so long as they are treated fairly and with respect.

One Nation Conservatism was Disraeli’s legacy to the right, and today, Johnson is the studious inheritor: A recent poll showed Conservatives ahead of Labour by a whopping 14 points.

And now comes the Hartlepool result; as the left-wing Guardian mournfully reported, “It is only the second time in nearly 40 years that a governing party has taken a seat from the opposition.”

Of course, the Conservative Party hasn’t accomplished all this by itself—it’s had help from the Labour Party.

As its name suggests, the Labour Party was once the party, of, well, labor—you know, blue collars and their labor unions, spread out across the nation’s mines and factories. And yet over the past few decades, the Labour Party has shifted; its base now is in the swanky and funky precincts of London and other big cities—as a map of the 2019 results shows.  And in fact, last week the Labour mayor of Liverpool was re-elected by a comfortable margin.

Not surprisingly, as Labour’s geography has shifted, so, too, has its ideology: away from workers and classes, and toward the trendier lefty categories of race and gender.  The Labour Party has, in a word, become “woke.”

So we might pause to hear the voice of Paul Embery, a trade unionist and disillusioned Labourite, who earlier this year published a book about what’s wrong with his party, bluntly entitled, Despised: Why the Modern Left Loathes the Working Class. In Embery’s telling, Labour has forsaken its communitarian and socially conservative roots and focuses now instead on a “poisonous brew” of wokedom and political correctness.  Furthermore, it’s bulked up with “middle-class, Guardian-reading bohemians and pseudo-intellectuals … pursuing an uber-liberal, youth-obsessed, London-centric agenda.”

In other words, today’s Labour offers no home—and perhaps only contempt—for Embrey-type working stiffs.  These are the men and women who seek home, place, family, relationships, and work.  As Embery writes, “We are social and parochial beings with a profound attachment to place and a desire to belong. . . . Working class people seek to revive the politics of belonging, place and community as an antidote to galloping globalization.”

How the Americans Can Do It

You see, the Democrats too have forsaken their origins as the party of laborers, farmers, artisans, and mechanics. And so the old Democratic coalition of our seventh president, Andrew Jackson—that combination of Southern Protestants and Northern Catholics that boosted Democrats for the better part of two centuries—has fallen apart. More precisely, the old Jacksonian coalition is now the new Republican coalition.

In the meantime, as happened to Labour in the U.K., the U.S. Democrats have become the party of the cities—blue dots we call them. These new Democrats are on the left, and yet, as we know, it’s a wokey kind of leftism; as James Carville would say, too many of today’s Democrats are more snobbish than anything else.

Yet Republicans will only start to win big when they too can discern the angel in marble—that is, when they can see the inner conservatism in working people of all races and genders and shape it into electoral success.

Today, plenty of top Republicans—including House Minority Leader Kevin McCarthy and Sens. Ted Cruz, Josh Hawley, and Marco Rubio—have spoken fondly of the GOP becoming the natural home for workers, and yet it’s fair to say that the process is still ongoing.

For instance, when another pro-worker Republican–Rep. Jim Banks of Indiana, the new chairman of the House Republican Study Committee—put forth a detailed policy agenda, he was criticized by the third-ranking Republican in the House, Rep. Liz Cheney of Wyoming, who reportedly described Banks’ document as “neo-Marxist and wrong.”

One can quickly say that Cheney is wrong on the policy (Banks is no Marxist, neo or otherwise, instead, he’s a forward-thinking conservative) and that she is also wrong on the politics (the last thing the GOP needs is the millstone of Cheney-ish endless wars).

If Democrats control the post-industrial cities, high tech, high finance, and high culture, then for the sake of survival Republicans need to reach out to every last worker—including, of course, in the cities. And so if the GOP goes out of its way to tip its cap to workers, that’s smart politics, not communism. 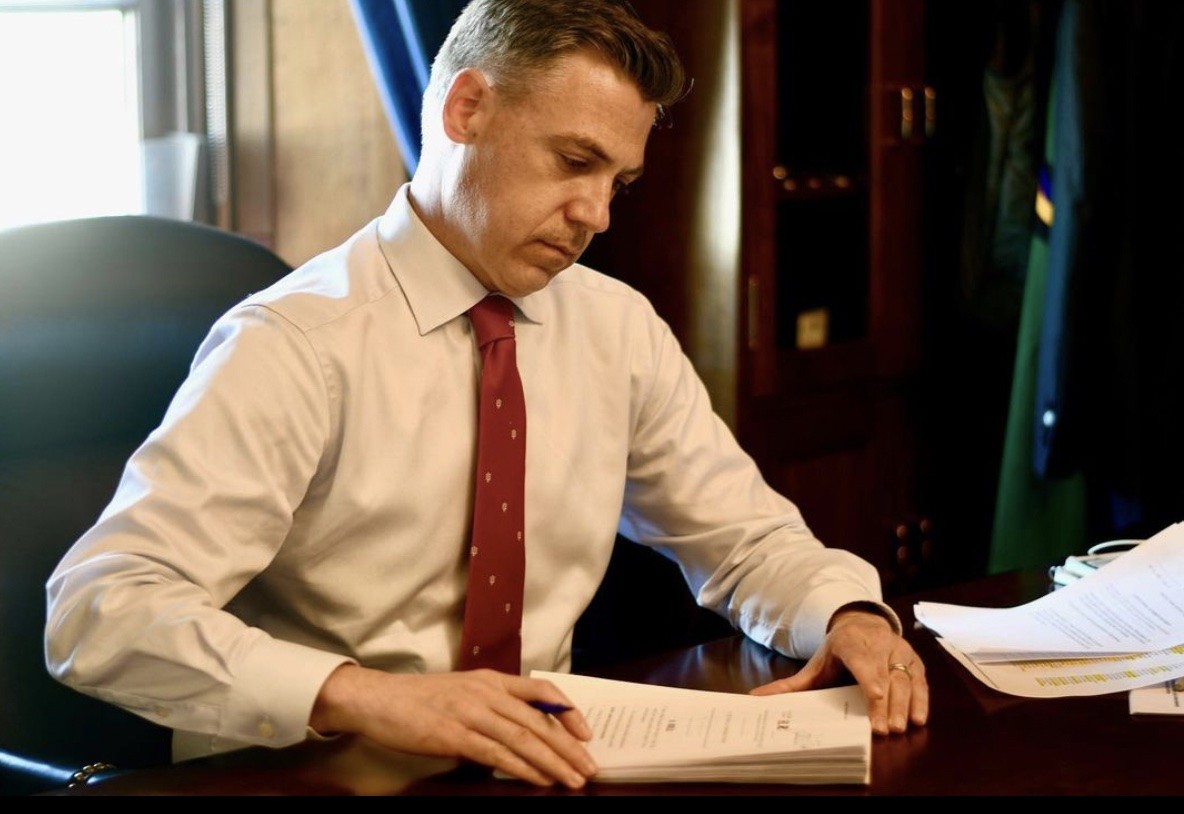 It’s quite possible that Cheney will not have her high position for very much longer, and if she does depart from the GOP leadership, then the Republican pro-worker agenda can take another step forward. (Here at Breitbart News, this author has written extensively about the vision of a populist worker-soldier GOP, including their chosen organizations.)

The last six months have taught Republicans some hard lessons both about the importance of voting and of securing the vote-counting.

Moreover, by now every Republican and every conservative should be convinced that elections have consequences and that the idea of bystanding as opposed to voting—or futilely protesting after the ballots are cast—is a loser.

Instead, we need to do exactly what the British Conservatives did: We need to modernize and mobilize. If we do all that, we’ll soon enough have some amazing Hartlepool-type victories of our own.