Coal miners from across Alabama, West Virginia, and Pennsylvania protested outside the Wall Street firms like BlackRock, the biggest shareholder in Warrior Met Coal, on Wednesday in a fight for better union contracts.

For nearly five months, about 1,100 coal miners with the United Mine Workers of America (UMWA) have been on strike against Warrior Met Coal demanding a better contract.

In 2016, Warrior Met Coal filed for bankruptcy and in order to keep the company afloat, the UMWA agreed to pay cuts, fewer healthcare benefits, and less time off for coal miners with the promise that they would be rewarded once the company climbed its way out of the bankruptcy.

UMWA representatives, though, said upper-level management was paid bonuses even as the coal miners accepted pay cuts. Now, after the agreement saved Warrior Coal Met $1.1 billion over the last five years along with $4.3 billion in profits, the coal miners are asking for a contract that rewards them for helping the company’s finances get back in order.

“You have sacrificed enough, you have made this company profitable,” a union representative said outside of BlackRock, Warrior Met Coal’s biggest shareholder. “And when they sit at the table and they tell you ‘The price is too high,’ I tell them that the cost is too much to bear for your families and your communities and for you not to get the contract that you deserve.”

“If they don’t like us in these streets, then they need to get us a contract, you hear that BlackRock,” another union representative said:

Get us a fair contract and we’ll go back to work in those coal mines where we should be. We road up here on buses to tell you your investment needs to be put to use in these guys’ salaries, in these guys’ benefits, these guys that have earned you profits that you’re making from these coal mines.

Every time America gets in a war, they come down to a coalfield to get people to fight those wars. In Vietnam, more West Virginians lost their lives per capita than any other state in the union. America owes a great deal to coal miners. We fought in World War I, World War II, Korea, the Middle East, Vietnam. Whenever America called on us, we answered. It is now time for our government to stand up for coal miners. [Emphasis added]

Actress Susan Sarandon spoke at the protest, slamming BlackRock as a “horrible smear on the vision of the United States.”

“I know what it’s like to be a union person who is struggling for what’s right, for what is owed to you,” Sarandon said: 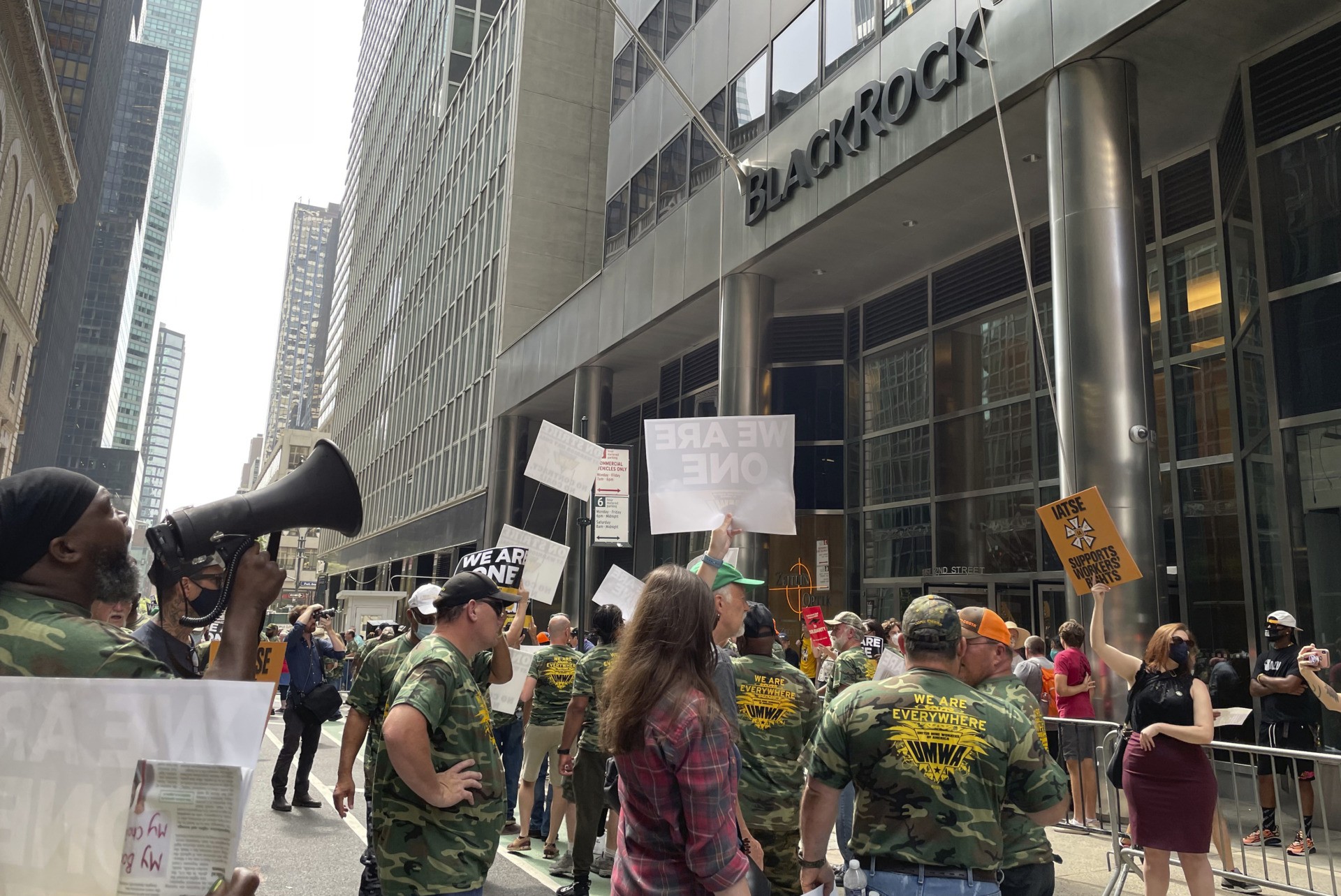 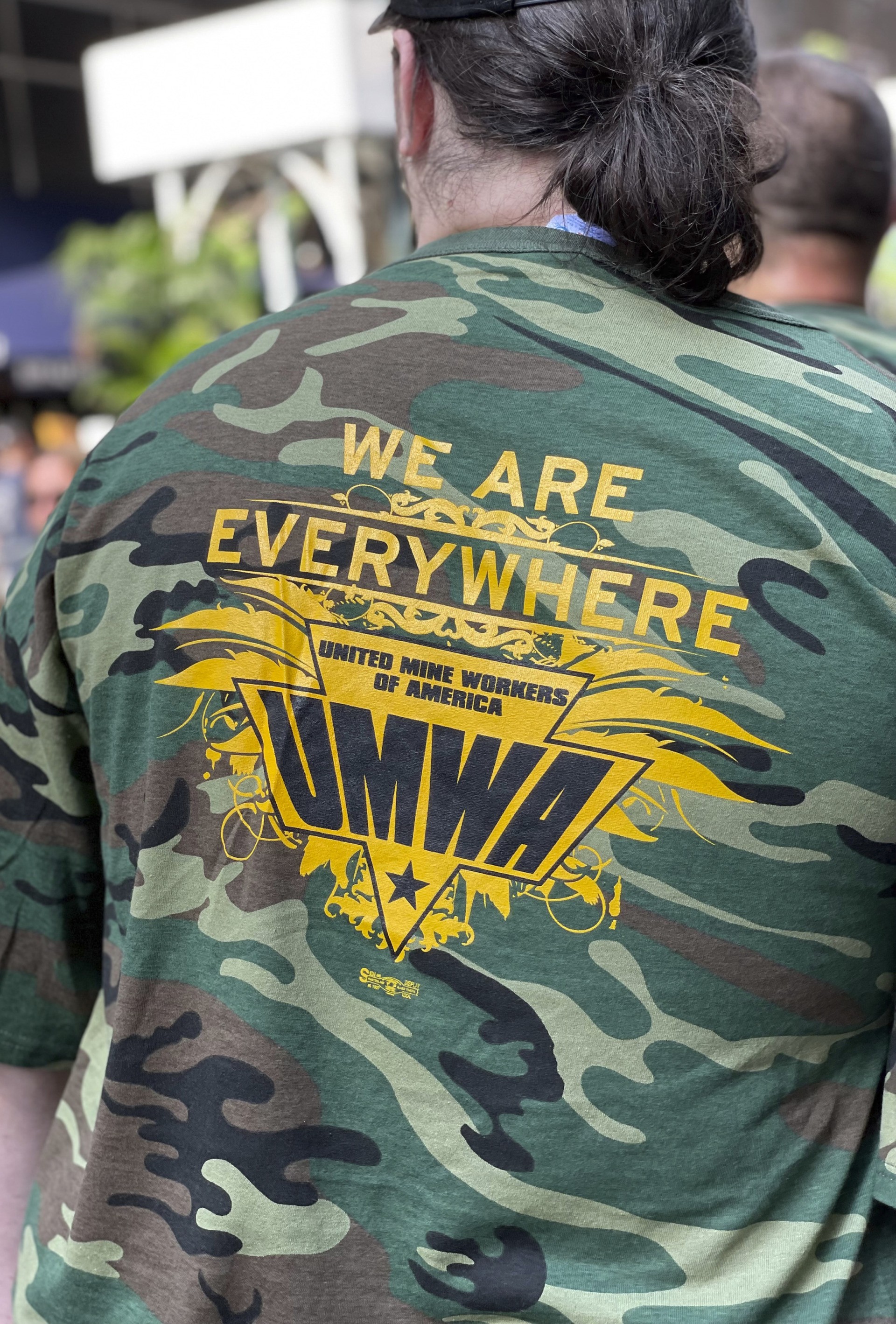 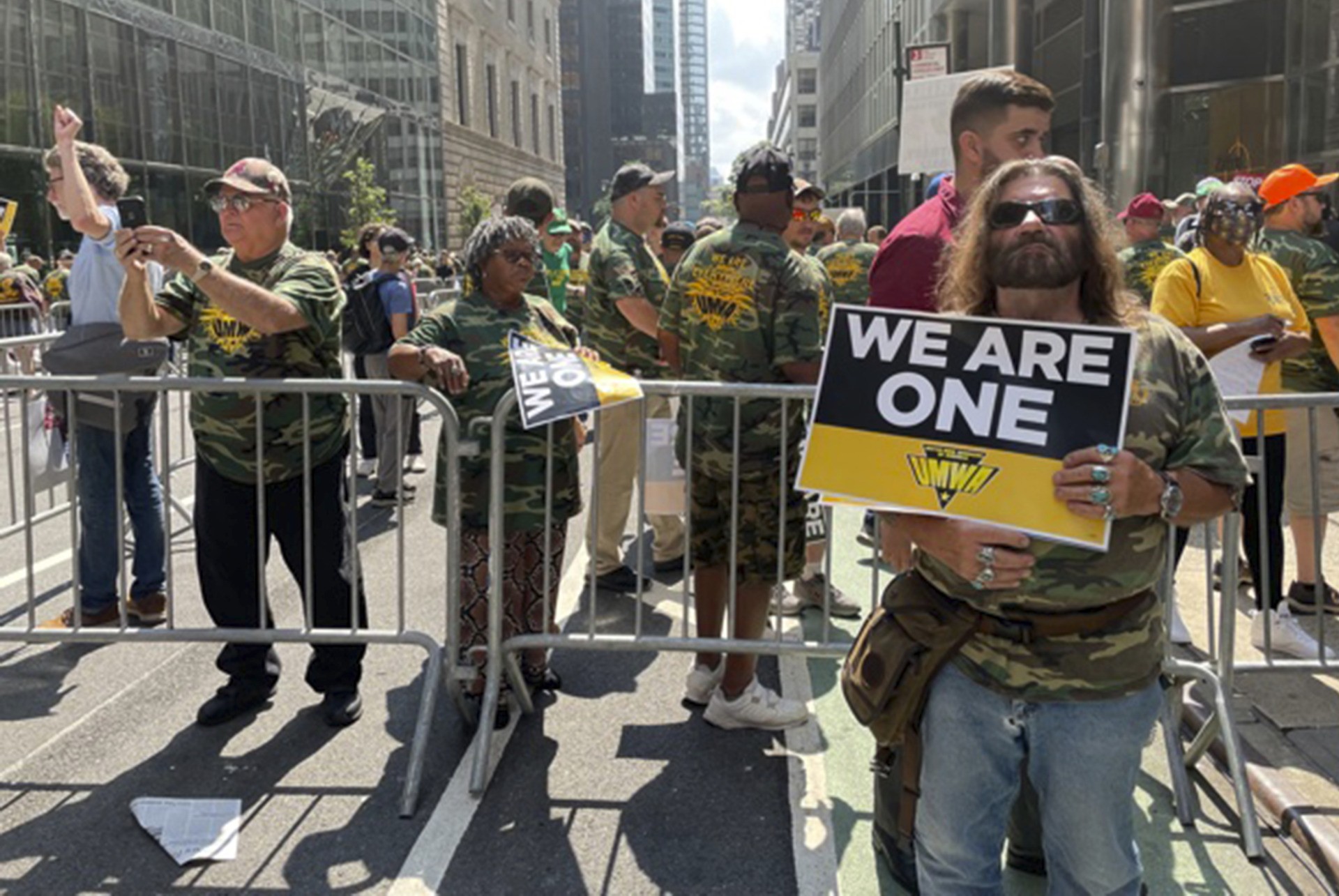 Will Attig with the Union Veterans Council said Warrior Coal Met “has stolen a billion dollars from each” coal miner, their community, and the “mom and pop shops that we’re supposed to be supporting” over the last five years.

“Right now, we see those politicians and CEOs taking those opportunities from our workers to pull themselves up and they’re cutting the bootstraps off before they can even tie them,” Attig said: