Gov. Bill Lee (R) signed an executive order Monday giving parents the ability to opt their children out of any mask mandates imposed by Tennessee schools.

Lee said that although his state, like many others, is experiencing an uptick in new coronavirus cases, he is prioritizing parents’ ability to make decisions about the “health and well-being of their child.”

“Right now, some of the greatest frustration is occurring in our K–12 schools, especially around the issue of mask mandates,” Lee stated in prepared remarks on Monday. “While local decision-making is important, individual decision-making by a parent on issues regarding the health and well-being of their child is the most important.”

Lee’s order gives parents the “right to opt out of any order or requirement for a student in kindergarten through twelfth-grade to wear a face covering at school, on a school bus, or at school functions by affirmatively notifying in writing the local education agency or personnel at the student’s school.”

No one cares more about the health & well-being of a child than a parent.

I am signing an EO today that allows parents to opt their children out of a school mask mandate if either a school board or health board enacts one over a district. pic.twitter.com/aOxzvP41Hp

Sen. Marsha Blackburn (R-TN) praised the governor on Tuesday for the order, writing on social media, “Thank you, @GovBillLee for your leadership! Parents should be able to make their own decision about what’s best for their child.”

Lee’s move drew criticism from the southwest corner of the state, however, where Shelby County — a populous, predominantly Democrat county in the solid red state — said it was looking into “the legalities” of the order and reemphasized in all capital letters “MASKS ARE REQUIRED” of students in Shelby schools.

Board Members and I are consulting with our General Counsel to review the legalities of Governor Lee’s Executive Order 84. In the meantime and in alignment with @ShelbyTNHealth Order No. 24, MASKS ARE REQUIRED for all employees, students, and visitors in our schools and offices.

Lee, a native Tennessean who has been governor since 2018, is up for reelection next year and received an endorsement last week from former President Donald Trump. 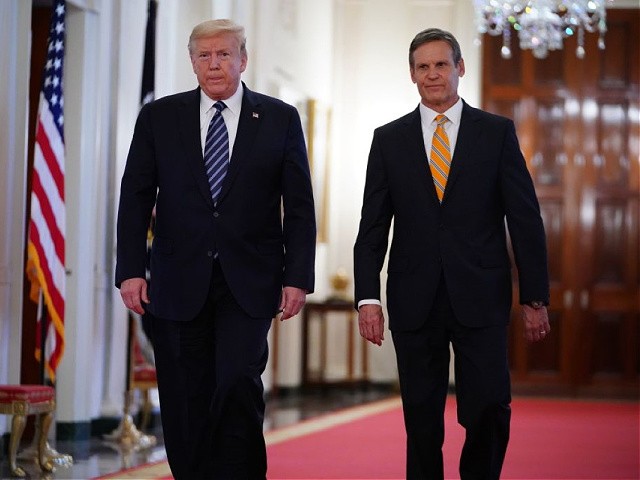 The former president said in a statement announcing his support that Lee “is an outsider who led the Great State of Tennessee through difficult times, without compromising his Conservative Values. Tennesseans enjoy more freedom than ever before.”