The U.S. Centers for Disease Control and Prevention (CDC) on Monday claimed there have been no deaths reported in young people due to heart inflammation conditions, a known side effect of the Pfizer and Moderna vaccines, as a result of getting a coronavirus vaccine.

On Monday, the federal health agency acknowledged 2,574 preliminary cases of heart inflammation cases, myocarditis, in those who have received a coronavirus vaccine but said, “no deaths had been reported in young adults,” according to Reuters.

The CDC held an emergency meeting over the summer about the emergence of cases of myocarditis and pericarditis occurring primarily in young men after receiving one of the two mRNA vaccines. In a June 23 fact sheet, the CDC acknowledged “more than a thousand reports to the Vaccine Adverse Event Reporting System (VAERS) of cases of inflammation of the heart—called myocarditis and pericarditis—happening after mRNA COVID-19 vaccination (i.e., Pfizer-BioNTech, Moderna) in the United States.”

“These reports are rare, given the hundreds of millions of vaccine doses administered, and have been reported after mRNA COVID-19 vaccination, particularly in adolescents and young adults,” the fact sheet read, continuing to recommend parents to get their eligible children vaccinated. 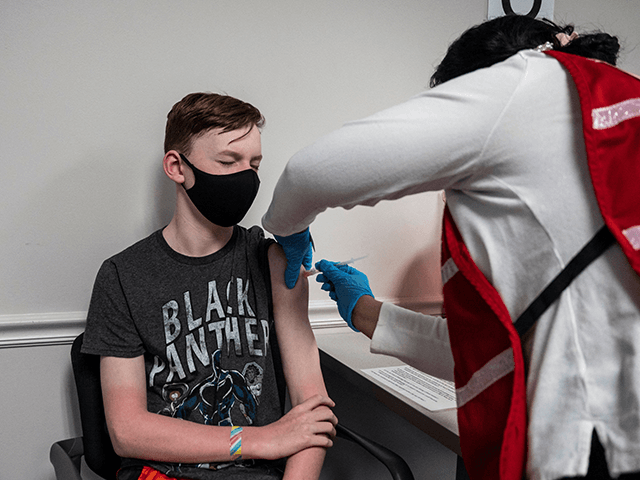 Luke Allan, 13, closes his eyes as he gets a Covid-19 vaccination at the Fairfax Government Center vaccination clinic in Fairfax, Virginia on May 13, 2021. – The campaign to immunize America’s 17 million adolescents aged 12-to-15 kicked off in full force on May 13, a key part of President Joe Biden’s strategy to push the country close to herd immunity. (Photo by ANDREW CABALLERO-REYNOLDS / AFP) (Photo by ANDREW CABALLERO-REYNOLDS/AFP via Getty Images)

Notably, on August 27, Moderna revised its fact sheet for recipients and caregivers. The sheet lists myocarditis and pericarditis as potential side effects of the vaccine, which it says has occurred in “some people” following their second dose.

Myocarditis (inflammation of the heart muscle) and pericarditis (inflammation of the lining outside the heart) have occurred in some people who have received the Moderna COVID-19 Vaccine. In most of these people, symptoms began within a few days following receipt of the second dose of the Moderna COVID-19 Vaccine. The chance of having this occur is very low.

According to the fact sheet, effects that have been reported during post-authorization use of the Moderna vaccine include severe allergic reactions, myocarditis, and pericarditis.

In July, the CDC affirmed it was investigating the death of a 13-year-old boy who died suddenly in his sleep two days after receiving the Pfizer shot. At the time, his family “was told that preliminary autopsy findings suggest Jacob’s heart was enlarged when he died and there was fluid around his heart,” according to the Detroit Free Press.

However, the medical examiner would not confirm that to the outlet, verifying the investigation itself but offering no further details.

“It’s still an ongoing investigation,” Randy Pfau, director of operations for the Michigan Institute of Forensic Science and Medicine, said. “I know the doctors are working on this case as a priority.”

It could be months before investigators identify an official cause of death. 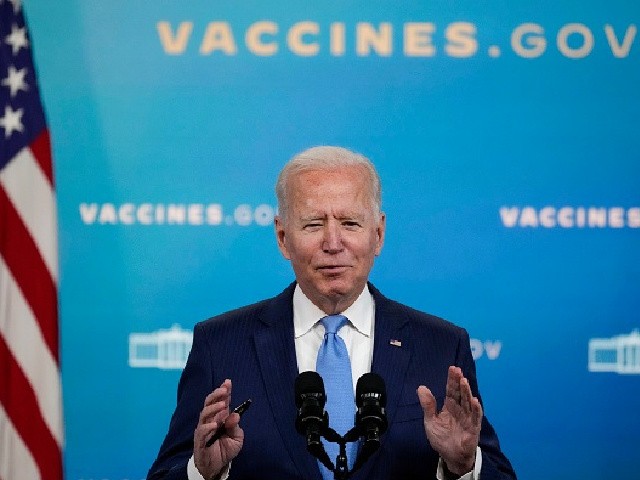 WASHINGTON, DC – AUGUST 23: U.S. President Joe Biden speaks about COVID-19 vaccines in the South Court Auditorium at the White House complex on August 23, 2021 in Washington, DC. On Monday morning, the U.S. Food and Drug Administration (FDA) announced full approval of the Pfizer-BioNTech coronavirus vaccine for people 16 and older, making it the first vaccine to move beyond emergency use status in the U.S. (Photo by Drew Angerer/Getty Images)