“For me, I think the 27-page indictment is the biggest signal that more is coming because when you issue an indictment for lying to the FBI, like they did with Sussmann, it’s two to five pages max. It’s unheard of to be 27 pages,” Patel told co-host Jan Jekielek.

Durham announced on September 16 a federal indictment charging Michael Sussmann, a Perkins Coie lawyer who worked for the Democratic National Committee (DNC) and the Hillary Clinton presidential campaign on one count of making a false statement to the FBI on September 19, 2016, while trying to push allegations of collusion between the Trump campaign and Russia. 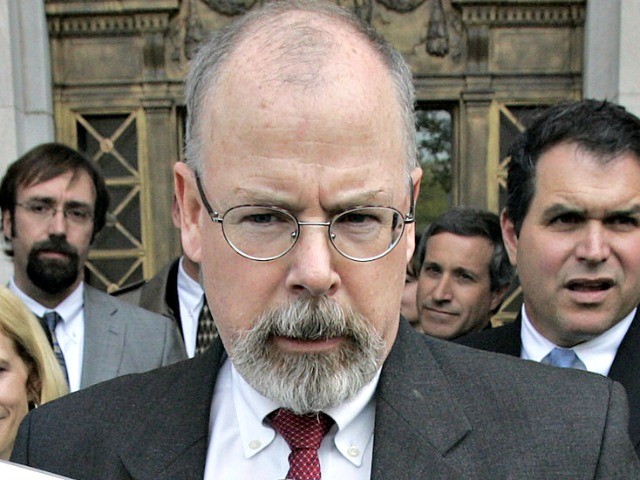 According to a summary of the indictment, Sussmann, 57, had requested a meeting with then-FBI General Counsel James Baker to provide him with “certain data files” and “white papers” that allegedly showed a “covert communications channel between the Trump Organization and a Russia-based bank.” Sussmann falsely stated to the General Counsel that he was not providing the allegations to the FBI on behalf of any client, when in fact, he was doing so on behalf of two clients — the Clinton campaign and a technology executive coordinating with the Clinton campaign. 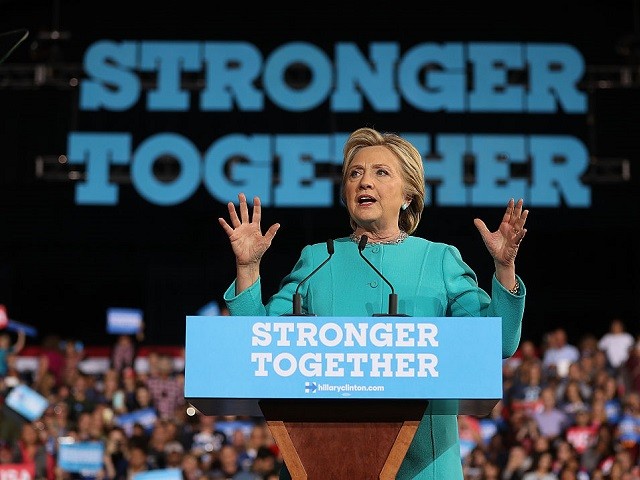 CLEVELAND, OH – NOVEMBER 06: Democratic presidential nominee former Secretary of State Hillary Clinton with LeBron James during a campaign rally at the Cleveland Public Auditorium on November 6, 2016 in Cleveland, Ohio. With two days to go until election day, Hillary Clinton is campaigning in Florida and Pennsylvania. (Photo by Justin Sullivan/Getty Images)

The indictment also alleged Sussmann’s false statement misled the FBI and deprived it of information that might have allowed it to uncover the origins of the allegations, including the identities and motivations of his clients.

So why put all that information out there? It’s exactly for that reason, to put it out there. The public can now go and read the indictment and see what John Durham has been working on. It’s a way to announce pieces of investigation. By name, by title, all the six to eight individuals in the indictment that they identify that were working with Sussmann or on behalf of Sussmann, and who was paying Sussmann and where the information was going because people are gonna figure out who those individuals are.

He also noted that there are many more figures to Durham’s investigation who have not yet been indicted, which could mean they are cooperating co-conspirators. Patel said:

“I would imagine, you put all those people in grand juries for interviews and you obtain documents, and I think that’s what’s coming.”

Part of Durham’s indictment relied on a deposition Patel conducted as a House Intelligence Committee investigator with Sussmann. During the deposition, Sussmann admitted to Patel that he passed on the allegations to the FBI general counsel on behalf of clients, but he refused to say who those clients were.

Patel said essentially, Sussmann had lied to Baker that he had passed on the allegations not on behalf of any client.

“[Durham] is basically saying, you came in and lied to law enforcement, to cops, to the FBI. And that’s what they’re saying Michael Sussmann did, they’re alleging he went in to the FBI and lied to them,” he said.

Patel also explained the significance of who Sussmann is:

Michael Sussmann is one of the top two lawyers for the Hillary Clinton campaign when she was running for President in 2016 and the DNC. His law firm, Perkins Coie, had himself, Sussmann and his partner, Marc Elias, be the top two law firms in the entire country for the whole of the Hillary Clinton campaign for President and the Democratic National Committee.

Patel also noted that Baker is the top lawyer at the FBI, out of some 40,000 employees, and Sussmann used his personal relationships to get a meeting with Baker. Patel said:

This individual, Sussmann, was able to, based on his relationships with this lawyer and his service at DOJ before he went to Perkins Coie, he is able to get a meeting and walk into the Federal Bureau of Investigation’s headquarters and sit down with the general counsel of the FBI, which is a big deal in and of itself.

And he presented it to James Baker of the FBI and said, ‘I’m just being a good Samaritan, I need you guys to review this, and thanks for meeting with me.’ What the indictment alleges as a criminal conduct is not the handoff of that information. It’s that Sussmann, according to the indictment lied about who his client was, who he was doing on behalf of, who paid him to collect that information and submit it to the FBI.

Patel said Sussmann also seeded the allegations into the media.

“He’s not only seeding it to a law enforcement agency, which we’ll get to the details of that in a second as to what they did with it, but the media because they want the media to start running these stories before the election. And that’s exactly what happened,” he said, adding:

So he gives it to Christopher Steele, and Steele starts giving it through Fusion GPS and others to people in the media. And Sussmann himself allegedly meets with people in the media to start planting these stories. And what happens? Right before the election there’s a story that breaks nationally that says, it looks like President Trump is somehow connected with the Russian government through these Alfa Bank servers.

And Hillary Clinton, the Democratic candidate, even tweets it and said, and pretends like she didn’t know anything about it. Look at President Trump, he’s connected with Russians, don’t vote for him. And that’s pretty damning information to put out a week or two right before an election.

It's time for Trump to answer serious questions about his ties to Russia. https://t.co/D8oSmyVAR4 pic.twitter.com/07dRyEmPjX

Patel said for those who have not been following the case closely, at essence is whether it is OK for a political opponent during a presidential election to buy false information and submit it to the media and the government despite knowing it is false, and encouraging the government to get search warrants on a political campaign in an effort to dig up dirt and prevent them from being president:

And what we’re saying, what we’ve been talking about for the last three, four, five years, and during this episode is that’s what happened. It took a couple of years, it took two congressional investigations. It took Bob Mueller, special counsel, and John Durham as a special counsel to see through some of all of this information.

“And now we’re finally showing the American public what happens. So, yeah, it’s hard to simplify, but I think the magnitude can’t be highlighted anymore than that. If you want free and fair election for the President of the United States, you should care about John Durham’s investigation and where it goes.”