President Joe Biden has restarted flying thousands of Afghans to the United States, through the Philadelphia International Airport in Pennsylvania, after flights had been halted due to a measles outbreak by Afghans on multiple U.S. military bases.

Afghans will now resume boarding international flights from overseas to land in the U.S. where they will be resettled as refugees across 46 states, the Associated Press confirmed. The flights will exclusively land in Philadelphia.

Biden’s massive resettlement operation currently has about 53,000 Afghans living on U.S. bases in Wisconsin, Texas, New Mexico, Indiana, New Jersey, and Virginia. The administration hopes to bring at least 95,000 Afghans to the U.S. in total over the next 12 months. 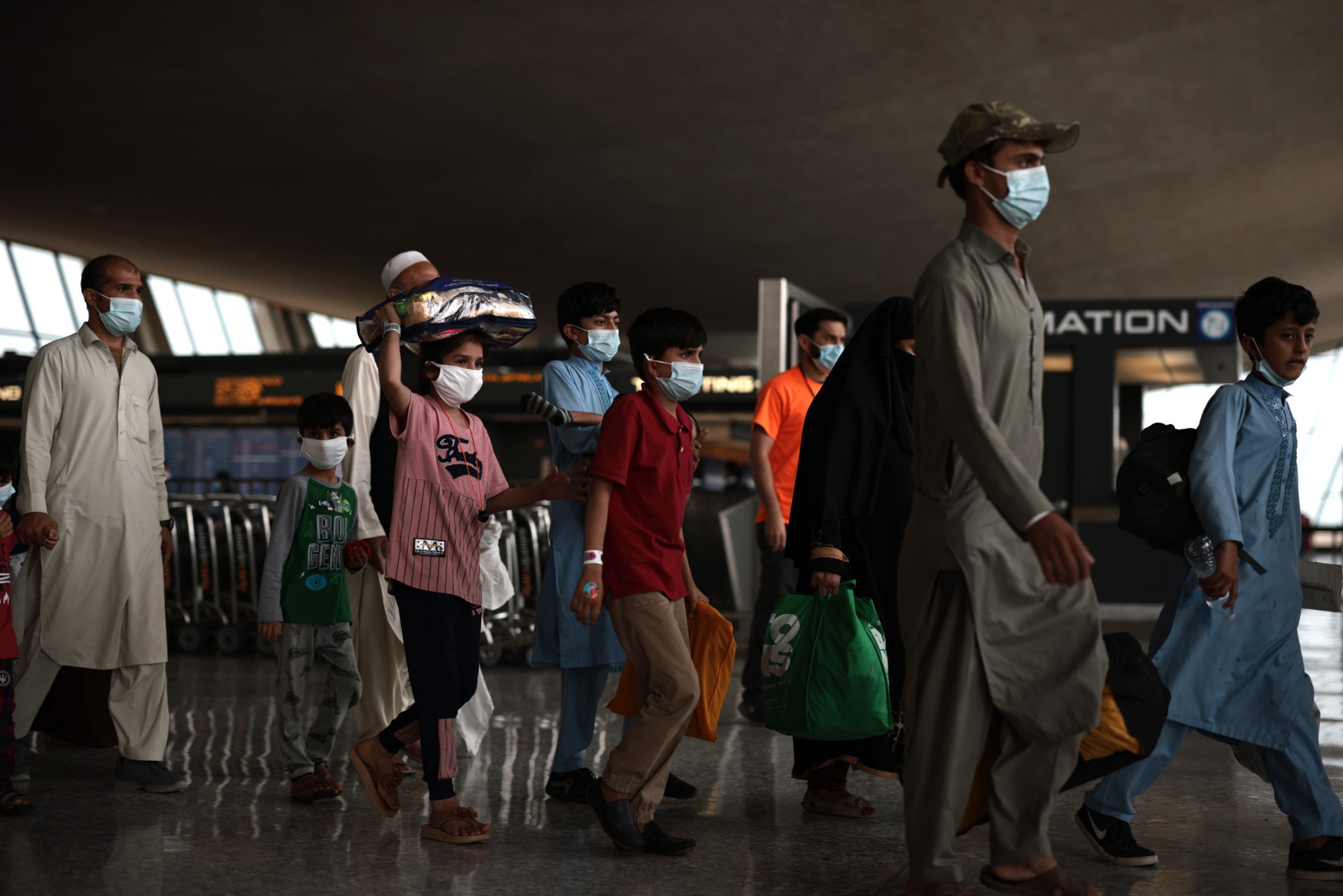 Refugees walk through the departure terminal to a bus at Dulles International Airport after being evacuated from Kabul following the Taliban takeover of Afghanistan. (Anna Moneymaker/Getty Images).

Late last month, the Center for Disease Control and Prevention (CDC) revealed that some Afghans on the U.S. bases had spurred outbreaks of measles, varicella, mumps, tuberculosis, malaria, leishmaniasis, hepatitis A, and the Chinese coronavirus. The outbreaks had halted flights of Afghans to the U.S. from overseas.

On Monday, the Department of Homeland Security (DHS) announced that it had completed its nationwide vaccination against measles, mumps, rubella, and varicella for Afghan arrivals and thus stated that flights would “resume this week.”

There continues to be no requirement for newly arrived Afghans to receive one of the three available coronavirus vaccines. The administration has said that about 84 percent of Afghans arriving in the U.S. and still overseas awaiting resettlement have received a coronavirus vaccine.

Last week, as part of a government funding bill, 49 House and Senate Republicans helped Democrats pass a plan that critics have said opens an “unlimited” flow of Afghan refugee resettlement to the U.S. and funds taxpayer-funded welfare for the new arrivals.

One provision of the bill giving driver’s licenses to Afghans actually allows the new arrivals to skirt national security requirements imposed by the REAL ID Act that American citizens and all other legal immigrants must follow.