Daleiden, who recorded Planned Parenthood, National Abortion Federation (NAF), and biomedical research companies regarding the trafficking of the body parts of aborted babies, said NAF billing records show Harris turned over the items produced from a raid on the pro-life journalist’s apartment to NAF to aid them in their civil lawsuits against him and CMP.

🚨 BREAKING: new billing records and prosecutor statements in court show @KamalaHarris gave the fruits of her search warrant on my home over to @PPFA leadership at @NatAbortionFed THE DAY AFTER the raid—

According to the documents, for example, the day after the raid on Daleiden’s apartment, which Harris’s office ordered, NAF civil attorney Alexandra Laks billed NAF $262.50 to “coordinate review of new videos.”

“Daleiden and his attorneys had not released any new videos for discovery in their civil case, and would not do so for another year and a half, meaning any ‘new videos’ likely came from Daleiden’s unpublished materials,” Madeline Osburn noted at the Federalist Thursday.

Harris had promoted Planned Parenthood throughout her political career, taking thousands of dollars in contributions from the abortion business for her attorney general reelection bid and then her U.S. Senate campaign:

Planned Parenthood CEO Alexis McGill Johnson exclaimed in an interview with Business Insider she is “completely over the moon” that abortion rights champion Kamala Harris is now vice president. https://t.co/LYs7YsBJE1

In March 2016, a Los Angeles Times pro-abortion rights column by Robin Abcarian criticized Harris for dragging her feet on bringing Daleiden to justice following the release of the videos which, ultimately, led to congressional investigations of the abortion industry.

After the raid on his apartment, Daleiden released the following statement:

Today, the California Attorney General’s office of Kamala Harris, who was elected with tens of thousands of dollars from taxpayer-funded Planned Parenthood, seized all video footage showing Planned Parenthood’s criminal trade in aborted baby parts, in addition to my personal information. Ironically, while seizing my First Amendment work product, they ignored documents showing the illicit scheme between StemExpress and Planned Parenthood. This is no surprise–Planned Parenthood’s bought-and-paid-for AG has steadfastly refused to enforce the law against the baby body parts traffickers in our state, or even investigate them–while at the same time doing their bidding to harass and intimidate citizen journalists. We will pursue all remedies to vindicate our First Amendment rights.

What do you do if you're caught on video using partial-birth abortions to sell baby parts? Follow these 5 easy steps to coordinate rigged civil lawsuits with a corrupt top cop and silence independent reporting on your crimes! @daviddaleiden @KamalaHarris @PPFA @NatAbortionFed pic.twitter.com/D56xKThxbA

In September 2016, emails obtained by the Washington Times showed that Harris’s office collaborated with Planned Parenthood to produce legislation that targeted Daleiden. 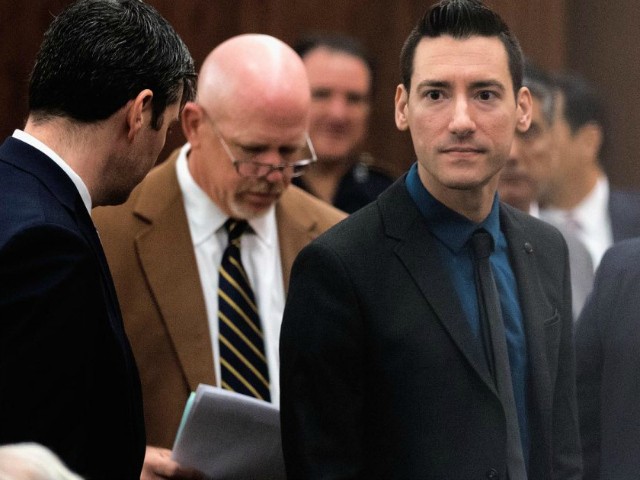 The emails, according to the Times, were accessed through a public records request and revealed conversations between officials of Harris’s office and Planned Parenthood regarding legislation that would criminalize undercover journalists for publishing and distributing recordings of private communications with abortion providers.

According to the Times:

The documents are another indication of Ms. Harris’ close relationship with Planned Parenthood and call into question the impartiality of her ongoing investigation of Mr. Daleiden, legal experts said.

The emails show Beth Parker, chief legal counsel for Planned Parenthood Affiliates of California, sending multiple drafts of AB 1671 to Jill Habig, who was at the time special counsel to the attorney general.

“Attached is the language for AB 1671, proposed amendments to Penal Code section 632,” Ms. Parker wrote in an email marked March 8. “I look forward to your thoughts about this.”

The Times continued by reporting that on March 16, Parker gave another legislation draft to Habig and asked for feedback.

“It is common to work on legislation pending before the California state legislature — the attorney general’s office does occasionally weigh in,” Cooley said, according to the Times. “It is extraordinary to collaborate with a particular entity on what is clearly legislation of specific benefit to them.”

Joe Biden’s choice of Kamala Harris as his VP makes his ticket the “most pro-abortion presidential ticket in history,” pro-life leaders say. https://t.co/PI30xkCmOT

Harris’s deputy prosecutor, Johnette Jauron, admitted in a court filing that the California Department of Justice brought this first-ever case against undercover news reporting solely because of the content of my message, writing that what made me different from other reporters was that my videos “were edited to enhance their shock value” and that therefore I was “culpable to a greater extent.” That is why I’m suing Kamala Harris in Los Angeles federal court for conspiracy to violate First Amendment civil rights. Obviously, I disagree that my videos were edited for shock value—what the raw footage shows Planned Parenthood doing is shocking enough—but highlighting the significance of your message is part of everyone’s right to free speech.

“Because Harris weaponized her office to punish opposing views and cover up the criminality of her patrons, my life has been turned upside down in the past four years,” Daleiden wrote last year. “The lives of my friends and colleagues have been irreparably damaged and disrupted. No American should ever have to fear punishment by the State for the content of their speech.”

Planned Parenthood and its media and political allies have continued the narrative that CMP’s videos of its staff engaged in haggling over the price of aborted baby body parts were “deceptively edited.”

However, in January 2019, the U.S. Court of Appeals for the Fifth Circuit affirmed, “The district court stated, inaccurately, that the CMP video had not been authenticated and suggested that it may have been edited.”

“In fact, the record reflects that OIG had submitted a report from a forensic firm concluding that the video was authentic and not deceptively edited,” the court added in a footnote of the decision. “And the plaintiffs did not identify any particular omission or addition in the video footage.”