She came. She saw. She did a little shopping. U.S. Vice President Kamala Harris ended her five-day diplomatic foray to France on Saturday by going shopping for some pots and skillets after a leisurely stroll through Paris.

Harris is the highest-ranking member of the Biden administration to visit France. The vice presidential trip to the oldest ally of the U.S. came as a USA TODAY/Suffolk poll last week revealed her approval rating is stuck in the basement at a dire 27 percent with no sign of shifting soon.

The five days in the capital saw a bi-lateral meeting with French President Emmanuel Macron alongside diplomatic dinners and meetings plus a conference.

Harris was also one of the VIP guests at the opening ceremony of the Paris Peace Forum, Macron’s yearly marquee event on globalism, in a visit that started with a fierce backlash after she appeared to put on a French accent to address scientists at a coronavirus lab in Paris on Tuesday, as Breitbart News reported.

On Saturday she sought to put all that behind her by going shopping accompanied by Second Gentleman Doug Emhoff.

The pair visited the E. Dehillerin Cookware Shop in Paris along with her security detail and attendant media, journeying to the 190-year-old kitchen supply store on the rue Coquilliere, near the Louvre museum.

Asked by a reporter if Emhoff was a good cook, she responded laughingly, “he’s an apprentice.”

Watch for yourself below:

After the shopping diversion was over, Harris paused outside to answer a question about the Russia-Ukraine conflict and its impact on local geo-politics.

The vice president said: “I cannot talk to you about classified information” and went on to express her concerns on the crisis and the threats appearing to indicate troubled Belarus has the potential to spill over into other countries in Europe.

Harris observed the “eyes of the world” are on the Belarus border as the Biden administration waded into the chaos in Eastern Europe, the Daily Mail reports.

Kamala Harris was accused of faking a French accent during her visit Tuesday to the Pasteur Institute in Paris. https://t.co/1r2PwAScrU

When asked about how her trip to France – which began on Tuesday – has been so far, she said it was “a very productive and good trip,” nodding to her two-hour meeting with Macron at the Elysee Palace on Wednesday.

“This trip was about, of course, making clear the long-standing relationship, but also that as we go into a new era for the world, that our work will continue,” she offered as an assessment.

“We do it with a sense of optimism, but a sense of strong conviction that the partnership between the United States and France remains and will continue to be a very strong one.” 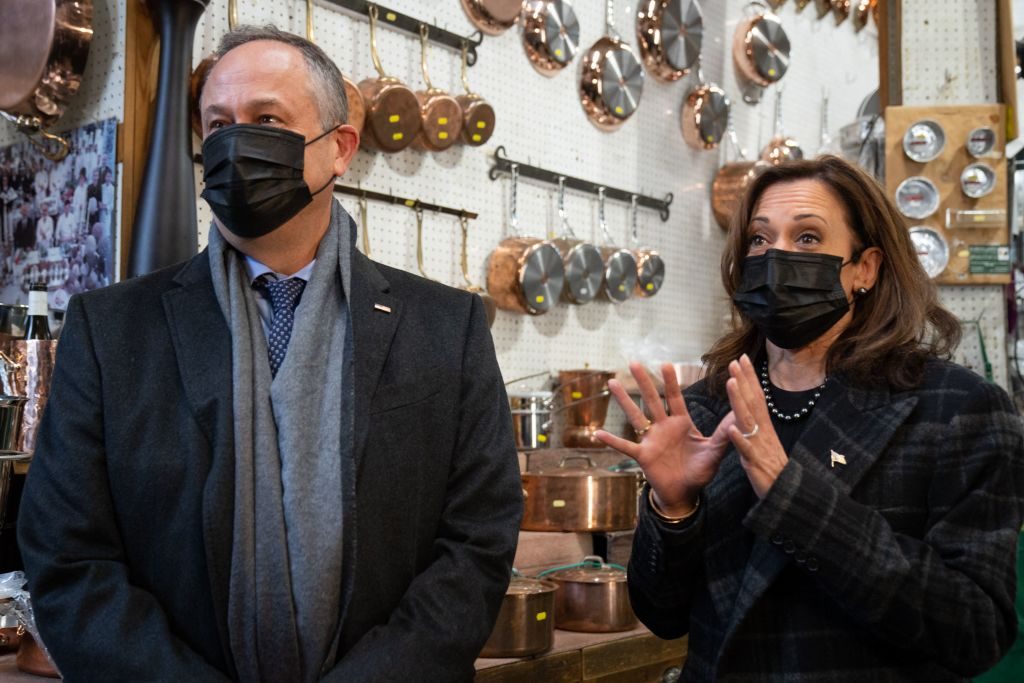 Despite such personal optimism, her trip notably lacked the kind of coverage past American VIPs have received in France.

Politico noted the “visit to France has not garnered the kind of popular or media interest that visits by Presidents Barack Obama or Donald Trump did” and the “French media coverage has been minimal.”

The vice president arrived back at Joint Base Andrews in Maryland aboard Air Force Two late Saturday.