The White House appears to have canceled a plan for President Joe Biden to have a press conference on Thursday after meeting with the leaders of Canada and Mexico.

White House press secretary Jen Psaki told reporters Friday there were plans for Biden to hold a press conference after the meeting. By Monday, however, she was unable to confirm the plan.

“The schedule is constantly changing, so let me just take another fresh look at it and we will confirm any details for you after the briefing,” she said, when asked to confirm the press conference.

Deputy Press Secretary Chris Meagher told reporters Wednesday that the press would be allowed to attend briefly at the beginning of each meeting, but would not commit to a press conference.

Traditionally, a press conference has been held after every “Three Amigos” summit, as has been the practice for the last eight occasions.

In 2012, when President Barack Obama hosted the summit at the White House, he held a press conference in the Rose Garden with both Canadian Prime Minister Stephen Harper and Mexican President Felipe Calderon. 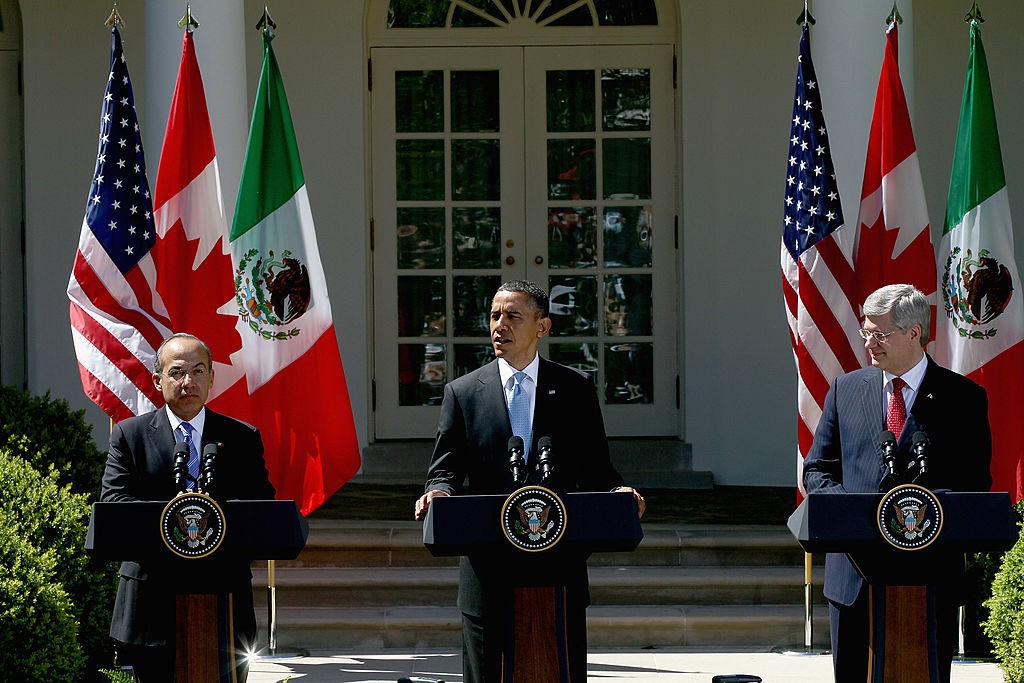 Biden also did not hold a press conference after his video conference call with Chinese dictator Xi Jinping last week.

Meagher said he would take requests from the press for a press conference, but he gave no indication that it would happen.

The decision not to have a press conference only adds to questions about Biden’s ability to understand and correctly answer questions.

The president responded to reporter questions about Taiwan during a trip to New Hampshire on Tuesday, but he was forced to clarify his answers after it was clear he could anger China with his response.

Biden also appeared not to understand a question from reporters about whether he would send a government delegation to the Winter Olympics in China.

“I’m the delegation, and I dealt with it,” he replied, walking away, leaving reporters baffled.

Meagher offered an explanation of Biden’s remarks to reporters the following day.

“The president was not providing an update in his answer last night and that’s all I got for you on that one,” he said.