Texas, Virginia, and California are among the top destinations for tens of thousands of Afghans brought to the United States as part of President Joe Biden’s massive resettlement operation out of Afghanistan.

Since mid-August, Biden has brought more than 73,000 Afghans to the U.S. and wants to bring several thousand more by the middle of next year. Afghans, arriving exclusively in Philadelphia, Pennsylvania, and Dulles, Virginia, are being temporarily housed at U.S. military bases.

Among those bases is the Holloman Air Force Base in New Mexico where about 4,300 Afghans continue living before they are resettled. A report from the Washington Post reveals that Texas, Virginia, and California — states with predominant Afghan populations — are the highest in-demand destinations for Afghans arriving.

So many Afghans want to go to Texas, Virginia, and California that Biden’s officials are trying to persuade them to instead resettle in cities like Birmingham, Alabama, and Chattanooga, Tennessee. 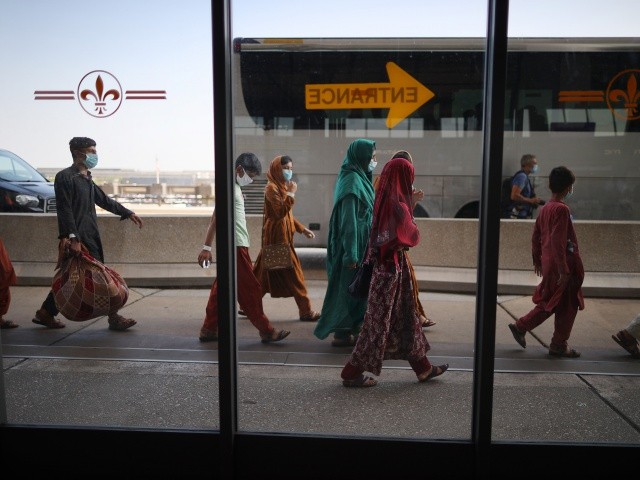 Refugees board buses that will take them to a processing center after they arrive at Dulles International Airport after being evacuated from Kabul following the Taliban takeover of Afghanistan August 27, 2021, in Dulles, Virginia. (Chip Somodevilla/Getty Images)

In addition, Mayorkas admitted that “not all” Afghans arriving in the U.S. have been interviewed in-person by federal officials — a standard protocol of refugee vetting that the 9/11 Commission intensely recommended following the September 11, 2001, Islamic terrorist attacks.

“We are not conducting in-person, refugee interviews of 100 percent individuals,” Mayorkas revealed.

The Biden administration is so rapidly resettling Afghans across the U.S. at an unprecedented volume that the temporary housing at Fort Lee in Virginia has closed. About 45,000 Afghans remain at bases in New Mexico, Wisconsin, Indiana, New Jersey, and Virginia.

Over the last 20 years, nearly one million refugees have been resettled in the country. This is a number more than double that of residents living in Miami, Florida, and would be the equivalent of annually adding the population of Pensacola, Florida, to the country. 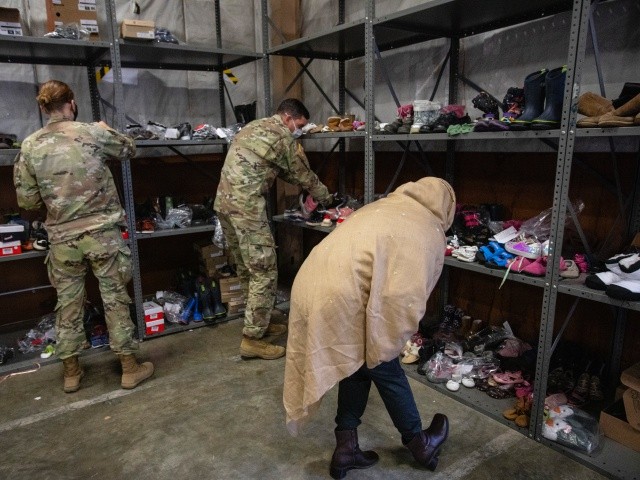 An Afghan refugee looks for donated shoes at the donation center at Ft. McCoy U.S. Army base on September 30, 2021, in Ft. McCoy, Wisconsin. (Barbara Davidson/Getty Images)

Refugee resettlement costs American taxpayers nearly $9 billion every five years, according to research, and each refugee costs taxpayers about $133,000 over the course of their lifetime. Within five years, an estimated 16 percent of all refugees admitted will need housing assistance paid for by taxpayers.