As reporters shouted questions at the president, his staff played soft elevator music as he exited the special set across the street from the White House in the Executive Office Building. The set was constructed to look like the White House, and digital window panes can be changed to project views of the Rose Garden.

This is the first time the White House staff has employed the strategy of using music. The press typically shouts questions at the president as he leaves the stage, turning his back to the cameras and walking off, which results in an uncomfortable optic. 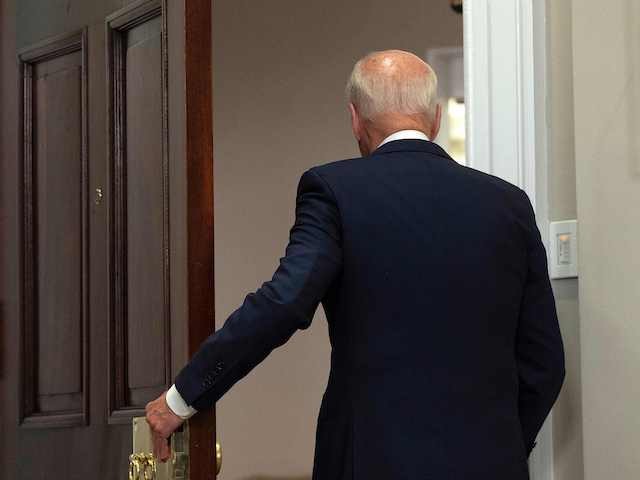 US President Joe Biden departs after delivering remarks about the ongoing evacuation of Afghanistan, on August 24, 2021, from the Roosevelt Room of the White House in Washington, DC. (Photo by JIM WATSON/AFP via Getty Images)

Biden is taking fewer and fewer questions as he continues avoiding interactions with the press, who keep asking him about higher inflation, worker shortages, supply chain problems, and high gas prices.

The president tried to signal an upbeat tone about the economy as he spoke to Americans before the Thanksgiving holiday.

“I know, for a lot of Americans, things are still very hard — very hard,” he said. “But if we look at the facts — all the facts — you can only come to one conclusion: We have made enormous progress in this country.”