In an exclusive statement to Breitbart News, Rep. Greg Murphy (R-NC) blamed the country’s current fentanyl crisis on the Biden administration’s open border policies, calling it a matter of national security and demanding the president and his team be “held responsible.”

Speaking with Breitbart News on Friday, Rep. Murphy, who has practiced medicine for decades, pinned the blame for the deadly fentanyl epidemic facing the country on the president’s open border policies.

“The fentanyl crisis that we are witnessing at our southern border is a direct result of President Biden’s reckless open border policies,” he said.

Citing a U.S. Drug Enforcement Administration (DEA) report that “80 percent of fentanyl that is trafficked into our country comes across our southern border,” he said we must secure the border in order to bring the crisis “under control.”

“As a physician of more than 30 years and a lawmaker, it is clear to me that to get our disastrous border crisis and fentanyl drug crisis under control, we must start by enforcing our laws and securing the border,” he said.

Noting the issue’s significance, he concluded by demanding the Biden administration be held accountable for endangering citizens.

“This is a matter of national security and public health, and we must hold the Biden administration responsible for their senseless, harmful policies that are putting American lives in danger,” he said.

On Friday, Rep. Murphy wrote a letter with other members of the House GOP Doctors Caucus urging the Biden administration to address the surge in fatal fentanyl overdoses owing to the southern border crisis.

In the letter, sent to Department of Homeland Security (DHS) Secretary Alejandro Mayorkas, the doctors wrote of their “grave concern” over the matter, blasting the current administration for its refusal to secure the border.

“Thus far, the Administration has offered stale talking points and rehearsed political gestures but has yet to administer a clear and targeted directive to handle the Biden Border Crisis,” the doctors wrote.

It goes on to blame the president’s border policies, which, according to the letter, are being exploited by criminals to “poison” American citizens. 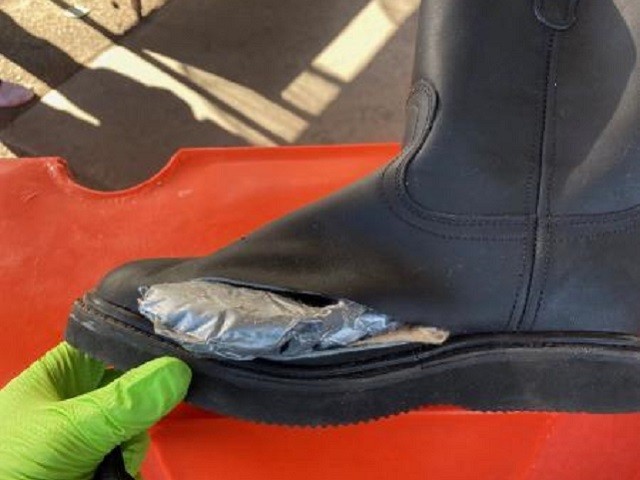 “It’s no secret that our adversaries are taking advantage of President Biden’s open border policies,” it continues. “We know that Mexican drug cartels are working with Chinese transnational criminals to rapidly produce fentanyl in record numbers to poison Americans.”

Calling it a “cruel, unrestricted action against the American people” and a “direct result of a disastrous immigration policy,” the letter issues a call for the president to act for the nation’s sake.

“We can and we must intervene for the sake of our nation,” it reads. “Enforcing our rule of law is within our control, and President Biden must act.”

According to the Centers for Disease Control and Prevention (CDC), drug overdoses have reached a record high under Biden’s presidency.

The CDC’s data revealed that, for the first time, over 100,000 people died in the United States from drug-related deaths in the 12-month period from April 2020 through April of 2021.

The numbers indicated a 29 percent increase from the last reported 12 months — equal to one death every five minutes.

The drug-related deaths have been fueled by fentanyl, a highly lethal opioid that has surpassed heroin as the drug involved in more overdose deaths than any other.

The proliferation of fentanyl-laced pills, which are more lethal than ever, has devastated communities.

Mexican cartels have been taking advantage of the migrant crisis along the southwestern border to move fentanyl and methamphetamine-laced pills to all parts of the U.S. The DEA reported more than 9.5 million counterfeit pills were seized nationwide in September and October this year, which is more than all of 2019 and 2020 combined.

According to the federal agency, Mexican cartels perfected the mass production of fentanyl and fentanyl-laced pills using precursor chemicals typically sourced from China. The cartels then move fentanyl and counterfeit opioid pills through a network of associates from the border to cities across the U.S., a highly profitable endeavor.

As reported by Breitbart Texas, Border Patrol highway inspection checkpoints were closed as a result of the Haitian migrant crisis in September, though illicit narcotics routinely enter the U.S. at the checkpoints.