White Coats for Black Lives (WC4BL), a radical socialist organization of doctors and medical students, is succeeding in its mission to racialize the practice of medicine, believing that the “dominant medical practice in the United States has been built on the dehumanization and exploitation of Black people.”

With at least 75 chapters at medical schools across the country, WC4BL seeks to radically redefine the practice of medicine in the United States, as it advocated “prioritizing” black patients over other patients and “unlearning toxic medical knowledge and relearning medical care that centers the needs of Black people and communities,” according to its 16-page missive. [Emphasis added].

Furthermore, the organization believes “whiteness is an invented political tool created through violence in the service of establishing domination,” “whiteness has been historically used as a violent means for stealing lives,” and “racism, capitalism, and white supremacy are interdependent systems which lead to the particular dehumanization, exploitation, and murder of Black people.” 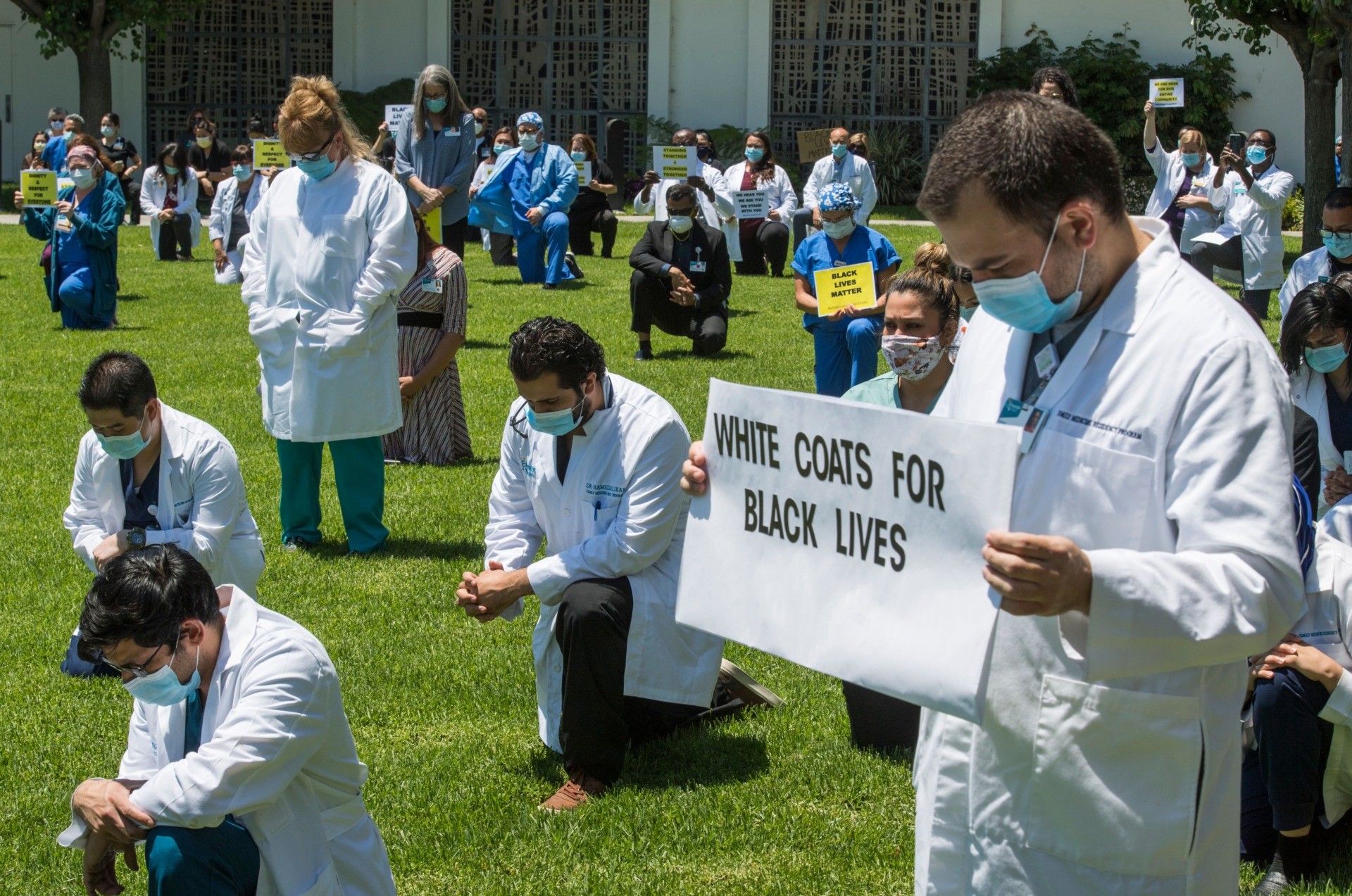 People kneel as doctors, nurses and other health care workers participate in a “White Coats for Black Lives” event in solidarity with George Floyd. (MARK RALSTON/AFP via Getty Images).

WC4BL also promotes what appear to be significant medical falsehoods. For example, they seek to “deconstruct the falsehood that weight equates to health, including ending the use of BMI.” [Emphasis added].

The group, which advocates for “dismantling dominant, exploitative systems in the United States, which are largely reliant on anti-Black racism, colonialism, cisheteropatriarchy, white supremacy, and capitalism,” also blame “systemic oppression” for ailments like hypertension:

Black people in the U.S. have higher rates of hypertension, not due to inherent vulnerability or personal behavior, but because of systemic oppression. The persistent erasure of this reality serves multiple purposes: 1) It avoids naming and identifying anti-Black racism as a cause of disease, 2) it is a mechanism used by governing systems and healthcare providers to absolve themselves from addressing the systemic causes of disease, and 3) it allows continued profiteering off of the oppression of Black and brown people.

The “professionalization of the medical field,” they contend, has been part of the “violence [used] to oust women and femme healers … particularly Black women.” The group then appears to chide medical education and expertise as part of the oppressive system, saying “transitioning from a trade field to a profession where trainees have to attend a medical school,” has been a major barrier to entry. [Emphasis added].

“The power and prestige given to medical doctors in the U.S. today is not a direct result of scientific advancement or service to the larger community,” they opine, “but the intentional and often violent consolidation of power.”

But while they have such an openly radical and racist ideology, WC4BL is making significant headway in the medical schools at which they have chapters. 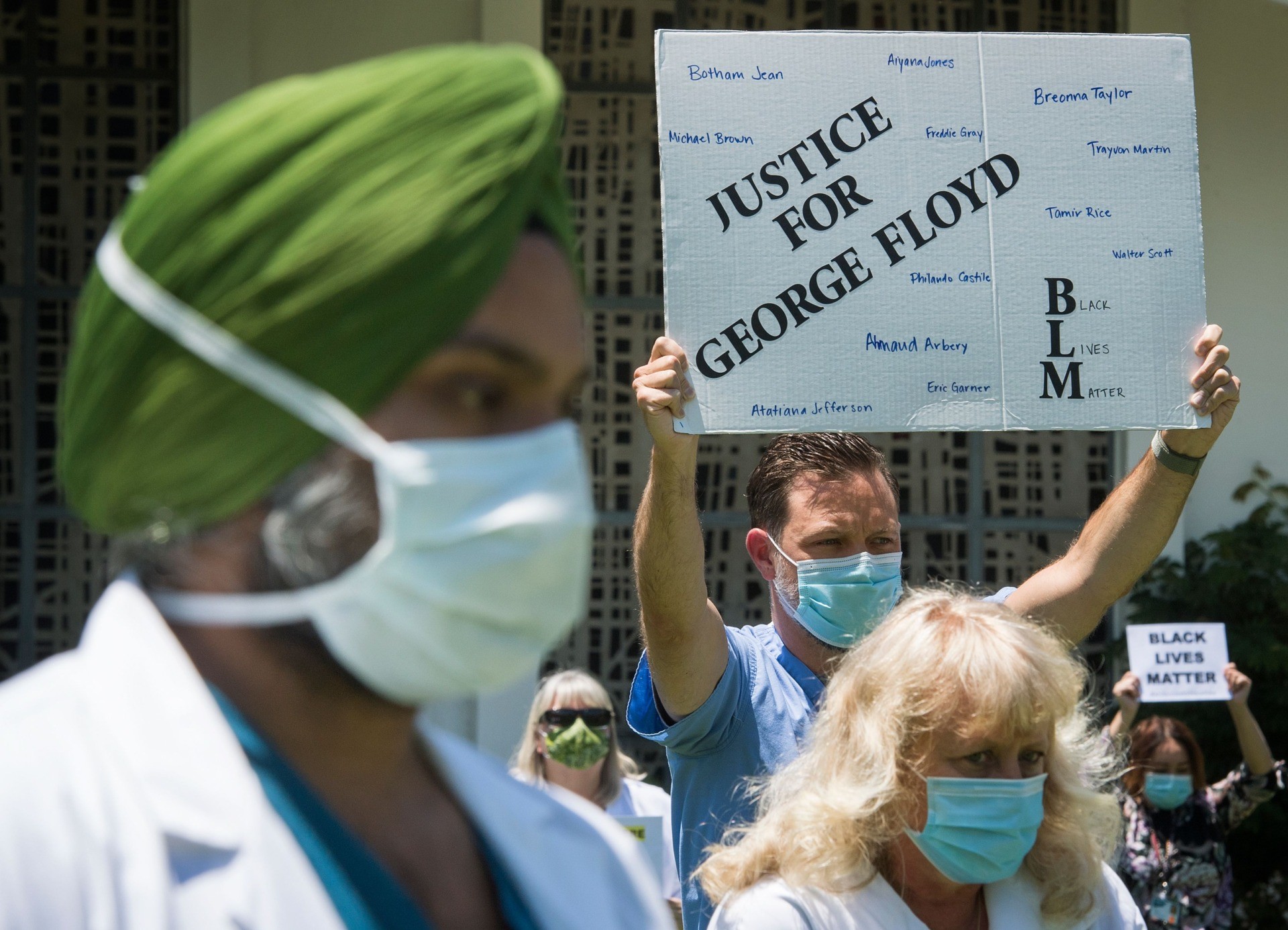 Columbia’s plan calls specifically for “an intersectional framework that incorporates critical race theory,” and “faculty development … by individuals grounded in critical race theory.” They also plan to “reassess the utilization” of “test scores and grade point averages in admissions decisions.”

"The dean of Pitt’s School of Medicine agreed on Thursday to comply with a litany of wide-ranging demands from Black students, after multiple meetings and more than 400 petition signatures."#actionsspeaklouderhttps://t.co/L7yElGI2nc

The Association of American Medical Colleges (AAMC) also cites WC4BL as inspiration for its “Creating Action to Eliminate Racism in Medical Education” guide.

The guide, which is riddled with citations of prominent critical race theory purveyor Ibram x. Kendi, includes definitions of racism that only apply to white persons, saying it is “helpful” to understand “white privilege” as “an invisible package of unearned assets that I can count on cashing in every day, but about which I was ‘meant’ to remain oblivious.” 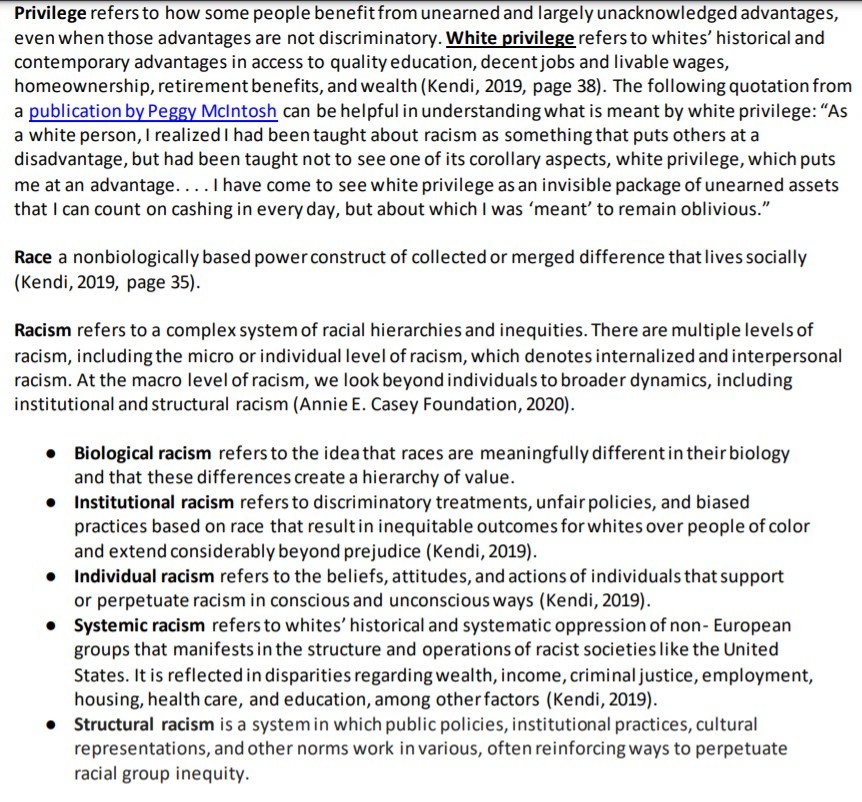 University of California-San Francisco School of Medicine also cites WC4BL as part of its “active community of cultural registered campus organizations,” and boasts that “since 2015, communication and racial bias has been incorporated into new student orientation as students first set foot on campus at the beginning of their medical school careers.”

“During this orientation,” the diversity, inclusion, and equity page continues, “students discuss microagressions, unconscious bias and what diversity, equity and inclusion mean as future physicians.”

Many other medical schools have capitulated to the demands of WC4BL.

The radicalization of medicine does not only exist at medical schools. As Breitbart News reported, it has seeped into professional cancer treatment as well.