Democrat activist Huwaida Arraf, who cofounded the anti-Israel International Solidarity Movement (ISM), is running for Congress in Michigan’s Tenth District, which was redrawn into a competitive battleground during the redistricting process.

Arraf, a Palestinian American and lawyer, is currently the lone Democrat candidate running in the once solid red district. The district now only slightly favors Republicans after Michigan’s redistricting commission approved its final congressional map on December 28.

Publicizing that fact on social media on Sunday as she asked supporters to follow her, Arraf wrote, “I’m a mom, a human rights activist and attorney, and I’m running to turn Michigan’s new 10th district blue. This is one of the most competitive suburban districts in the country and I need your support to win.”

I'm Huwaida Arraf. I'm a mom, a human rights activist and attorney, and I'm running to turn Michigan's new 10th district blue. This is one of the most competitive suburban districts in the country and I need your support to win. Can we get to 1200 followers today? #MI10

Aside from cofounding ISM, Arraf wrote an article with her husband and ISM cofounder Adam Shapiro in 2002 — during a peak in Palestinian terrorism against Israel — in which the pair condoned both a “nonviolent and violent” Palestinian resistance.

The couple’s article, published in the Palestine Chronicle, read:

The Palestinian resistance must take on a variety of characteristics — both nonviolent and violent. But most importantly it must develop a strategy involving both aspects. No other successful nonviolent movement was able to achieve what it did without a concurrent violent movement.

Later, in 2015, Arraf sought to clarify her stance:

Recognizing legitimate armed struggle (as the United Nations has done in numerous General Assembly resolutions, and as does the First Additional Protocol to the Fourth Geneva Convention) does not equate to supporting the killing of civilians. Furthermore, the ISM has always been quite clear that, although we recognize the Palestinian people’s right to legitimate armed struggle, we only support nonviolent means of resistance.

The defense from Arraf appeared in a Washington Post op-ed, written by law school professor David Bernstein in 2015. Bernstein asserted Arraf’s ISM group was “pro-terrorist” and pointed to a remark in her 2002 article in which Arraf and Shapiro described what they meant by “violent” Palestinian resistance.

“‘Violent resistance is when an armed Palestinian fighter shoots an Israeli who is oppressing him.’ Note, not an ‘Israeli soldier’ but any Israeli deemed to be ‘oppressing’ a Palestinian,” Bernstein wrote as he quoted the article.

The Israel Ministry of Foreign Affairs has also condemned ISM, describing it as unpeaceful. “It should be noted that the ISM is not a peaceful organization and its members should not be termed ‘peace activists,’” the ministry wrote in 2012. “Members of the ISM actively have supported terrorists and interfere in legitimate defensive activities of the IDF.”

Arraf launched her bid for office in November against incumbent Rep. Lisa McClain (R-MI), who won her last election by more than 30 points. 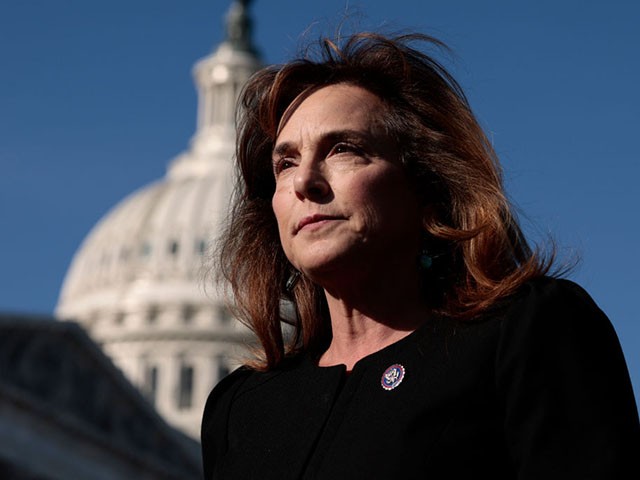 A longshot candidate at the time, Arraf has now suddenly become a realistic contender after McClain switched to run for reelection in the Ninth District while the Tenth District became an open seat. FiveThirtyEight estimates the old Tenth District favored Republicans by 34 points, while the new version of the district gives Republicans only a six-point advantage.

Michigan’s redrawn congressional map, although finalized, is now facing litigation, but any map changes resulting from legal battles would likely have minimal impact on the Tenth District.

The newly drawn district is situated north of Detroit and is comprised largely of the southern portion of Macomb County.

Republicans looking to jump in the race against Arraf include, per M Live, attorney Eric Esshaki and potentially John James, who lost to Sen. Gary Peters (D-MI) by less than two points in a highly competitive U.S. Senate race in 2020.

McClain, who currently represents the district, denounced Arraf as someone who would serve as “another member of the Squad.”

“Huwaida Arraf is a Bernie Sanders style socialist who does not share the views of Michigan’s 10th Congressional District. The last thing we need in Congress is another member of the Squad, and that’s exactly who she would align with if elected,” McClain said in a statement provided to Breitbart News.