WASHINGTON, District of Columbia — Thousands of pro-life high school and college students from across the country gathered at the National Mall in Washington, DC, Friday to attend the 49th annual March for Life.

A crowd of an estimated 50,000-plus mostly young people rallied near the Washington Monument before marching to the Supreme Court to stand for the rights of the unborn by protesting abortion and Roe v. Wade. This year’s theme is “Equality Begins in the Womb.”

Franciscan University student Luke explained what he believes is a societal problem with the acceptance of abortion, saying, “The abortion industry is such a terrible thing. And that our society kind of tends to glorify, just this kind of selfishness that comes with it of like, you know, ‘My rights and my privileges and what I want is more important than the life of this baby.’” Franciscan is a Catholic university in Steubenville, Ohio. 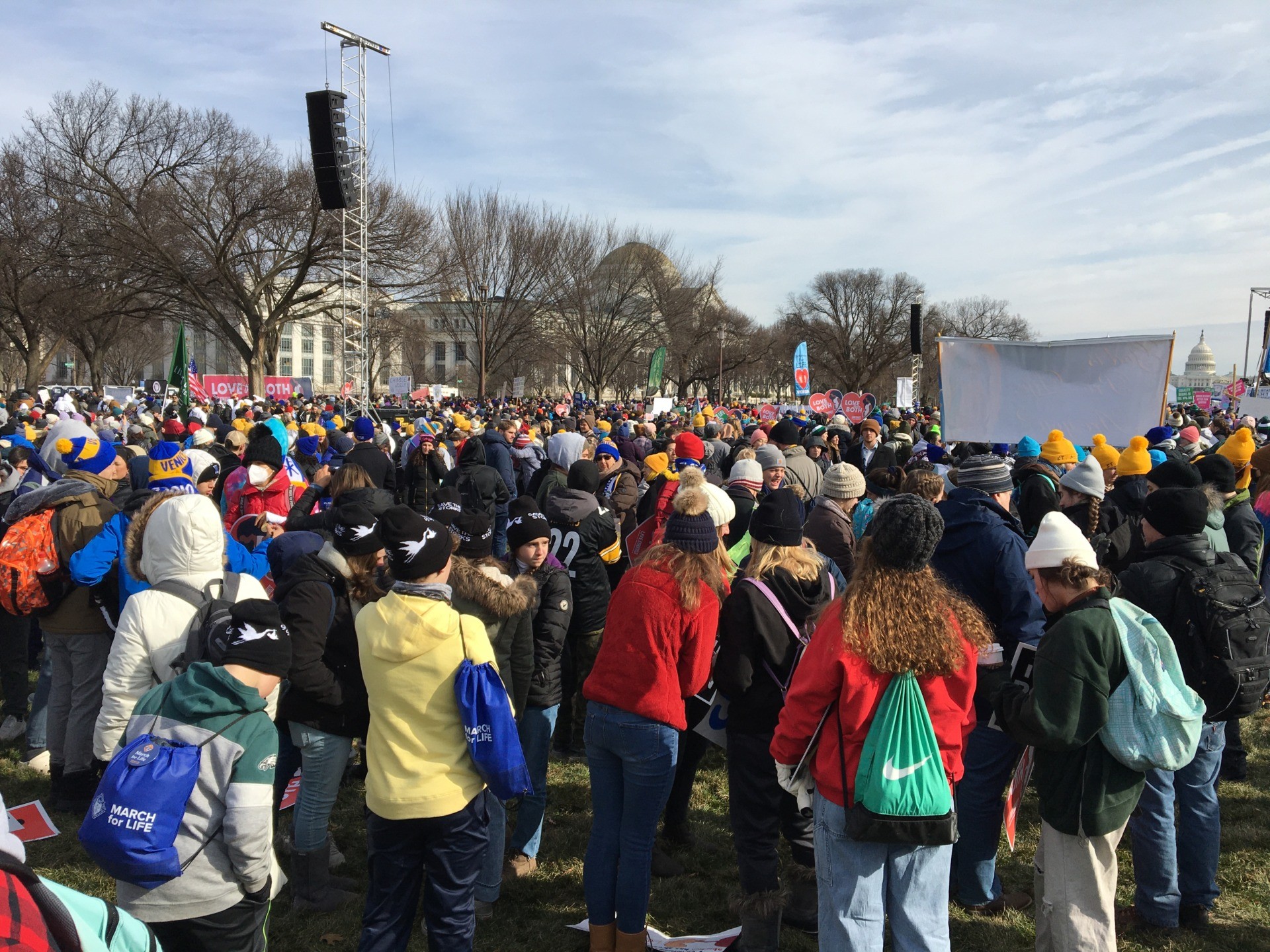 “Pro-life isn’t just about abortion,” Luke explained further. “So everything from euthanasia and caring for elderly people, and caring for people with mental disabilities. We tend to cast those people aside and just say, ‘They don’t matter,’ just because they’re inconvenient.”

High school student Julia from the Roman Catholic Archdiocese of New Orleans told Breitbart News she is attending the March because “the baby inside of a woman is a real life from the moment it’s conceived and we believe that life has a right to live. … Everyone should have an equal chance in life.”

Ella, another student from the Archdiocese of New Orleans, said, “I’m here to support all of the unborn babies that are in moms’ wombs to know that everyone’s there for them, praying over them, and protecting them and that they are human lives that we should appreciate.” 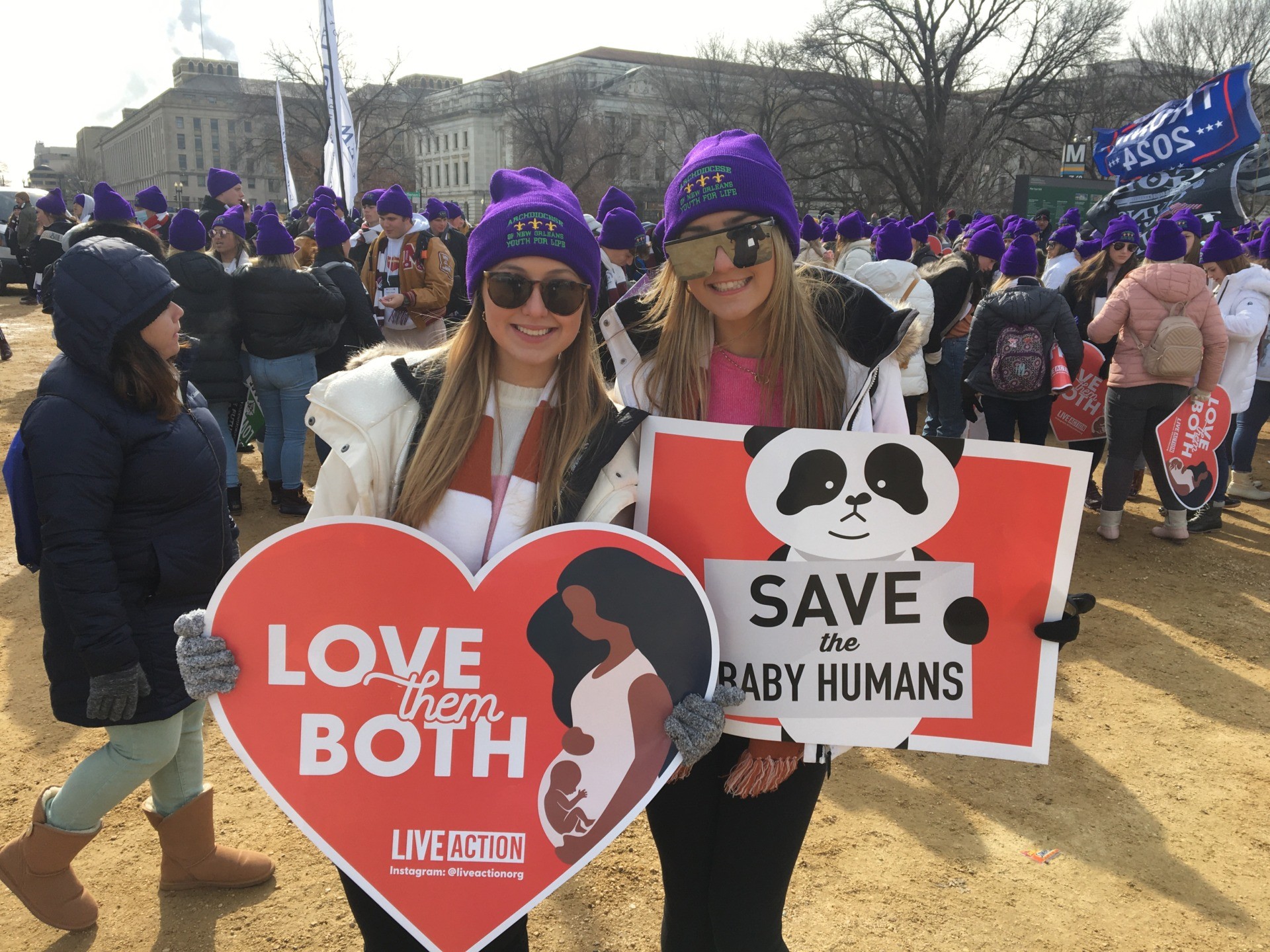 “Every baby is worth saving and living a full life and we should protect all of them,” she concluded.

“Being pro-life means just really seeing the worth and dignity of every person, whether they’re in the womb or out of it,” Franciscan student Brendan told Breitbart News. 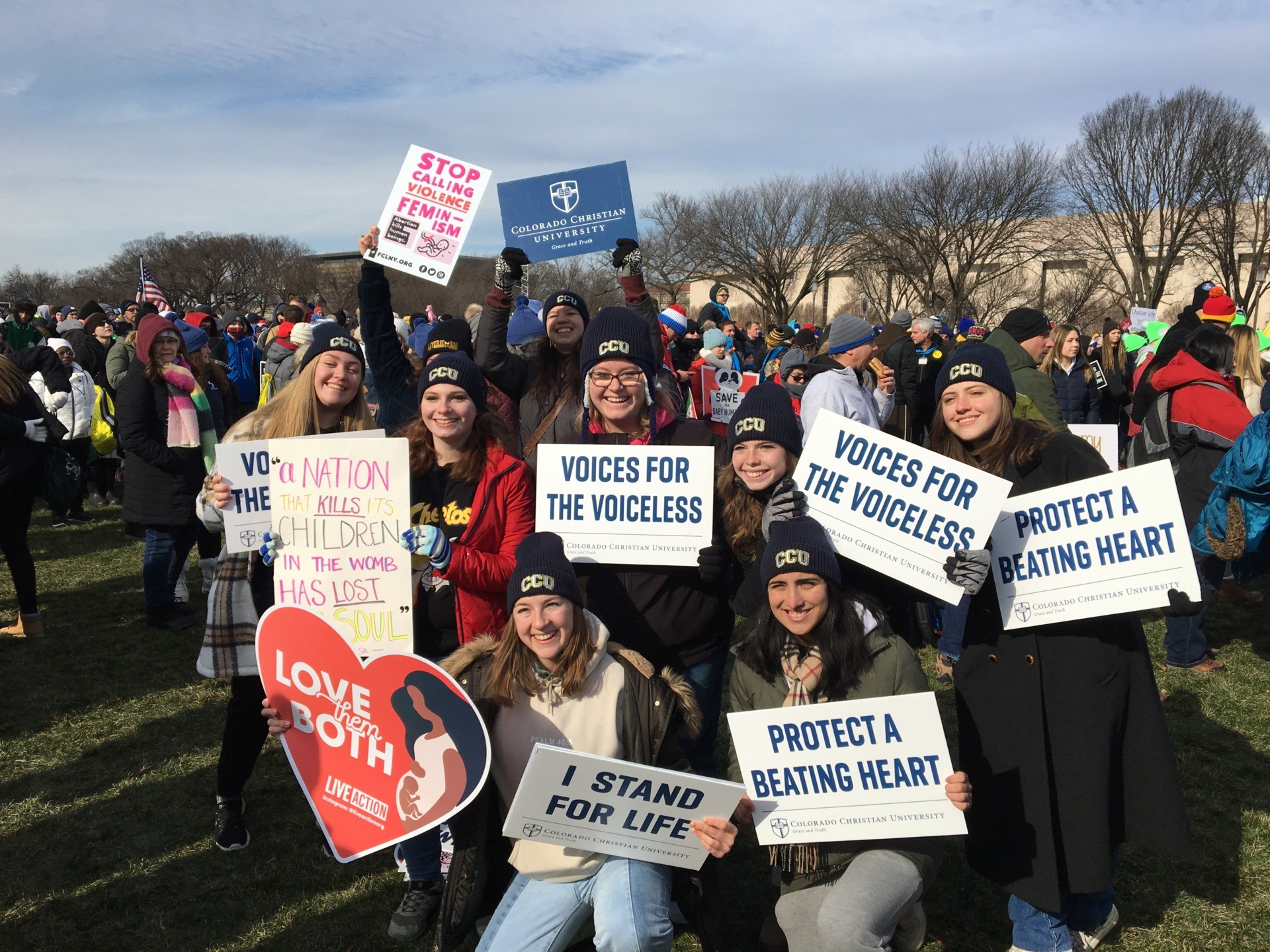 But being pro-life is not just a religious issue, according to Brendan. “All the time, you’re seeing more and more scientific evidence that this really is a human being in the womb earlier and earlier on,” he said. “We’re getting better medical technology, which allows us to see heartbeats and stuff like that earlier and earlier on. And often, all a person needs is not necessarily religious argument, but often all they need is to see an image of the child in the womb … and they’re often convinced to ditch their pro-choice and other pro-abortion stances and become pro-life.”

In the same vein, Luke told Breitbart News, “The Constitution guarantees the right to life, and I think it’s becoming a consensus among secular scientists, too, that babies can be viable very early on. And there’s more and more biological, not religious, space with scientific evidence that the baby inside the womb is a living person.” 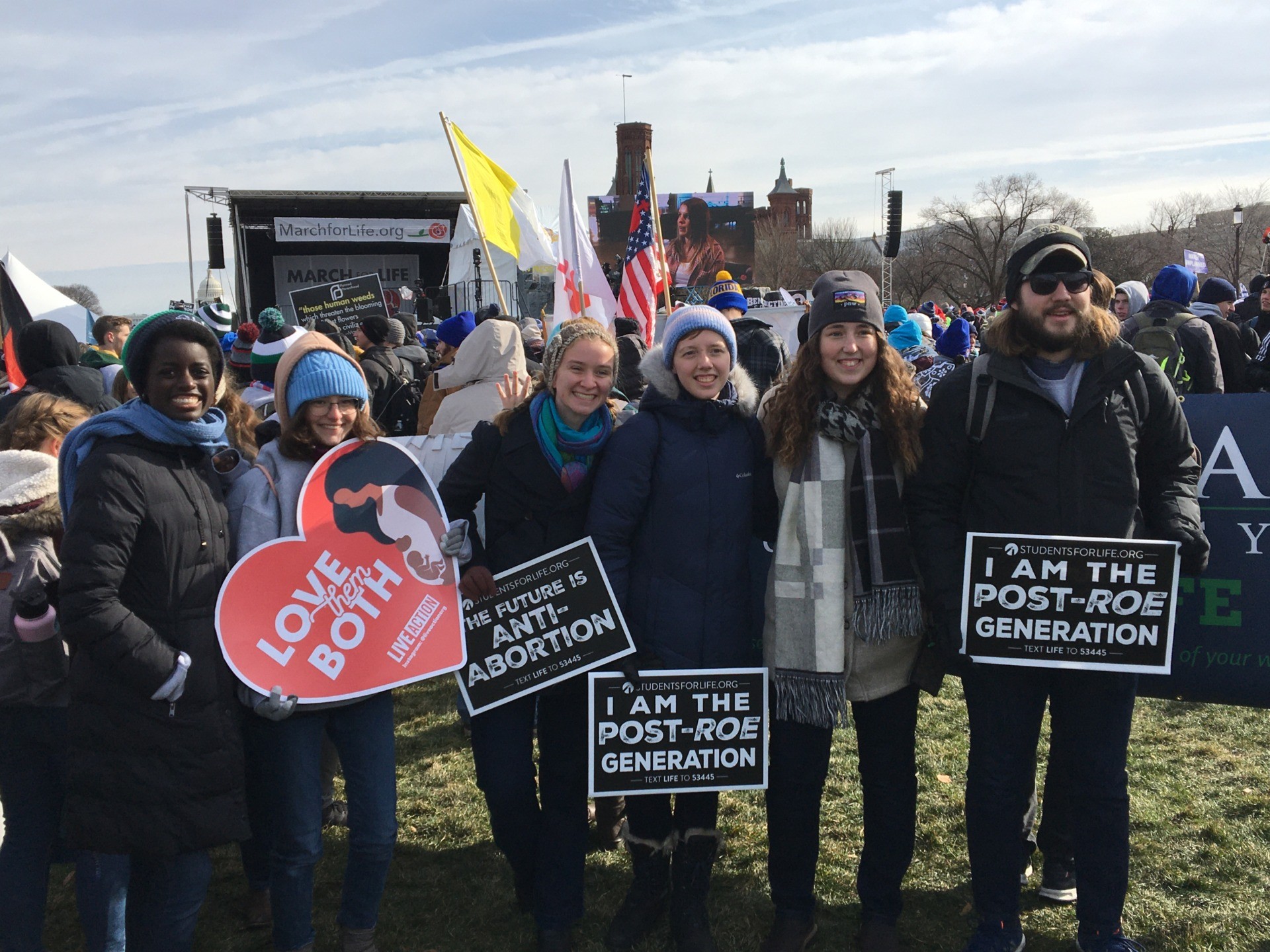 On the minds of many in the crowd was Dobbs v. Jackson Women’s Health Organization, a case before the U.S. Supreme Court that is considered to be the most significant challenge to Roe in years.

While some are cautious, many remain optimistic about the Supreme Court’s ruling, which will be decided later this year.

“From a legal perspective … Roe v. Wade, it was not a very well run decision,” Luke said. “It was not based on very good precedent, very weak arguments from the justices.” 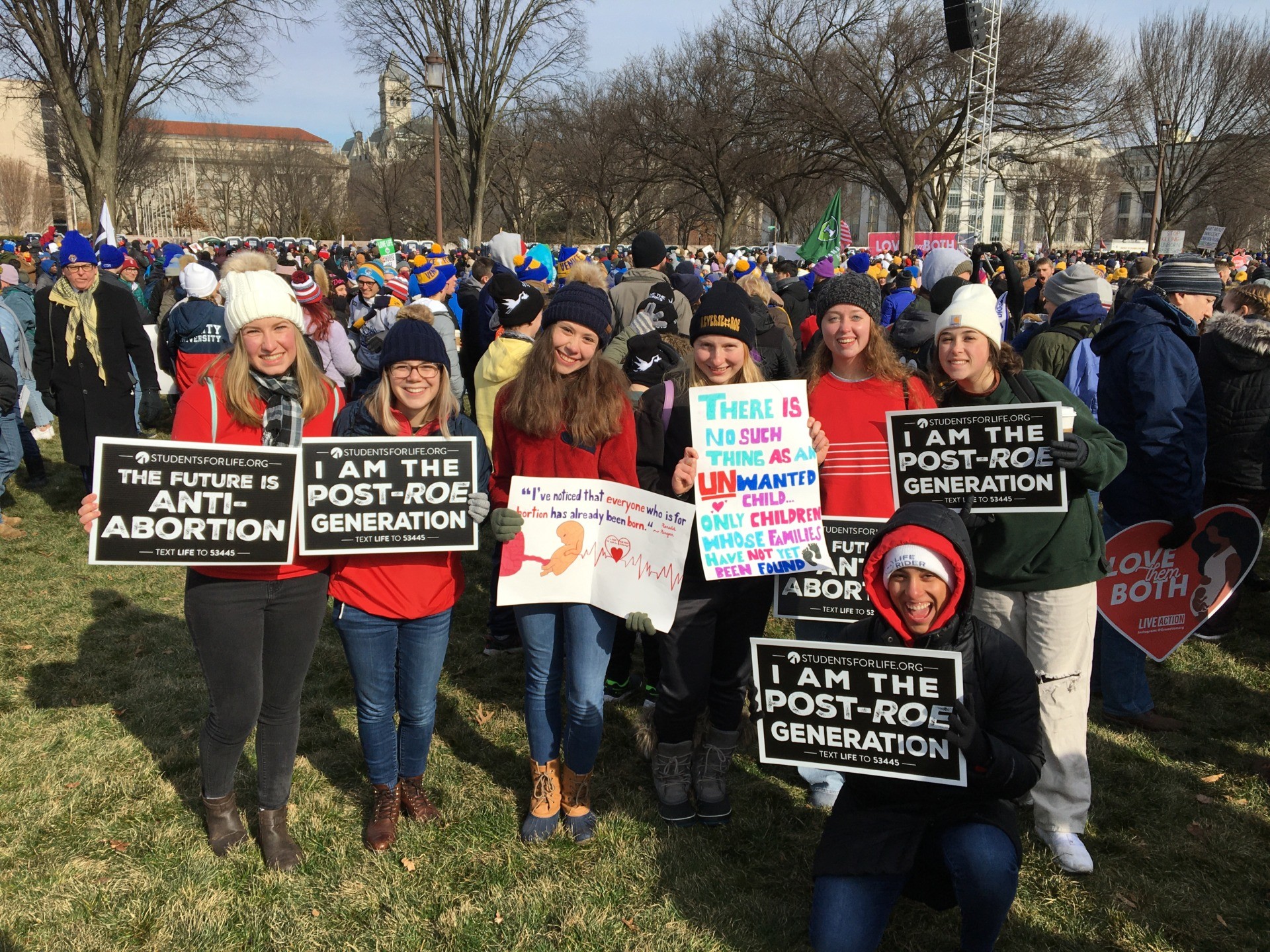 “Sometimes I get really excited, sometimes I feel like that the justices are gonna waffle,” he continued. “I’m hoping they do the right thing, which I think is to overturn Roe v. Wade, but I don’t know. We’ll have to see how it plays out.”

Brendan, however, is a bit more encouraged by the prospect of overturning Roe, telling Breitbart News, “I’m fairly optimistic considering there are so many judges on the court who lean conservative now, and I hope and pray that they’ll make the right decision. I’m very optimistic. I think this March this year is more important than ever now, considering the Dobbs case is being decided upon right now. I think we really have a chance to make our voices heard here and really show our support for that, and maybe sway some people’s opinions.” 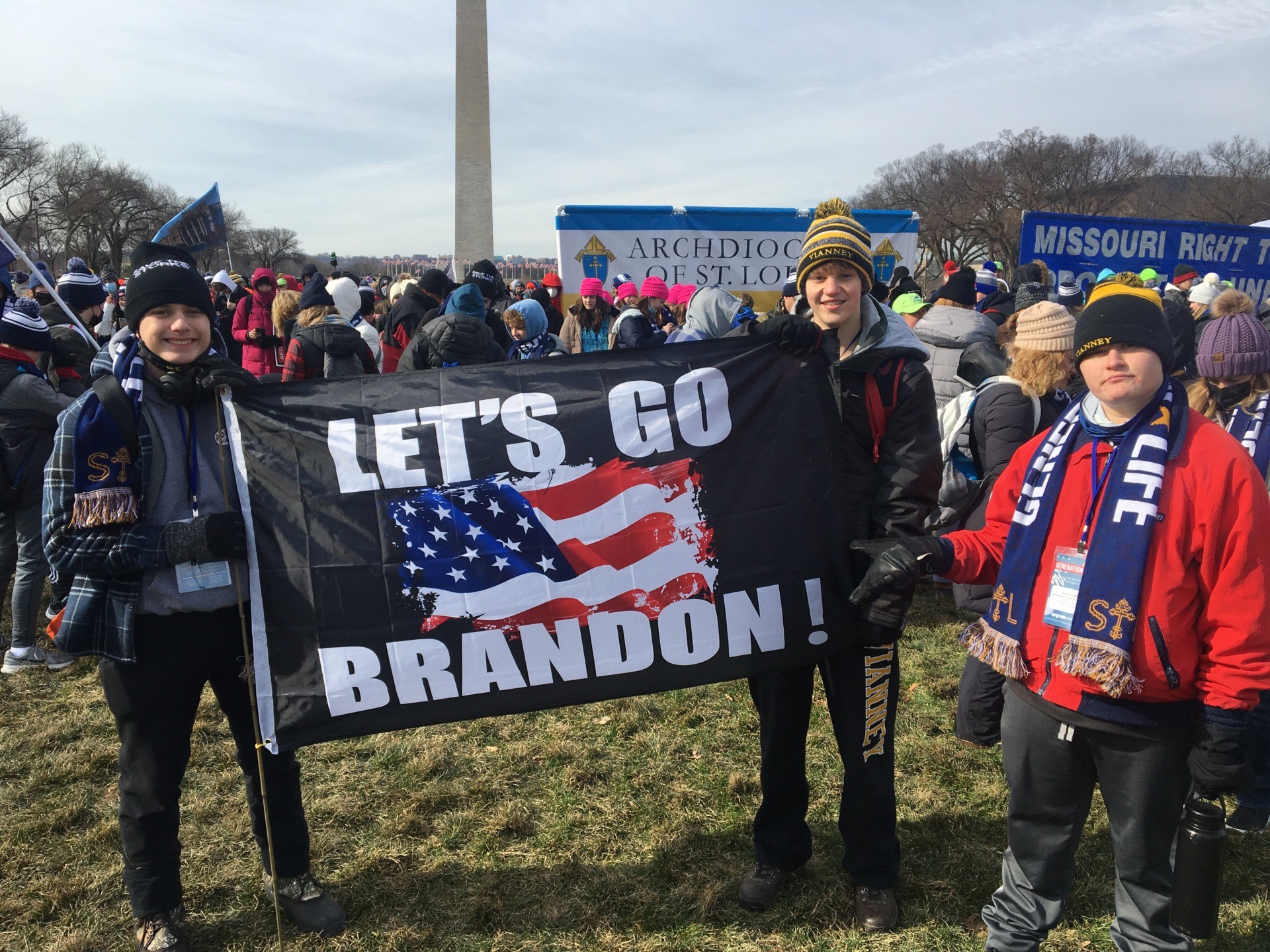 “This year’s March for Life theme is ‘Equality Begins in the Womb,’” March for Life President Jeanne Mancini said in her remarks to the rallygoers. “The word equality is often used but rarely defined. … The truth is that we are all equal in dignity, regardless of skin color, disability status, socioeconomic background, or stage of life, including earliest stages of life. Every life has inherent human dignity and every life matters.”