An upstate New York couple is facing a maximum of seven years in prison after allegedly presenting fake vaccination cards to enter the Buffalo Bills playoff game earlier this month at Highmark Stadium.

Both Michael Naab, 34, and Amber Naab, 37 of West Seneca, have been charged with one count of Criminal Possession of a Forged Instrument in the Second Degree (Class “D” felony) and were arraigned on Tuesday in Orchard Park Town Court, according to a release from the Erie County District Attorney John J. Flynn’s office.

The pair is accused of using fake vaccination cards to gain entry to the Buffalo Bills vs. New England Patriots Wild Card playoff game on January 15. 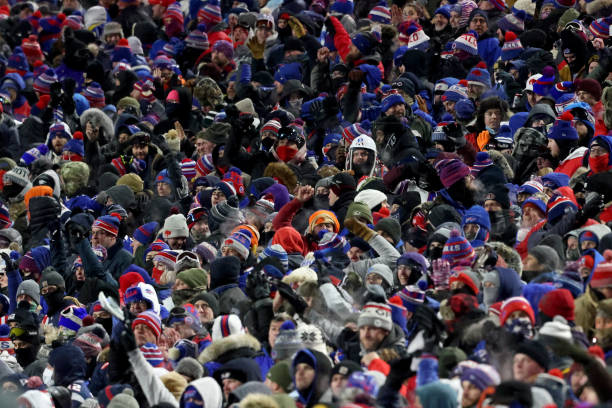 BUFFALO, NEW YORK – JANUARY 15: Fans during the second quarter of a game between the Buffalo Bills and the New England Patriots at Highmark Stadium on January 15, 2022, in Buffalo, New York. (Photo by Bryan M. Bennett/Getty Images)

On December 22, Democratic Gov. Kathy Hochul signed a bill into law specifying “that a vaccination card is considered a ‘written instrument’ under New York State penal laws related to fraud,” Flynn’s office wrote in a release. It will be the first case prosecuted in Erie County following the bill’s signing. 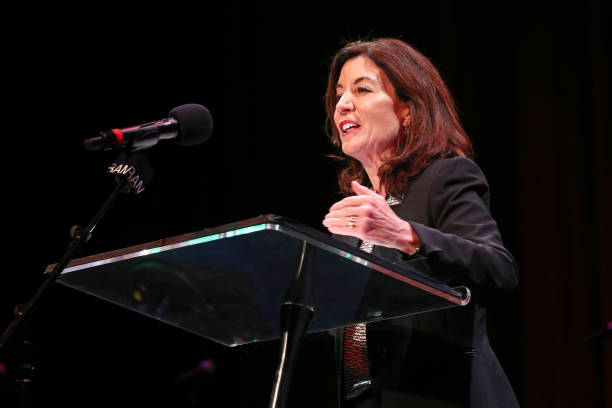 Individuals who misrepresent their vaccination history, not only jeopardize their own health, but the health of all those they come into contact with. This legislation ensures that as New York opens up and many businesses choose to rely on checking vaccination status, the falsification of vaccination records will not be tolerated.

Flynn stated in the release:

This legislation specifically states that a vaccination card is a written instrument, which makes it clear that presenting a fake vaccine card, with the intent to defraud another person or entity, is a crime. I am committed to keeping the residents of Erie County safe, which includes upholding laws related to public health. These two defendants are accused of using a fake vaccine card to intentionally violate the rules at the stadium, potentially putting the health of other fans at risk. As I have stated before, if you present a fake vaccine card, you will be prosecuted.