A former Google employee who became infamous for her far-left activism at the tech giant, Meredith Whittaker, is set to join the FTC, which progressive activists hope to use as a regulatory sledgehammer to get what they want from Silicon Valley.

Whittaker is a far-left radical who worked in the field of “machine learning fairness,” a new academic discipline that aims to bring the racist assumptions of Critical Race Theory to the field of computer science.

The far-left former Googler has made no secret of her far-left, racist opinions, previously attacking white women for supporting Trump.

Thank you! Diversity in AI is essential. But I think we need to take an intersectional view, recognizing that over half of *white* women voted for Trump, and dismantling the corporate feminist myth that women in positions of patriarchal power are liberatory for the rest of us.

In 2019, Breitbart News exclusively published an internal conversation from Google in which Whittaker branded Kay Coles James, the president of the Heritage Foundation an “exterminationist” who believes LGBT people are “sub-human.” Whittaker successfully pressured Google into shutting down an AI ethics board that had Coles James as a member. 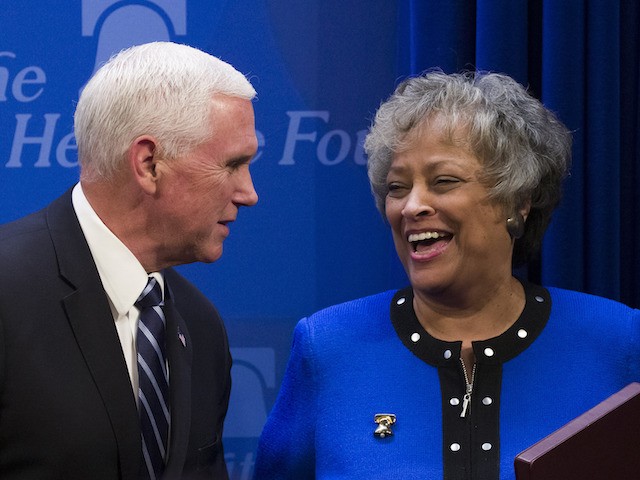 She has also called the conservative news website Daily Caller a “hate site” and has rejected any cooperation with conservatives on regulating Big Tech.

Another former Facebook worker with a different, more structural, take on how to remedy the company's harms 👇 https://t.co/Od64MhuAPp

Much like the far-left Facebook “whistleblower” Frances Haugen, Whittaker supports the use of regulatory power against Facebook — specifically, breaking it up — to help with “trust & safety issues” and to “diversify decision-making.”

The far-left are waging a relentless campaign against Facebook for not censoring enough content, driven by frustration over continued conservative success on the platform.

This is despite the fact that changes to the platform since 2016 have suppressed the traffic of Breitbart News and other conservative publishers by double digit margins.

Democrats on the FTC have made indications in the past that they intend to use the regulatory agency’s power to promote a far-left agenda in the tech industry.

FTC commissioner Rebecca Slaughter, a Democrat, cowrote an article this August on how she aims to promote “social justice through consumer protection and competition law and policy,” and how “the FTC can use its unfairness authority to target algorithmic injustice” and “to target conduct that harms consumers based on their protected status.”

The current FTC complaint against Facebook makes an oblique reference to how Facebook’s harms include preventing “brand safety measures such as sensitivity to neighboring content” –which is a code word for censorship.

The current FTC chairwoman, Lina Khan, whose appointment was praised by some on the “national populist” right, has made it clear that she believes Big Tech “incentivizes the dissemination of disinformation and inflammatory content.” 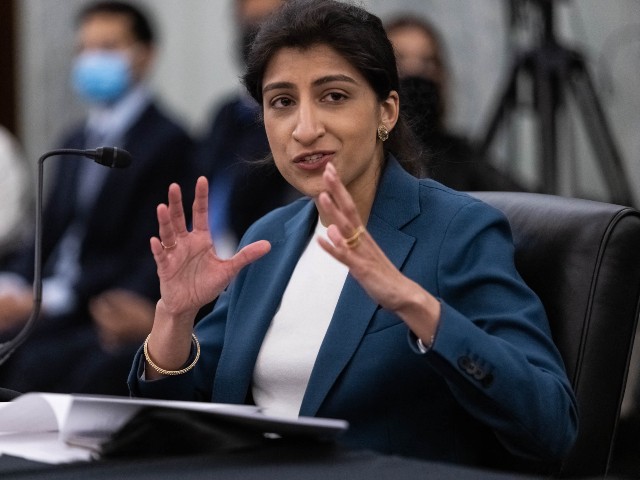 The appointment of Whittaker proves that these previous comments from FTC Democrats weren’t simply pandering — they really intend to use the FTC’s power to promote a far-left agenda in the tech industry, and are elevating far-left appointees to make it happen.

And many Republicans bought the narrative about “bipartisan” antitrust efforts hook, line, and sinker, jumping on board with efforts to hand massive new regulatory powers to the FTC at the very moment the commission became occupied by pro-censorship leftists.